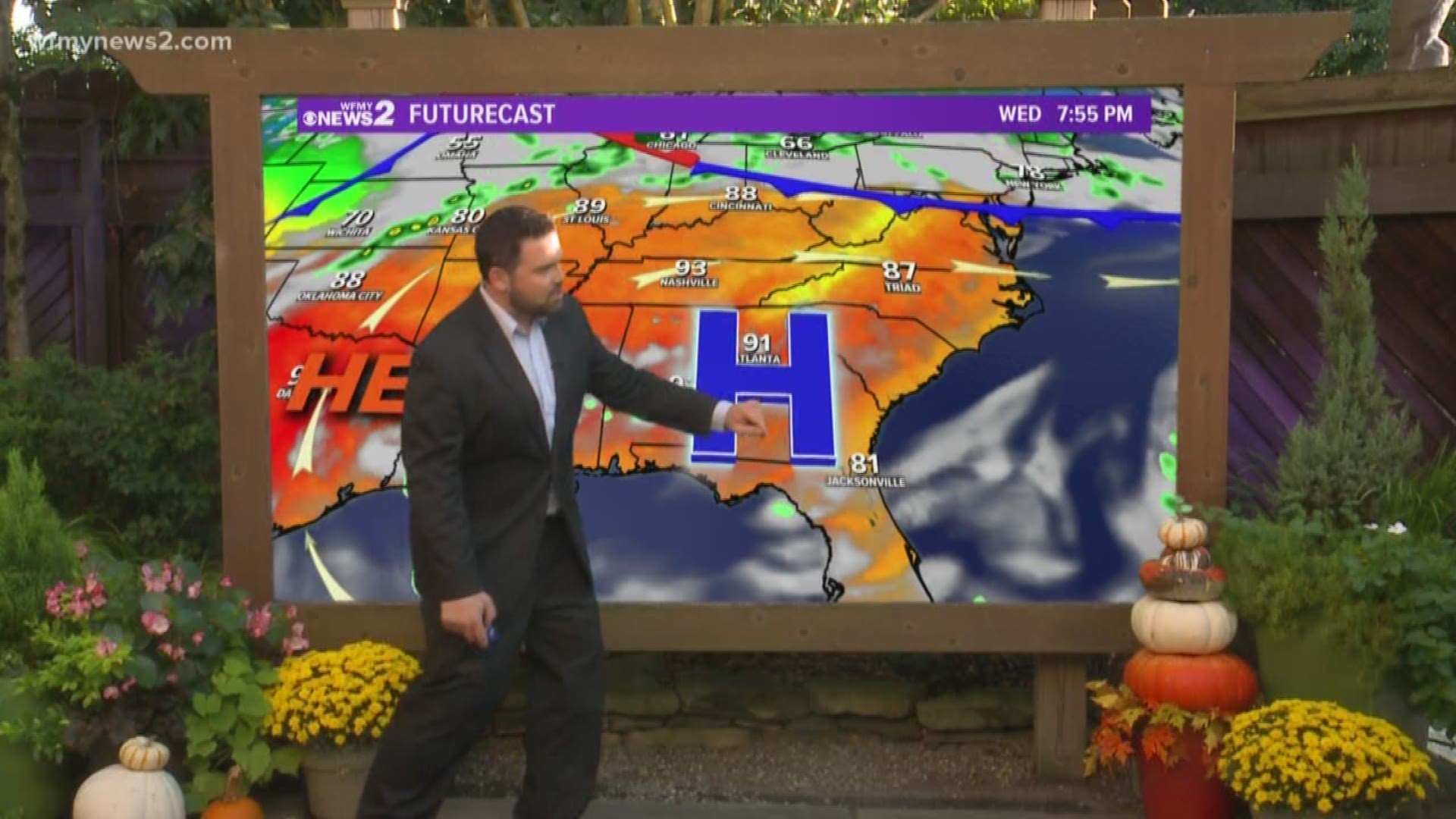 GREENSBORO, N.C. — You've probably never felt October air like this. The last time we were hotter during October was 65 years ago, and it's not done yet.

The high temperature reached 94 degrees in the Triad Wednesday afternoon, smashing the old record of 91 degrees, and getting close to the all-time record for the month - which is 95.

"This isn't something we've felt in a generation," says WFMY News 2 Chief Meteorologist Tim Buckley. "This October heat wave rivals the one seen in the 1950s."

Thursday will be just as hot, if not hotter. The News 2 forecast is for a high of 95. That would tie the hottest day in October history, which has happened twice: once in 1954 and once in 1919.

For perspective, our average high temperature for early October is 75 degrees. Of course we haven't been close to that for some time.

Relief is on the way for the weekend though. A strong cold front will be moving through on Friday, dropping our temperatures back into the 80s for Friday and the near 70 for Saturday.

Credit: WFMY News 2
Average highs for October are in the 70s and 60s.