Heavy rain, wind across Triad leaves damage in its path

WFMY News 2 got a look at damage left behind by high winds and heavy rain that ripped through the Triad Thursday. 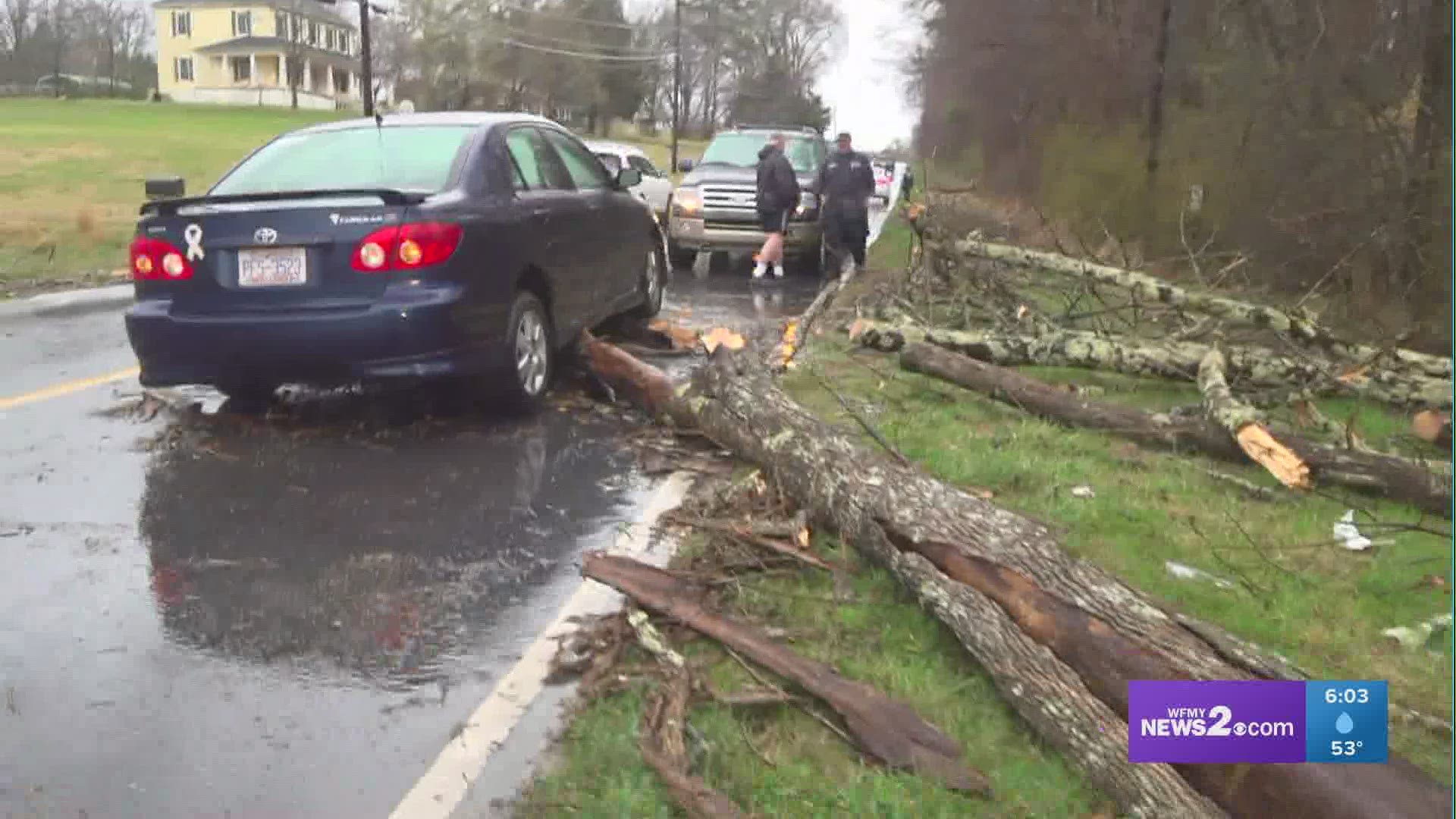 GREENSBORO, N.C. — Severe weather rolled through the Triad and much of the Carolinas Thursday bringing high winds, heavy rain, and tornado warnings. We saw thousands without power, overturned vehicles, and downed trees in the storm’s wake.

Several WFMY News 2 viewers sent in pictures and videos of heavy rain, ominous clouds, and damage through the Triad. 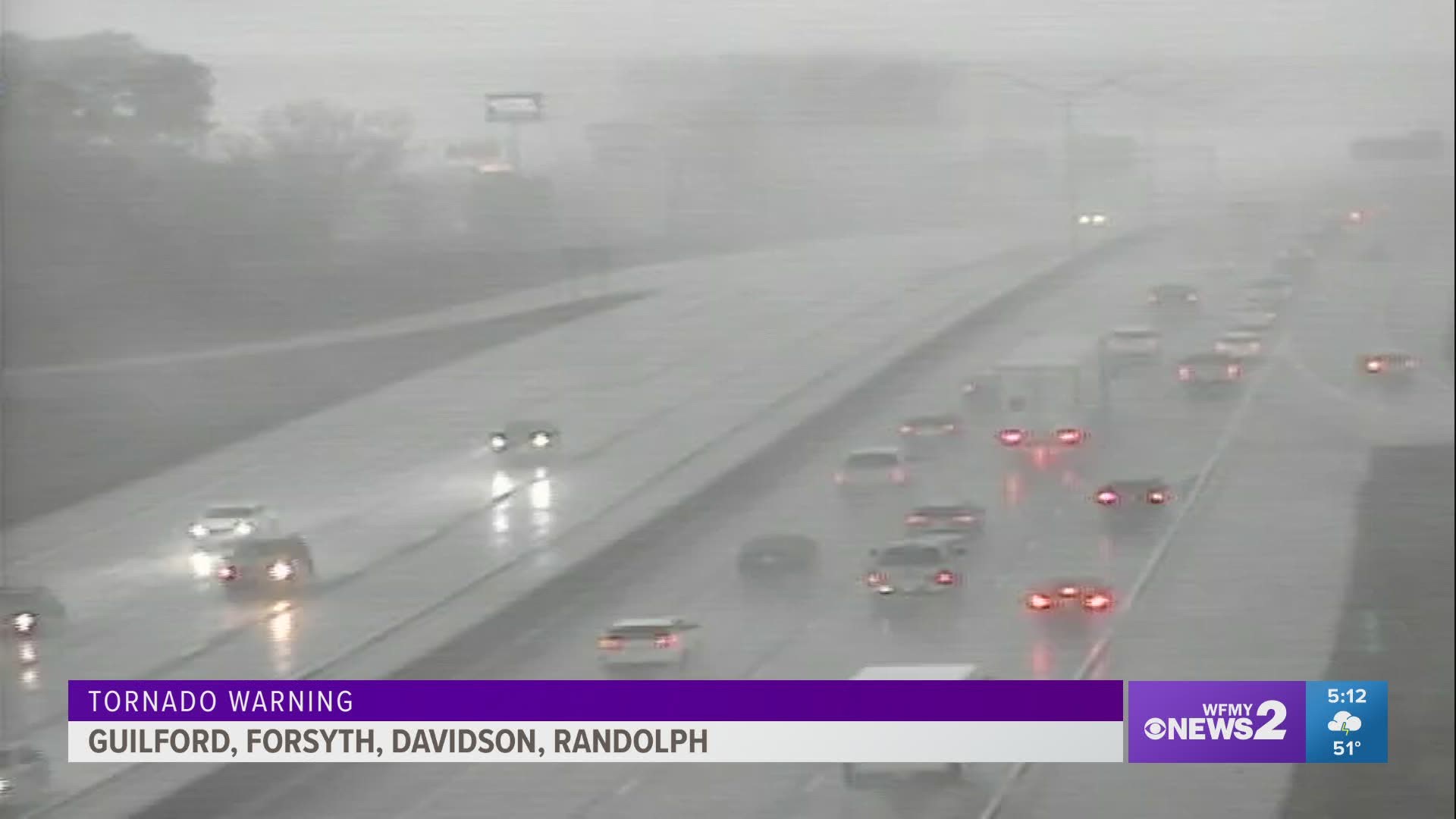 Buckley and Morgan, along with the WFMY News 2 team used your photos and videos to show in reality what they were seeing on radar. 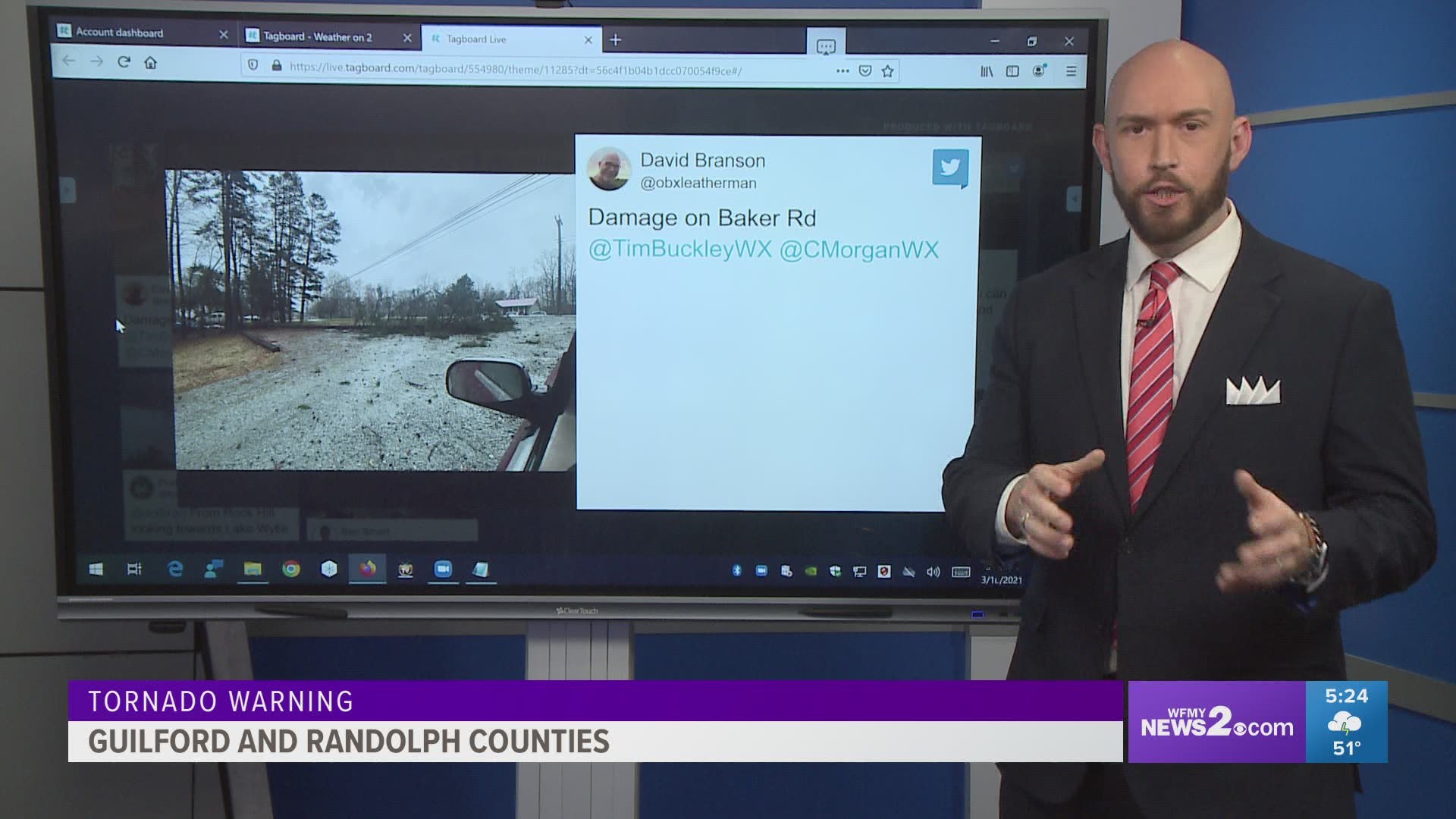 As the storms tore through the area, some homes and buildings were damaged. We saw fences torn down and vehicles overturned.

Our Chief Photographer Jeff Skordas captured damage at a Motel 6 near High Point. Tree branches were strewn across the parking lot and a fence was left in ruins.

Skordas also saw the aftermath of a tree falling in front of a moving car in High Point near Edgemont and Liberty streets. Luckily no one was injured.

A tree fell just in front of a moving car. The car ended up on top of the treein the road. Just north of the intersection of Edgemont and Liberty. @WFMY @SilkyGilkey pic.twitter.com/waNQNq9Qzs

In Burlington, WFMY News 2 reporter Alma McCarty found a parked car that had been crushed by a downed tree on Hickory Ave.

No injuries, and the tree didn’t hit any power lines - but it did crush a car, parked on the road. @WFMY pic.twitter.com/72tSlrwVvr

Seeing some damage in Burlington. This is on Hickory Avenue - the call came into police @ around 5:54pm. @WFMY pic.twitter.com/HKIipajUhH

Many of you took cover in basements, closets and bathrooms as much of the Triad was under a tornado warning. Viewer, Nattie D was one of those people and shared video of her flooded back yard after the sheets of rain stopped falling.

We camped out in the bathroom until the storm passed and recorded this afterwards. (Near the Arboretum) pic.twitter.com/H5EHU2X7Zg

After the storms passed, some of you saw sunshine, picturesque clouds and gorgeous rainbows.

More rainbows! This one in McLeansville from Peggy Richardson.#ncwx pic.twitter.com/J56FTVoyRs