Confirmed tornado touches down in Myrtle Beach right along shore

Pictures and video showed what appeared to be a weak tornado right along the tourist destination. 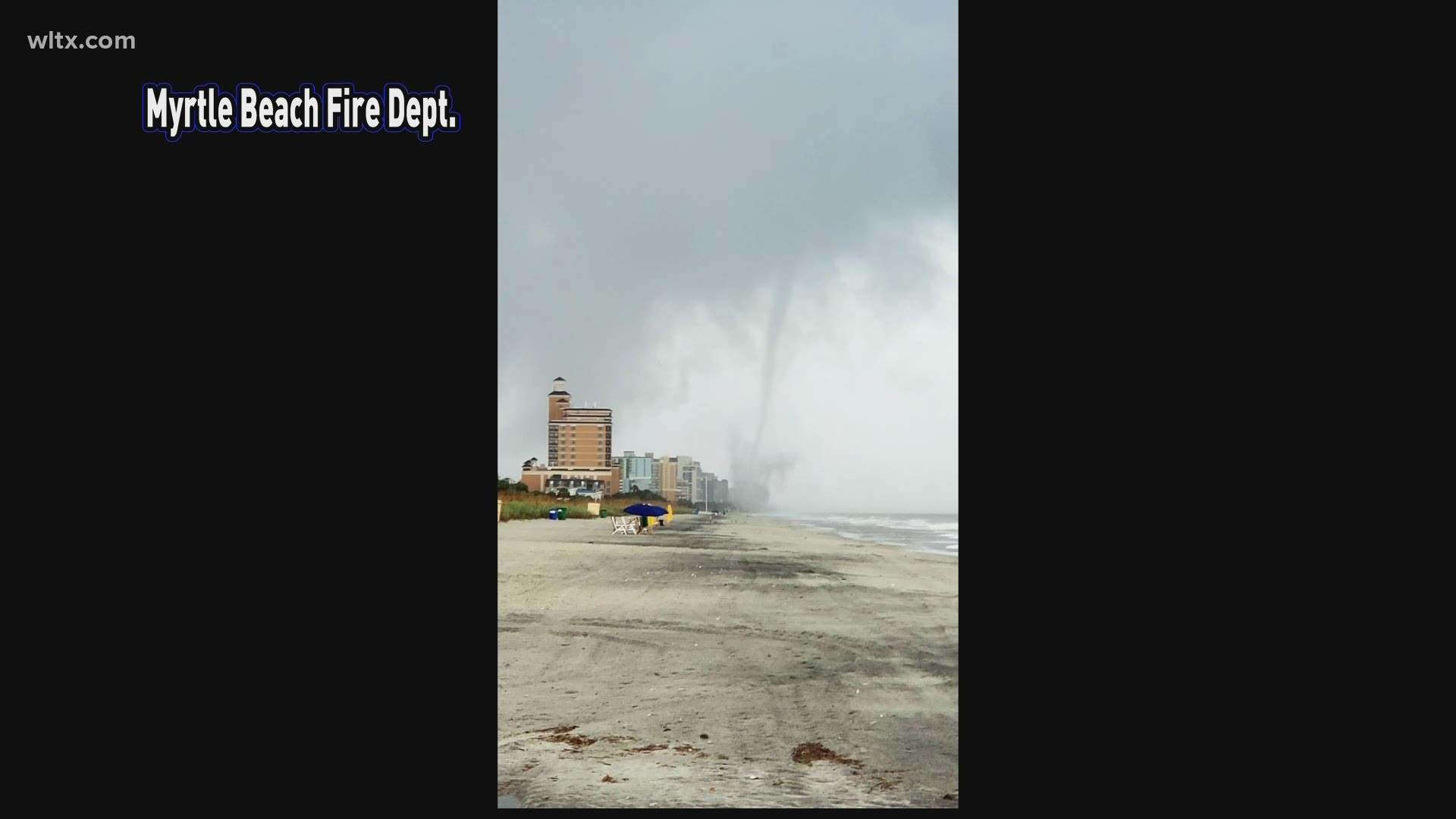 The Myrtle Beach Fire Department published a photo of a thin tornado right along the shoreline of one of the state and nation's most popular tourist destination. Other photos posted on Twitter and other social media platforms confirm that the funnel.

The twister apparently struck around 3:25 p.m., according to the National Weather Service. The fire department said it touched down around 74th Avenue North.

Pictures from the fire department show some minor damage to structures right along the beach. There have been no reported injuries so far.

The city is asking people to be in the area to be careful because there may be debris in the beach and in the water.