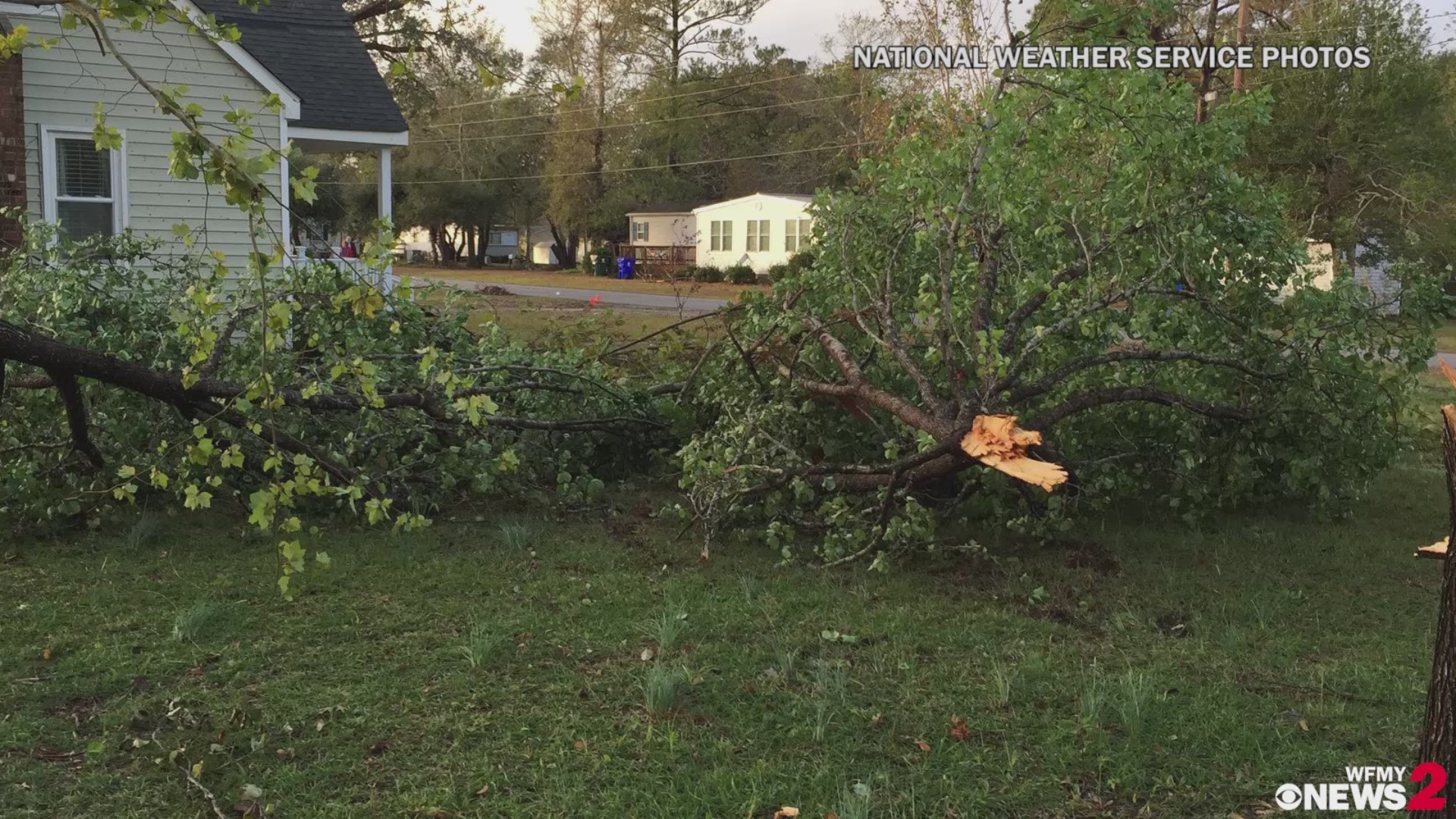 The EF-2 tornado caused damage to several homes and knocking out power to thousands, according to the NWS.

The NWS confirmed an EF-2 tornado in Emerald Isle between 2:10 and 2:16 p.m. Saturday. The twister was about 75 yards wide and was on the ground about 2.8 miles, including distance as a waterspout.

It was later confirmed an EF-0 tornado hit Cape Carteret just after 2 p.m. with maximum winds of 80 MPH.

Carteret-Craven Electric Co-Op said power lines were taken out and nearly 15,000 customers were really in Carteret County without power. The EF-2 tornado took out lines and poles between 8th and 9th Street in Emerald Isle, the company said.

The tornado became a waterspout over Bogue Sound it weakened as it crossed back over land as a tornado near Adams Lane and Broad Creek Loop Road.

A tornado hit the area already in November. Damage was reported after the EF-1 tornado hit nearby Atlantic Beach and Morehead City on Nov. 13.

No one was injured in either tornado.