While in the Canton area, the WSFD Water Rescue Team made 40 rescues and evacuated more than 20 pets. 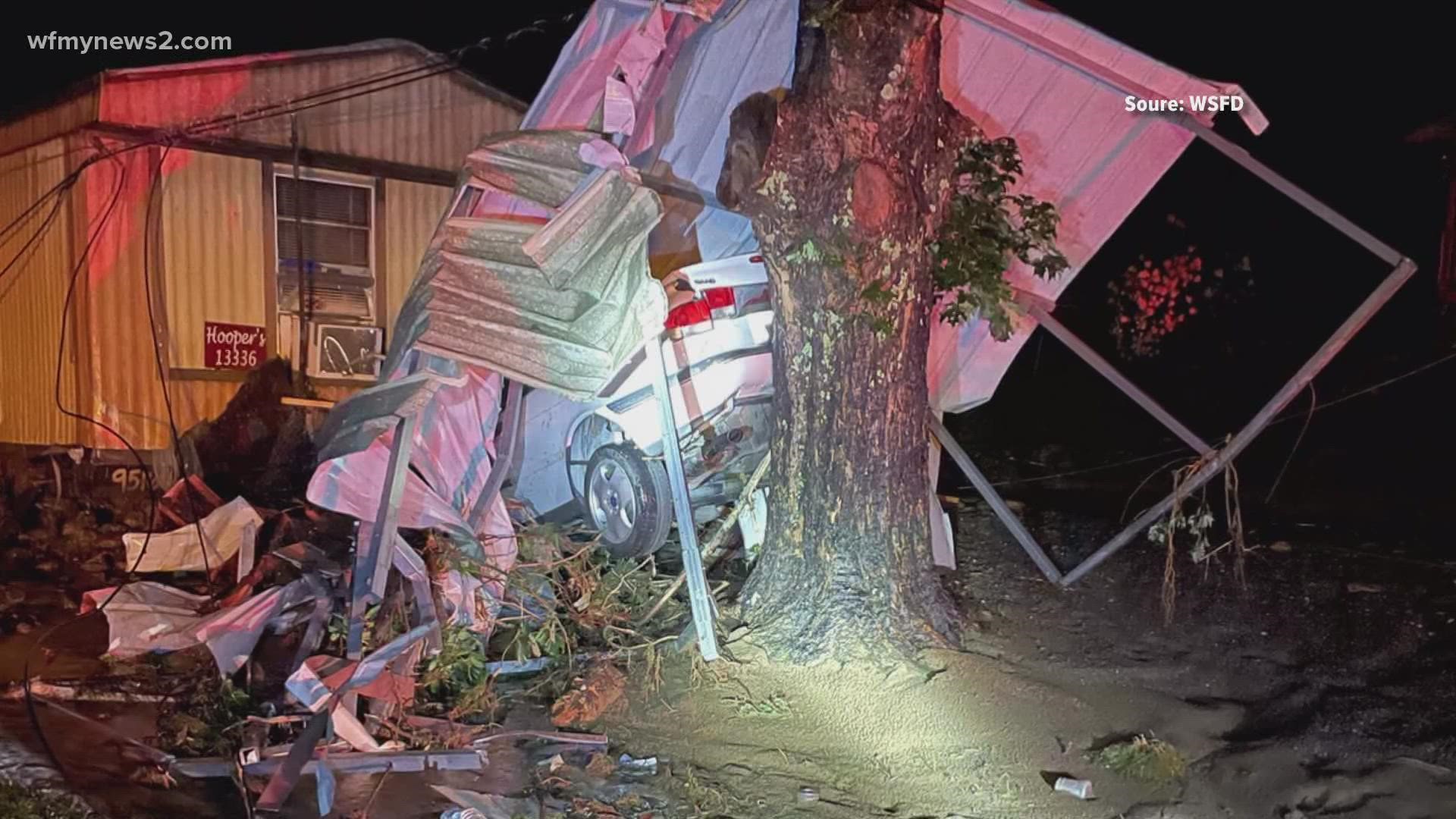 The images show flooding and destruction after severe weather rolled through the mountains.

"There's no doubt in my mind that the western part of the state has some of the best folks that we could have put there trying to take care of them," WSFD Captain Bryan Knight said.

WSFD teamed up with the Greensboro Fire Department Urban Search and Rescue in Canton, NC, which is west of the Asheville area, according to the post.

While in the Canton area, the WSFD Water Rescue Team made 40 rescues and evacuated more than 20 pets.

Knight said that number could get even higher.

"You've seen some of the pictures and videos from the area," Knight said. "The water was rising and moving very quickly, and it's stressful."

"Today it sounds like it's been a transition to well fare checks, checking dwellings, checking cars they found, and trying to count for folks that are still currently unaccounted for," Knight said.

Knight said working together in times like this can help so many more people.

"It's paramount to the success of anybody, and even a department our size you can only, only equipped to handle so much by yourself," Knight said.

WSFD Water Rescue Team is operating in the Canton, NC area. They have been working in an area where there have been 40 rescues and over 20 pets evacuated. #wsfire .119 pic.twitter.com/CAy3OX28j3