After a long day of ice and rain, neighbors now turn towards cleaning up

Forsyth County saw the most damage in the Triad. Trees crushed cars, nearly missed homes, and caused power outages for a portion of Thursday. 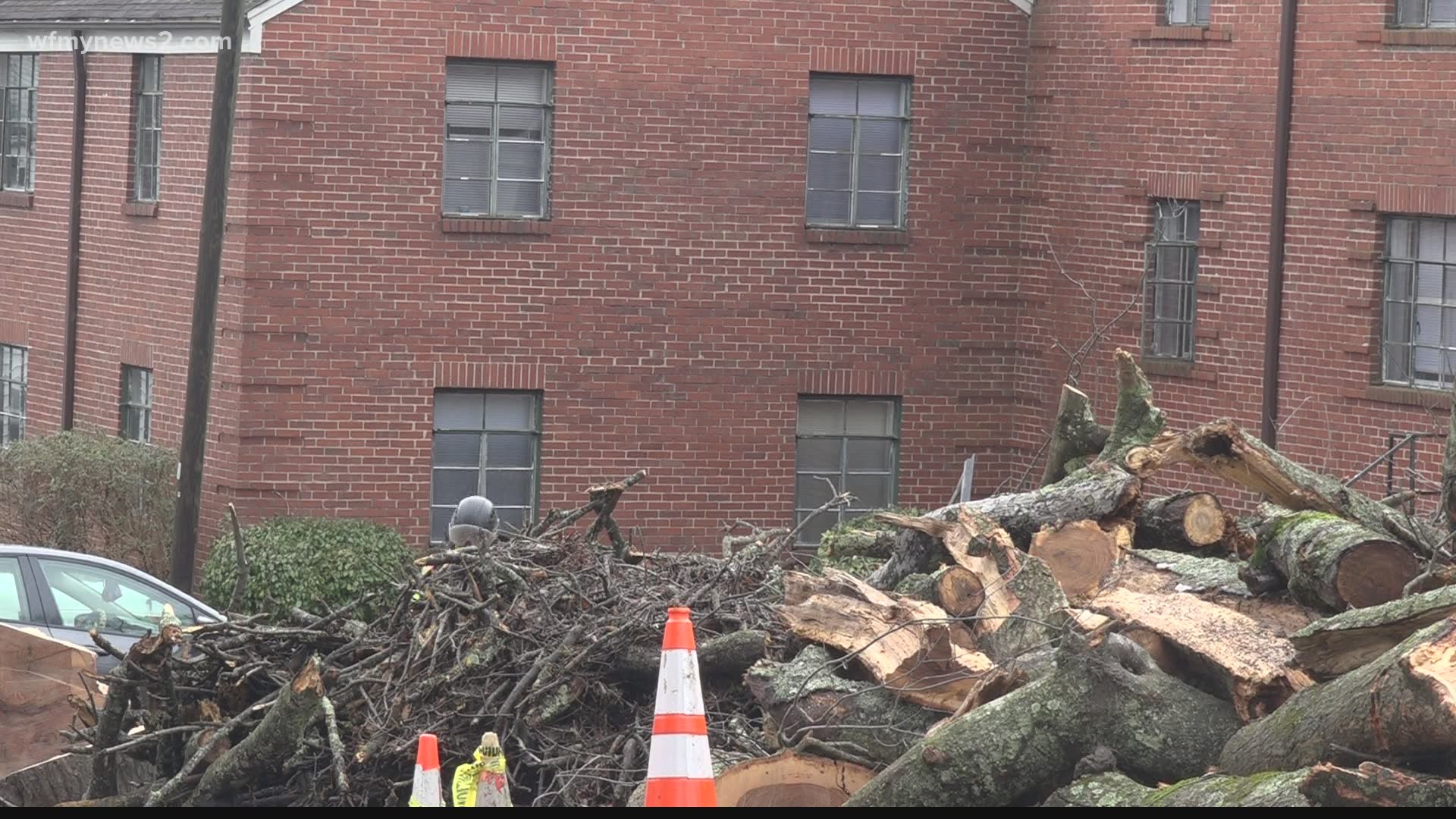 FORSYTH COUNTY, N.C. — Workers were back out Friday cleaning up Mother Nature's mess.

Forsyth County saw the most damage in the Triad.

The parking lot to Ardmore Terrace Apartments blocked was off as Outdoor Exposure tree service, as they sawed a huge oak tree that uprooted and crushed six cars, Thursday.

Crews spent the day hauling off the tree, leaving a clear view of the battered vehicles.

Huge tree falls on five vehicles parked outside an apartment complex on Ardmore Ter. in Winston Salem. Thankfully no one was hurt. 🙏 @WFMY pic.twitter.com/40lcu8kmCJ

"We’ve been out here since yesterday, getting everything cleaned up today all the big stuff hauled off, then do some cleaning," Martin said. "We’ve got another Oak we’re going to do for the same complex."

Stratford Road was down to one lane Friday as Pike Electric made repairs to broken power poles.

Jeff Brooks with Duke Energy said they were able to get power restored to everyone.

“ We started to see melting, we started to see some easing off of the precipitation. It wasn’t enough to cause wide spread outage," Brooks said. "So it was good, nature gave us a little bit of a break but it's been a long week between two storms.”

Mother nature gave a family living on Pennsylvania Avenue in Winston-Salem a break as well.

The road is back open after a massive tree ripped from the ground, Thursday.

It nearly missed a family's home.

Electric wires and debris need to be clear from the yard.

The owners didn't want to do an interview but said their power is back on and they're safe.

The best news to hear after so much destruction.