Becky McCloskey says she just got back into her home after a November storm brought a tree crashing down on her house. 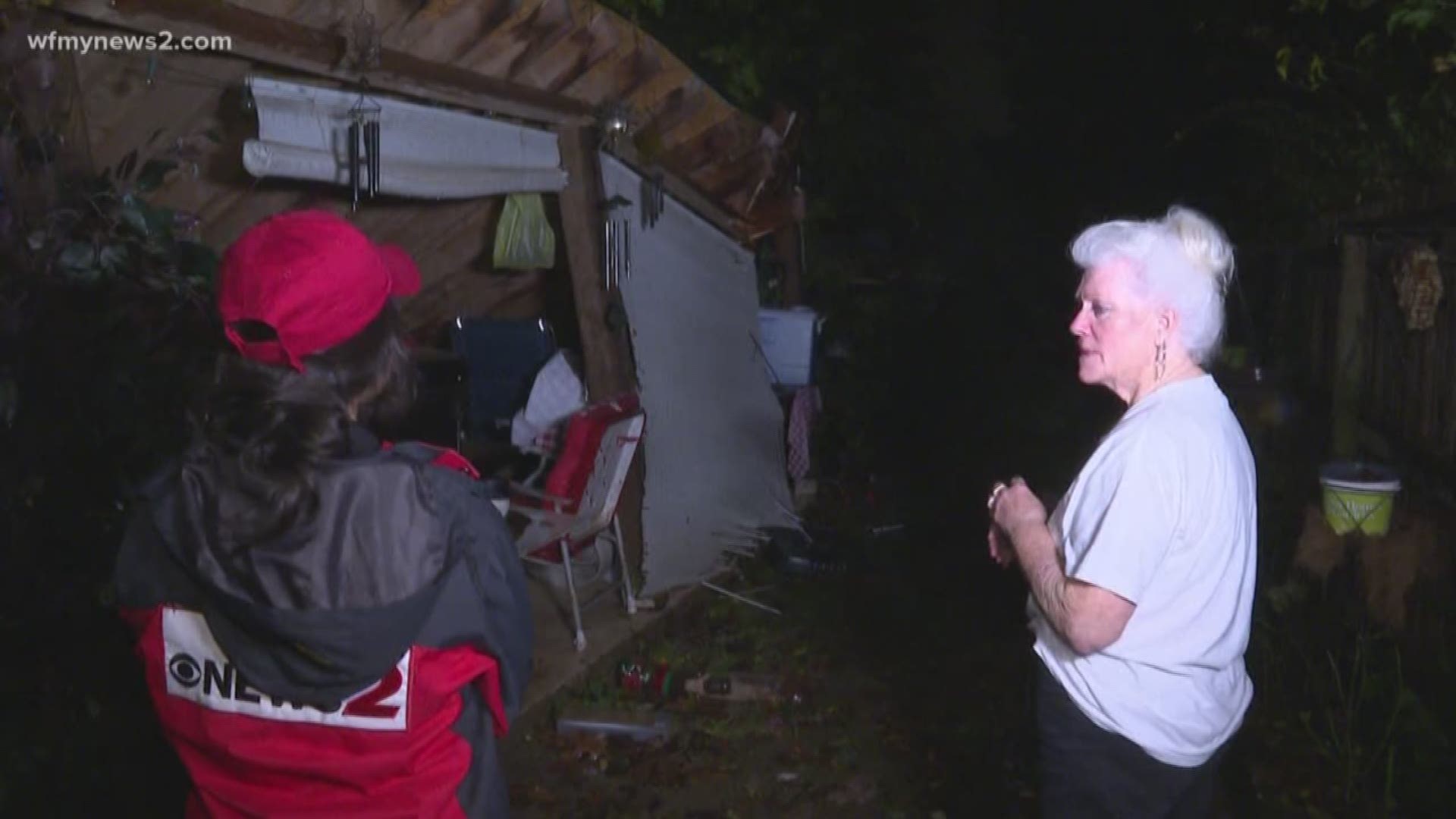 GREENSBORO, N.C. — "So I thought I never might get back into that sucker," said Becky McCloskey.

That's all thanks to a giant tree that fell through her home in November on Spicewood Drive in Greensboro.

"It did tear my swing up down there," McCloskey told WFMY News 2's Marissa Tansino back in November.

She's finally back in her home after being out for months, but it took some time to get there.

"My power, my water, I didn't have any of that over here and finally they cut that back on about a week ago," she said.

A tree from her neighbor's yard left her covered patio, fence, roof and lawn chairs, crushed.

The hole the tree left was unlike anything McClosky had ever seen before.

"It left a crater, I said I could put half a car in that hole," she said.

McCloskey says she can't help but hold her breath for the next threat of severe weather.

"When I think about storms coming now, the first thought is trees. It really is. Never used to think about those but I do now," she said.

And hoping for the best.

She's also trimmed some branches and bushes in her yard.. to be as prepared as can be.

"I don't think you're ever prepared for some of this stuff. I wasn't. I never thought a tree would ever fall on mine," she said.

"You learn to appreciate what you got in your life.. is the most important thing. So at least you got that." she said.

Why doesn't it snow like it used to? (Or does it?)