He was born on Valentine's Day. So was she. So naturally, they got married on Feb. 14

Just wait until you hear the couple's last name. 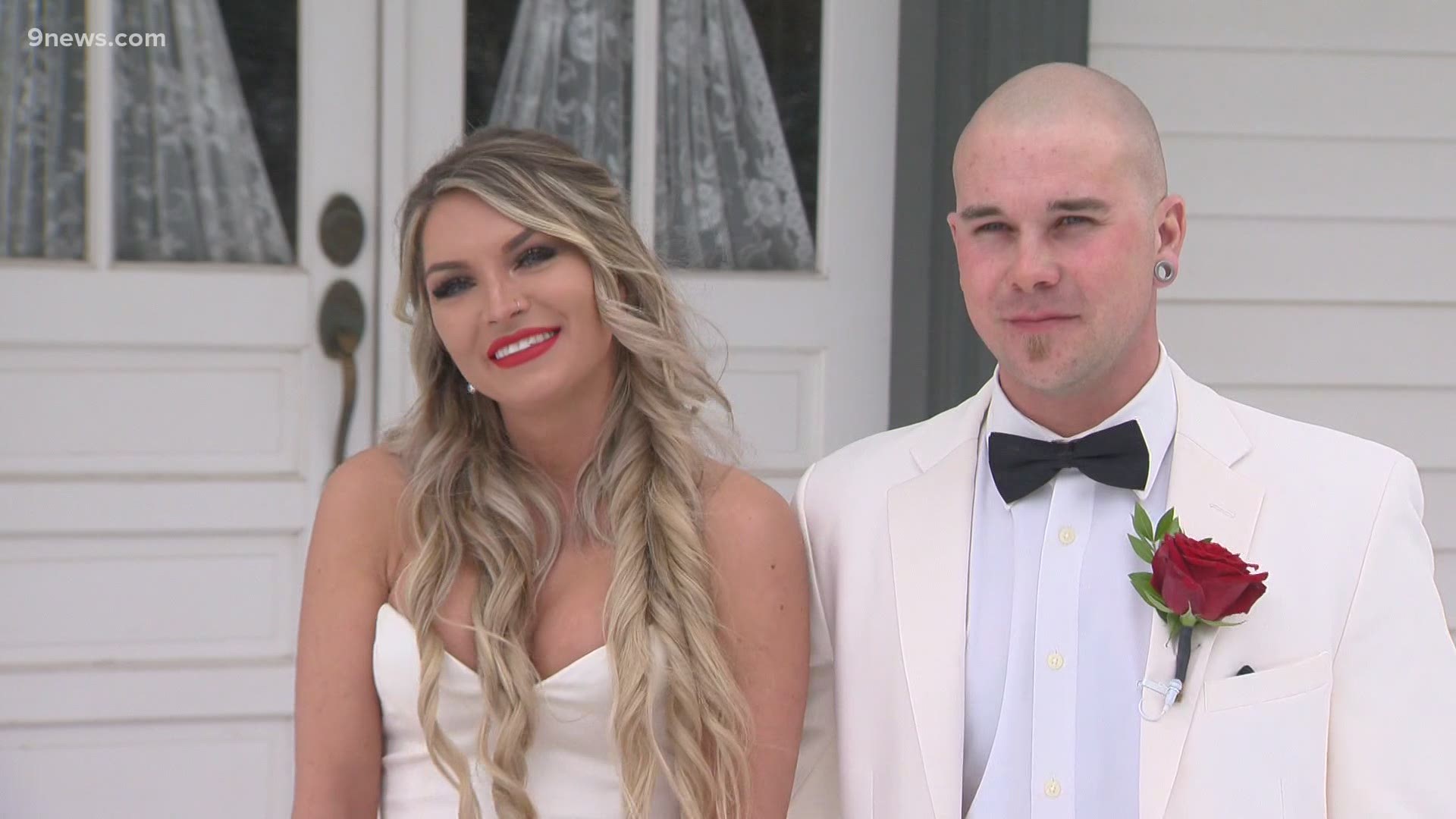 MORRISON, Colo. — Morrison was so frigid Sunday, even Red Rocks wore a coat – albeit one made of snow.

Zero degrees was not what Tyler and Lacey dreamed up for their wedding day, but they still considered the conditions perfect.

“We got married!” the newlyweds shouted outside the Willow Ridge Manor in Morrison.

The couple scheduled their wedding day on a holiday because they needed another reason to love Feb. 14.

"Both of our birthdays are today," Tyler said. "On Valentine’s Day.”

The special wedding date was agreed upon pretty early on, according to Lacey.

“When I met him, I was like, 'if we get married, we’re getting married on our birthdays,'” Lacey said.

Over the past few years, the couple has gotten used to the routine of pulling out their IDs to prove their birthday connection.

"I think everybody we tell, they all freak out and they don’t believe us," Lacey said.

The couple will always share the special day and one last layer of love.

Because Tyler's last name is Valentine.

“And now it’s our anniversary so he can never forget!" Lacey Valentine laughed.

From here on out, the couple will celebrate two birthdays, an anniversary and a holiday on the same day.

"When your soulmate is out there, then they will find their way to you," Lacey Valentine said.