'This Farm Wife' Brings Her Farm Life To Thousands

Six years ago Meredith Bernard left her corporate job, company truck and steady paycheck behind to live and work on a farm in North Carolina. 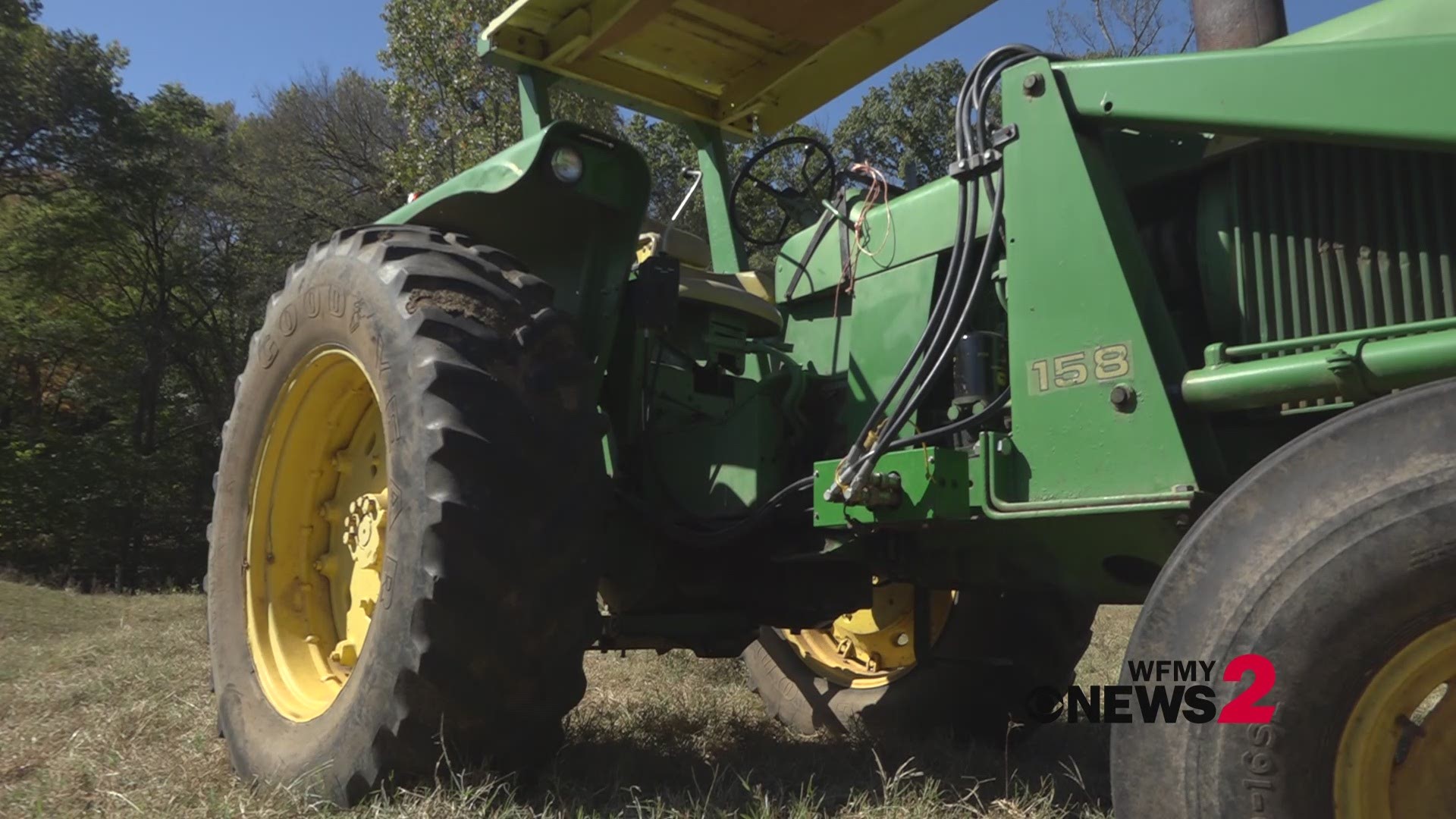 Six years ago Meredith traded her corporate job, the company truck and steady paycheck for cows, a tractor and family.

"I was the bread winner if you will, you know I had the benefits and made good money," she said.

Meredith said the reason for the change is simple: family.

She and her husband, Lawrence, who she affectionately calls, “The Farmer,” raise Angus Cross Cows.

"It’s been a blessing since she’s been back," Lawrence said, leaning against a tractor. "She’s pretty good help not to be a farm girl."

Even though Meredith left the world behind to be on the farm, now she’s sharing the farm with the world. She goes by This Farm Wife. Six years ago Meredith started writing blogs. Later she started filming videos about the highs and lows of farm work, parenting and life. Something Lawrence wasn't sold on at first.

"I thought she was digging in a blind hole but she’s doing pretty good now so I ain’t fussing no more."

Her 28,000 followers (and counting), however, were thrilled.

"There are certainly much much larger channels out there. I’m still a baby in the YouTube world," Meredith humbly admitted. "But it blows me away, every day."

Every day on the farm looks a little bit different behind the lens of Meredith's camera but she said it’s all genuine and that’s what keeps people coming back.

Meredith's behind-the-scenes look at life on the farm is as educational as it is entertaining. While her followers log on from around the world, Meredith is often reminded that even her neighbors in the Southern United States see her life as a foreign commodity.

"They’re like there’s just something about this that is intriguing that I’ve never seen before – I didn’t know how hay was made or I’ve never seen a new calf or the different things we do."

Something she believes is positive adding she believes there's a disconnect between consumers and where their food and fiber comes from. That's one of the reason Meredith is happy to see more agriculture-centered channels moo-ving in and filling the pasture-sized void.

The story of the female farmer is changing. Over the last five years the number of male farmers decreased while the number of women increased. Now, 56% of farms have at least one female labeled as a producer, according to the 2017 Census of Agriculture.

That same census shows that for years farms have become scarcer. In just five years, from 2012 to 2017, the United States lost 3% of its farms and ranches.

"Farming’s tough," Lawrence said. "Like I told Meredith, you ain’t never gonna make no living, you’re gonna make a life. The more you put into it, the better life."

A life that may be different from most but one 'This Farm Wife' thinks connects us all.

"I just feel like we all relate in ways we don’t even know sometimes," Meredith said. "We are all living these different lives but we are all connected."