Four 2 Five: Family locked down in Italy for nearly a month during coronavirus outbreak

Mary Gann's son and his family have been on lock down for almost a month as COVID-19 sweeps across Italy. 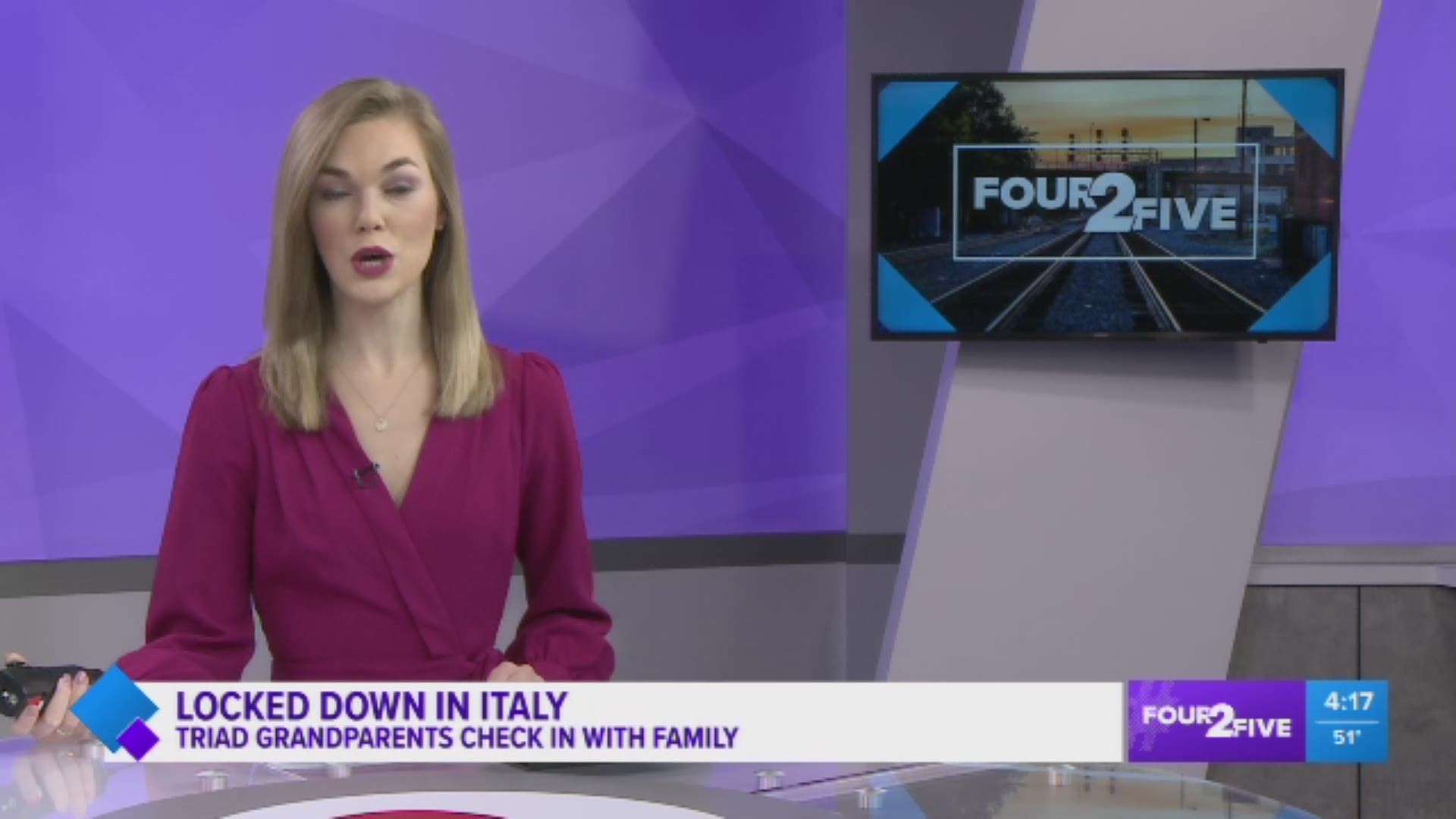 MCLEANSVILLE, N.C. — The coronavirus is starting to make a real impact in the united states but before there were any confirmed cases here, other countries were dealing with the virus.Italy is now home to the biggest outbreak outside of China.

Spending time with family looks a bit different when family is 4,500 miles away. On her couch in McLeansville, Mary Gann video chats with her daughter in law and grandkids in Aviano, Italy. The connection means more to her now than ever.

Sammie, her husband Andy and their four kids are on lock down in Italy because of COVID-19. They’re taking it hour by hour.

Andy is the principal at an elementary school on the Air Force base there. They’ve lived in Italy for two years and the kids and Sammie haven’t left home for the last month.

"In February things started to change my husband told me I needed to get groceries," she said. "I had no idea I didn’t know what the big rush was, why I had to get to the grocery store at 8:00 a.m. but two and a half hours later that was my last grocery store trip that I have made."

So far, more than 2,000 people have died from the virus in Italy with where there are more than 28,000 positive cases. The government implemented a nationwide lock down until at least April 3rd.

"You have to have one meter of separation between you and the next person and the police crack down on that if you violate the rules," Sammie said.

Anyone who violates the lock down could face a fine or jail time.

"Am I saying it’s great being stuck in this yard all the time? Absolutely not. Have we had our tears? Yes. Has it brought me to my knees in prayer? Absolutely yes," she said.

Sammie says she hopes people at home will learn from what’s happened in Italy.

"There’s no reason for there to be hysteria but in order for this to work people have to stay home."

In the meantime Mary waits for word that all is well.

'Andra Tutto Bene' has become the rallying cry for Italians, it means it will get better. The Gann Family has used their time at home to spread that message of hope.

Officials do not believe the number of cases in Italy have peaked just yet – meaning it could get worse before it gets better.