Avian Haven said the level of lead in the eagle's blood was off the scale of their screening instrument. X-rays showed multiple lead shot pellets in her GI tract. 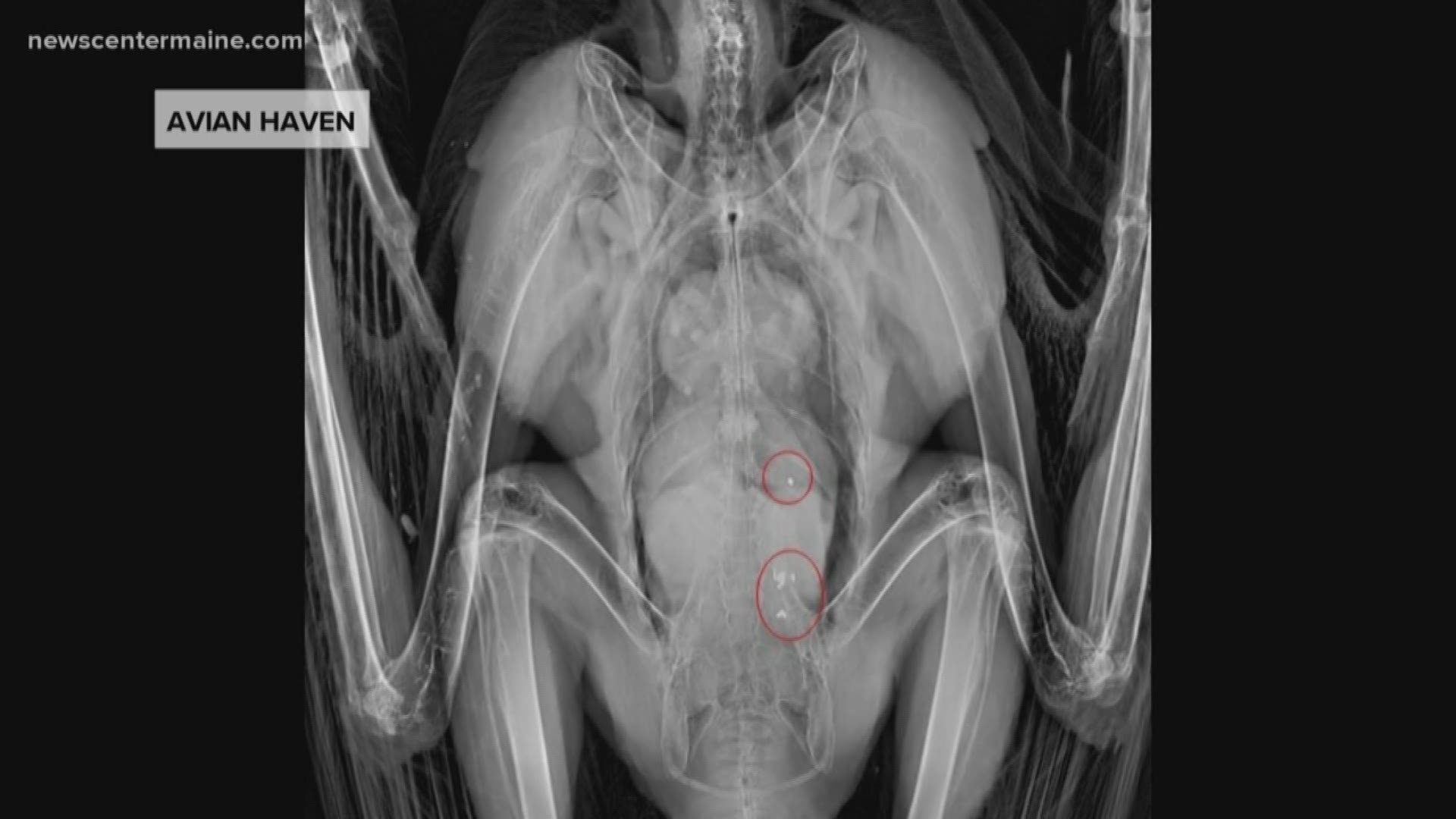 The bird was found on Oar Island, which is near Bremen.

According to Avian Haven, the eagle was still alive as of Saturday morning. However, she died later that day.

The caller who found the bird said it was caught in brambles, making it a difficult capture.

Using the gastric lavage process, Avian Haven was able to flush out the pellets. However, the rehabilitation center said the level of lead in the eagle's blood was off the scale of their screening instrument.

According to Avian Haven, the eagle likely found the pellets in the carcass of a game bird, such as a wild turkey. Finding lead pellets is not as common as finding fragments of lead bullets. This is only the second eagle Avian Haven has admitted that had ingested lead shot pellets.

In the first two weeks of 2020, five sick eagles were rescued from different locations throughout the state and brought to Avian Haven. Inland Fisheries and Wildlife officials are now asking hunters to use non-lead ammunition such as copper bullets help reduce the threat.

"The fragments are so small, they only show up with an x-ray so really our message to hunters is to switch to non-lead ammunition," Nate Webb, the Director of Maine's Inland Fisheries and Wildlife Division, told NEWS CENTER Maine in March.

Copper bullets are available online and in some sporting good stores. They are more expensive than lead bullets.

Click HERE for more information on lead-free ammunition and wild game from the Maine's Inland Fisheries and Wildlife Division.

Information on alternatives to lead bullets can be found HERE.