The dog, named "Honey," was brought into Houston's Animal Care Services last week as a stray. His owner dropped to her knees when she saw him. 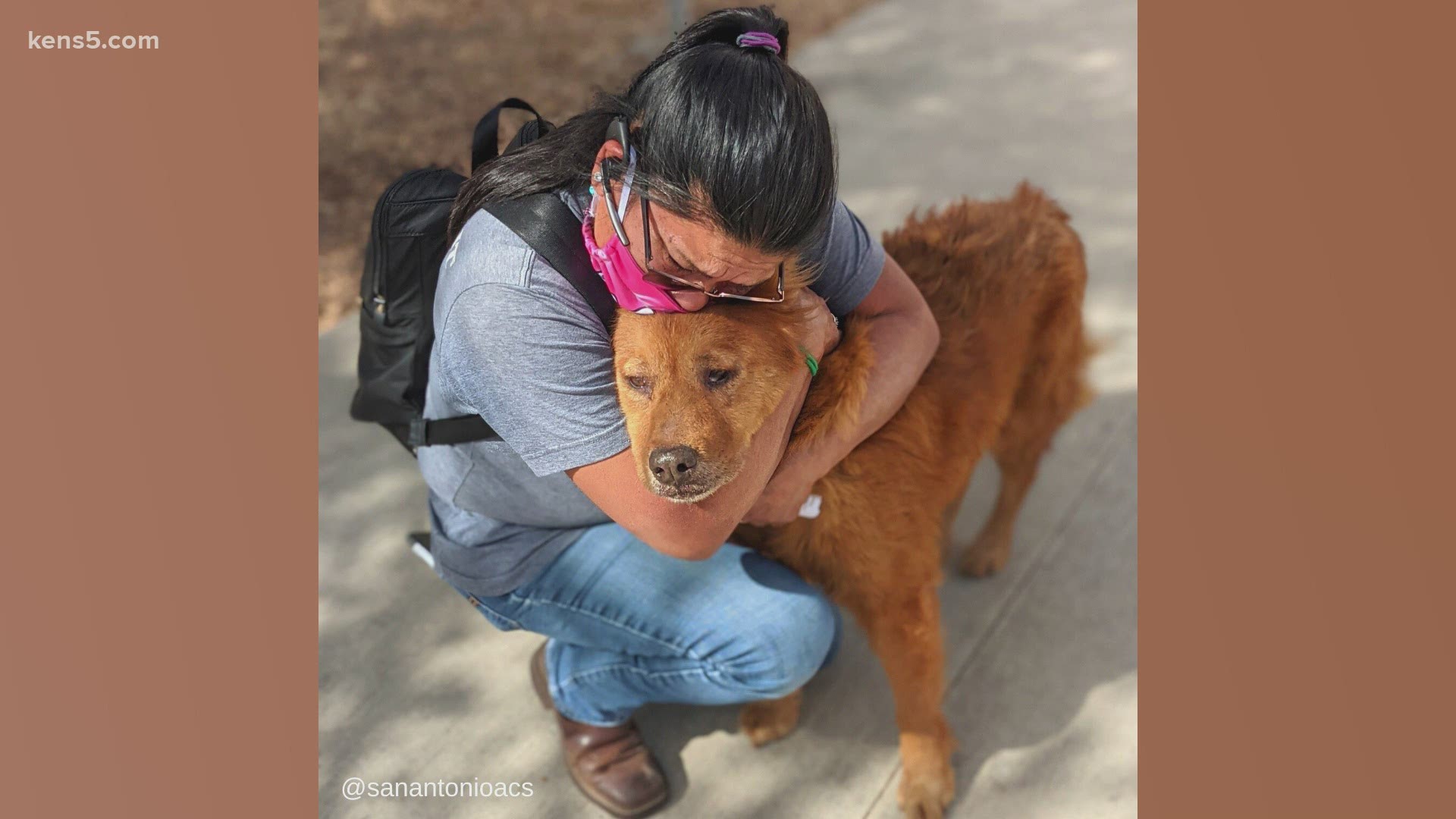 SAN ANTONIO — Imagine having your dog go missing - and almost seven years later getting a call that your beloved pet was found.

A dog named "Honey" has been reunited with his owner, after the city's Animal Care Services picked him up as a stray last week. Because he was microchipped, they were able to contact who he was registered to and they gave her a call.

"We called the owner and let them know Honey would be at the shelter. While he was getting his initial shots upon entering our shelter, our staff got a call that his owner had already made it to ACS to reclaim in our front office," ACS posted on Facebook.

The reunion was emotional, according to ACS, as they captured it by snapping a photo of the two together.

"One of our Intake Coordinators walked Honey up to the front to see if the pup would recognize the person reclaiming," ACS said. "The woman burst into tears as soon as she saw him, fell to her knees, and held him in her arms. She began to ask him if he remembered who she was."

ACS said the emotional reunion was the result of Honey being microchipped many years ago when he was adopted at their shelter.

All pets who are adopted leave with a lifetime registered microchip upon adoption.

"Because of this, Honey and his mom are now finally able to live their happily ever after!" ACS said.

If you are interested in adopting a pet from the city's ACS, contact them by calling (210) 207-4738, going to their Facebook page or visiting their website. They are closed on Thanksgiving, but will reopen tomorrow at 1 p.m.