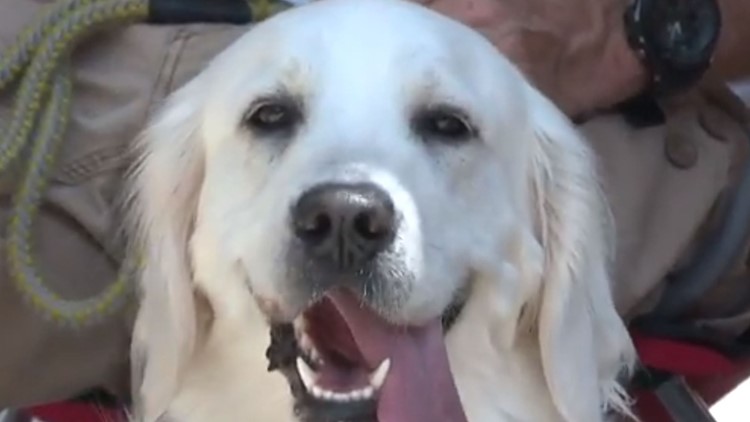 This Freshwater Algae Can Kill Your Dog

GREENSBORO, N.C. — North Carolina summers are hot, especially this year, and there’s nothing more fun than to head to the lake to cool off on the water. But many pet parents have experienced one of the worst moments of their lives after taking their dog to the lakefront.

“It only took one hour from the time we left the water for Oliver to breathe his last breath.”

Brittany, Oliver’s owner, witnessed the destructive effects of blue-green algae this past week in her beloved 2-year old Golden Retriever.

It was another hot day and Brittany woke up to take Oliver to a local lake that was a hotspot for kayaking and other water-based fun. Oliver was always eager to go for a swim.

The pair had kayaked out onto the lake and Oliver had his share of fun jumping from the kayak and swimming around for a short while before they headed back to land. It was while Brittany was playing fetch with Oliver that the first signs of toxicity began to show; he collapsed, tried to get up, and collapsed again.

With help from a few other passers-by, Brittany was able to get Oliver in her vehicle to rush him to the closest emergency vet. Sadly, within the short time that it took to drive there, Oliver passed away.

Our heartfelt condolences go out to Brittany and those who were close to Oliver. We’re sharing his story in hopes that this doesn’t happen to any other beloved family pets.

Blue-green algae shows in the form of blue-green color or appearance similar to pea soup. However, even water that appears to be free of surface algae can still be contaminated.

Refrain from bringing your dog to play or swim in discolored or murky lakes, ponds, and slow moving streams during warmer months.

Here are a few alternative ways to cool off around Greensboro:

There is no antidote for the toxins produced by blue-green algae, so it’s best to play it safe!