The owners say repairing 45 years worth of damage is just too expensive, and it's time to leave the original location. 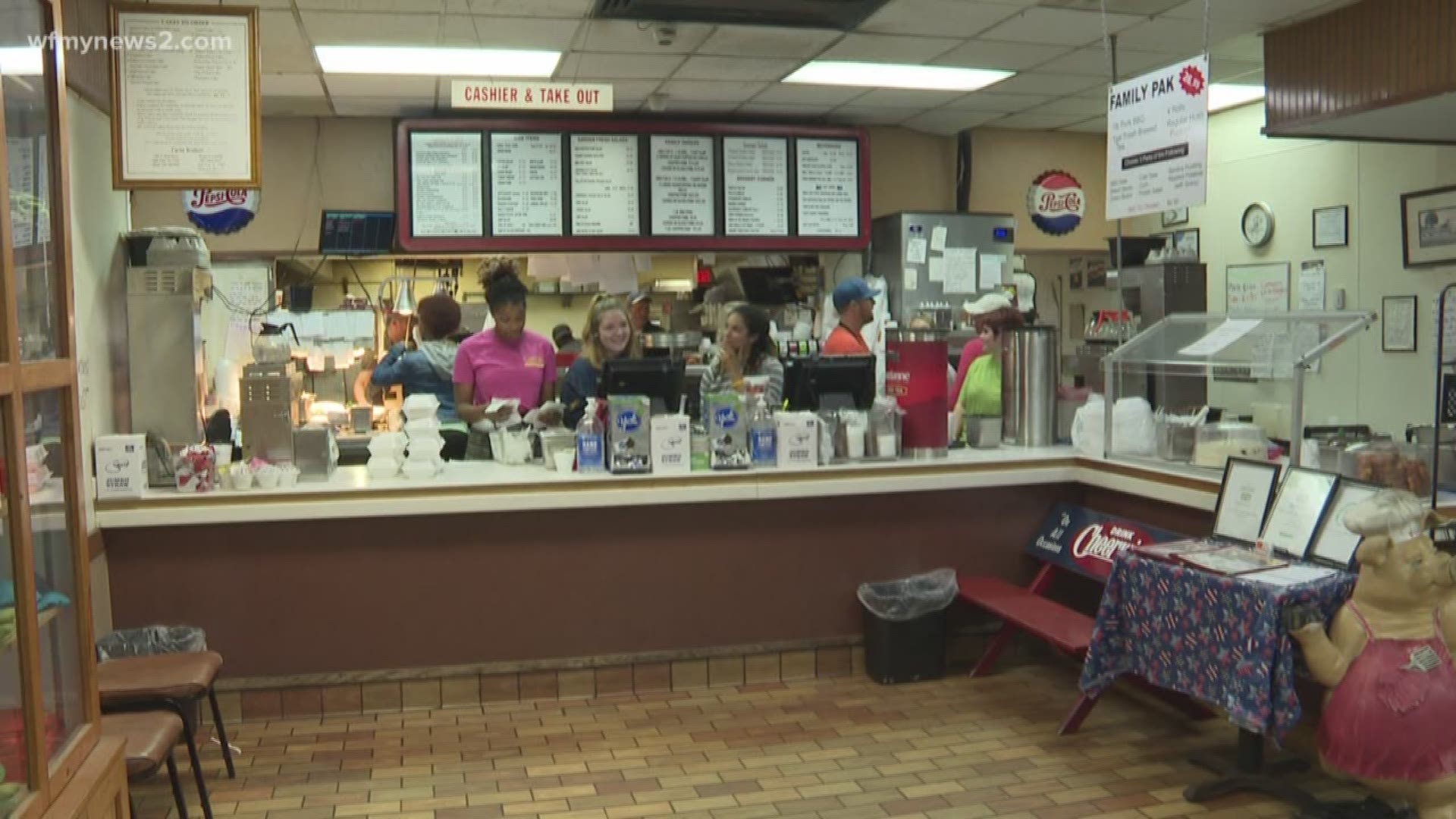 HIGH POINT, N.C. — Sometimes all you need to relax is a plate of ribs and a side of mac 'n' cheese. Carter Brothers Barbecue has been serving it up, and more, for years now. But the restaurant's owner, Tim Carter, says it's time to leave their North Main Street location.

Tim Carter's family has been in the restaurant business for years. They owned Carter's and Brinwood Restaurant. Tim decided to go into the High Point's most famous industry, furniture.

He spent some years working there, but decided to try something different. Carter decided to take a job at Henry James BBQ. After a couple years, he went back to the furniture business. But once again, the sights and smells of the restaurant business came calling.

In 1996, Carter and his wife drove down North Main Street and saw a 'for lease' sign. The couple got out of the car and prayed; the rest is history.

Carter Brothers Barbecue has been in business ever since. They even opened up a location on Samet Drive. But after years of wear and tear, Carter says it's time to leave the original location.

"We've wore this place out. That's the reason we're closing," Carter says, "This place is old and it's ready to fall in. I'm too old to rebuild and go into debt, and it took a long time before I came to this decision."

The BBQ join isn't just about great food and making some cash. It's about family. Carter says he shares profits with his employees. And for those who won't carry over to the Samet Drive location, he says they'll get a generous severance package.

"They helped me build this restaurant," Carter says, "My staff knows this is like the body of Christ. We're all together in this. This is a partnership, not a dictatorship."

Carter sold the location to an Urgent Medical Care Practice. Carter says if you pull up thinking it was still the barbecue joint, he'll help you out.

"If you can't get there, call me. I live right behind here; I'll come pick you up."