Four 2 Five: Painting outside the lines of traditional art

Gina Franco is the woman behind the spray paint can of many of Greensboro's murals. 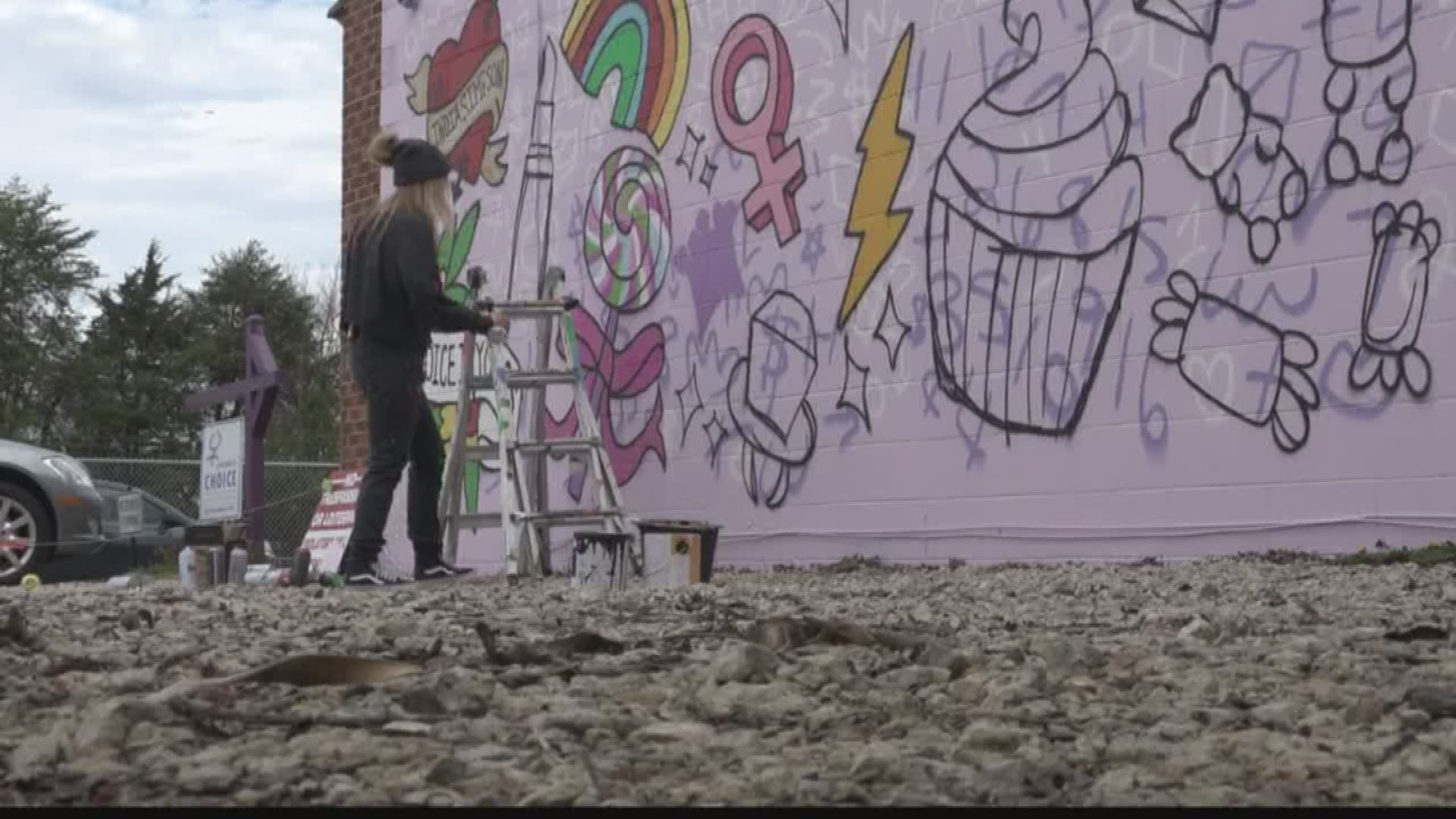 GREENSBORO, N.C. — Gina Franco is shaking up the art scene in Greensboro.

"I feel like it’s very important that the public can just have access to art I think that’s important they shouldn’t have to pay to go in somewhere," she said.

That’s why her art is sprayed across the city.

But Franco’s career as a mural artist wasn’t always in her life’s outline.

"I was teaching at an elementary school and they were looking for somebody to do a mural in the library and I was kind of good at art so I volunteered and it actually came out really good."

Six years later and it’s likely you’ve seen, maybe even posed, with some of Franco’s murals in the Triad, Charlotte, Atlanta or even Jacksonville, Florida. But ask her how many she’s painted and she can’t give you an answer.

"No," she laughed, "Somebody asked me that recently and I try to count it in my head but I have no clue that’s good though it means I’m doing a lot."

A lot of murals means a lot of inspiration. Franco says she finds it in everything, everywhere.

"Sometimes they come in dreams sometimes I’ll see something on TV and I’ll have to write it down and then I’ll just give me an idea you know pop-culture news things that are going around going on in the world."

Sometimes her ideas come from you.

"People message me on Instagram and they’re like can you do and give me ideas one or two of my murals have come straight from someone suggesting something," she said.

She spends days on a mural, painting the base, laying out the grid and then filling it in with color. She says the finished paintings aren’t complete without you.

"The majority of my murals like they count on, they only work when people interact with them so if nobody showed up you know to take selfies and you know all that stuff you know I feel like they’re not activated," Franco said.

From downtown, down rainbow alley and all the way to midtown, Franco’s leaving her mark on the Gate City and she plans to keep coloring outside the lines of traditional art.

"Every single one is more fuel for me like I just wanna do more and bigger and get a bigger crowd next time so I’m just but the interaction is my favorite part."