With COVID-19 shutting down Atlanta Symphony Hall, the Orchestra got creative with a virtual performance by area musicians of Beethoven's 'Ode to Joy.' 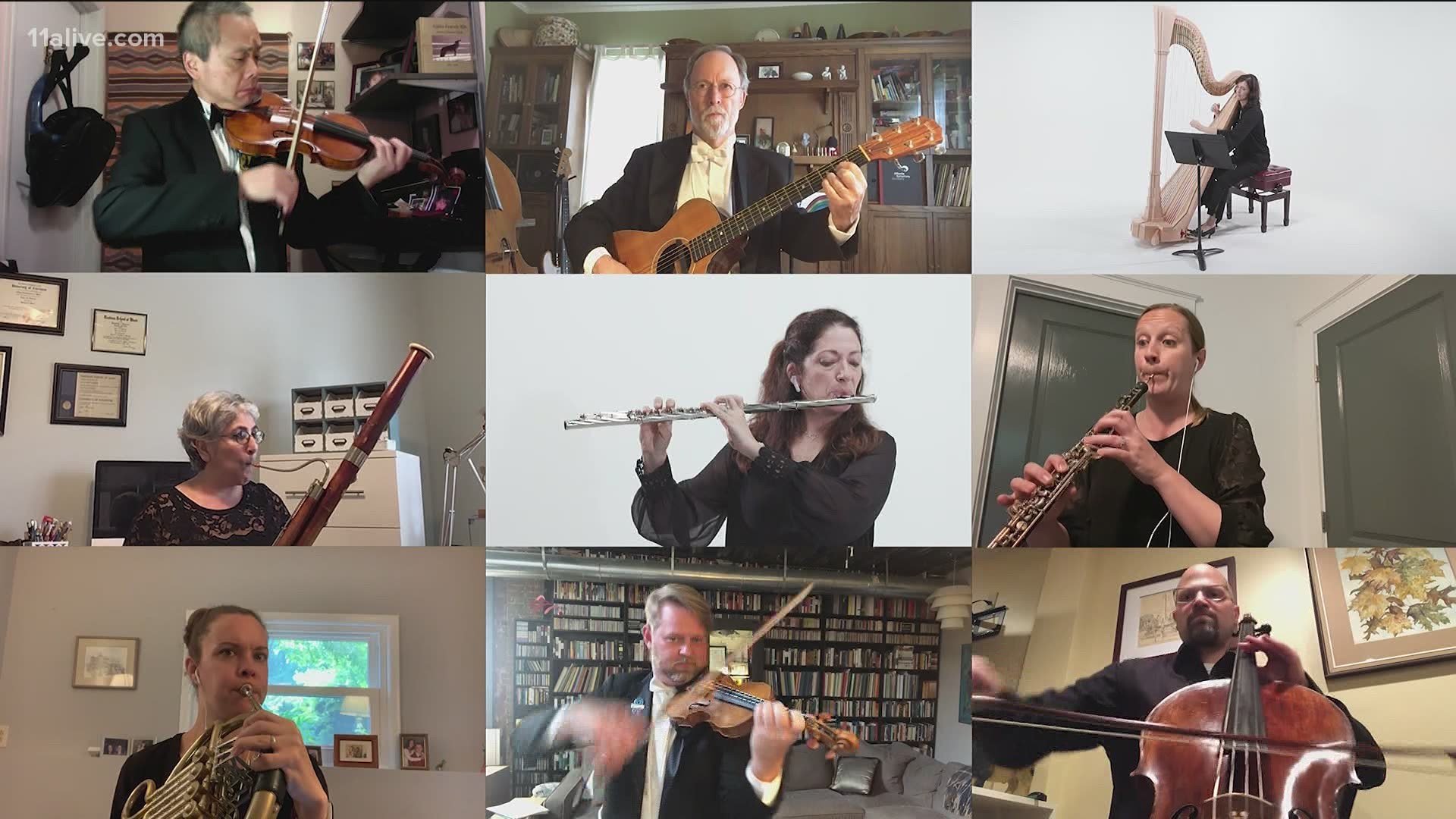 ATLANTA — Six weeks ago, we told you about a creative idea from the Atlanta Symphony Orchestra to keep metro Atlanta musicians excited about classical music despite the isolation brought on by COVID-19.

According to at least one historian, W. E. Künstler, Pierre de Coubertin, the father of the modern Olympic Games, was so enamored with Beethoven's Ninth Symphony that he initially wished to have its final movement, "Ode to Joy," performed at the 1916 Olympics in Berlin.

The only obstacle was the cancelation of those games due to World War I. "Ode to Joy" was finally performed at the 1936 Olympics in Berlin, and has been performed at each Olympic Games since.

After the call for submissions, the Atlanta Symphony Orchestra received more than 800 submissions, with nearly every age and instrument represented.

The head of the symphony's Youth Orchestra, Jerry Hou, faced a monumental task.

“We would have loved to include everyone, but it was impossible," he said. "So we pulled a sampling that showed the range of entries that we received for the final montage, and as we celebrate Beethoven's 250th birthday, this seemed like a perfect tribute. So thank you, Atlanta for joining us on this journey."