There are more than 50 vendors for the Fun Fourth Festival. Organizers say they had to make the decision now, with so much at stake. 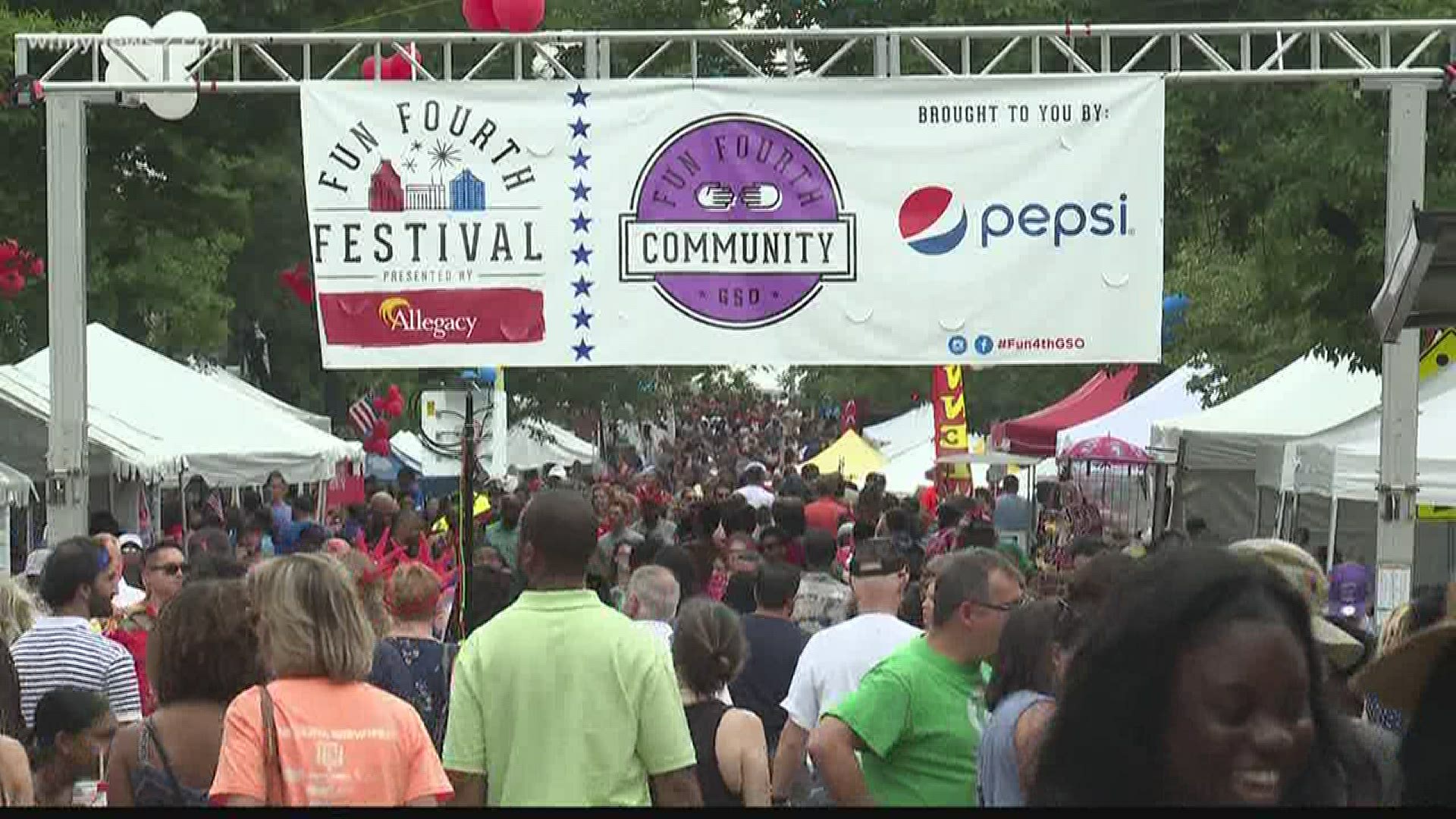 GREENSBORO, N.C. — Packed streets with dancing, live music and dozens of vendors is typical for a 4th of July celebration in downtown Greensboro.

“It’s beyond that and it touches so many lives, said Zack Matheny, President of Downtown Greensboro. “10’s of thousands of people come out for the fun fourth celebration and the economic impact it creates for the restaurants and businesses is a major event as well.”

But this year there will be no economy boost, there’ll be no celebration. The city announced Thursday they are canceling the Fun Fourth Festival.

“It’s a lot to juggle a lot to plan and in this case not knowing what the future is going to look like we thought it was time to go and cancel it this year,” said Matheny

Planning paused once the coronavirus become a larger issue.

Matheny said It took about 8 weeks to make the decision, mostly because of the impact it’ll have the more than 50 vendors and local businesses who have their biggest sales at this time.

“Sure money is always a concern, but I was on a call with the state and they say revenue is going to be down for all municipalities,” said city council woman, Sharon Hightower. “We need money to keep the community growing but at what rate do we need that money.”

Council woman Hightower said the city is making the right decision because there so many unknowns.

“If we do it this way we’re lookout out for the best interest of the city,” said Hightower.

When the stay-at-home order is lifted  Matheny said he plans to hold an event to celebrate the re-opening of the city.

RELATED: President Trump expected to sign $500B aid bill as US virus cases near 870K

RELATED: 'Everyone is in this together' | Greensboro students come together through class art project