It's a time for millions to reflect, repent and fast. 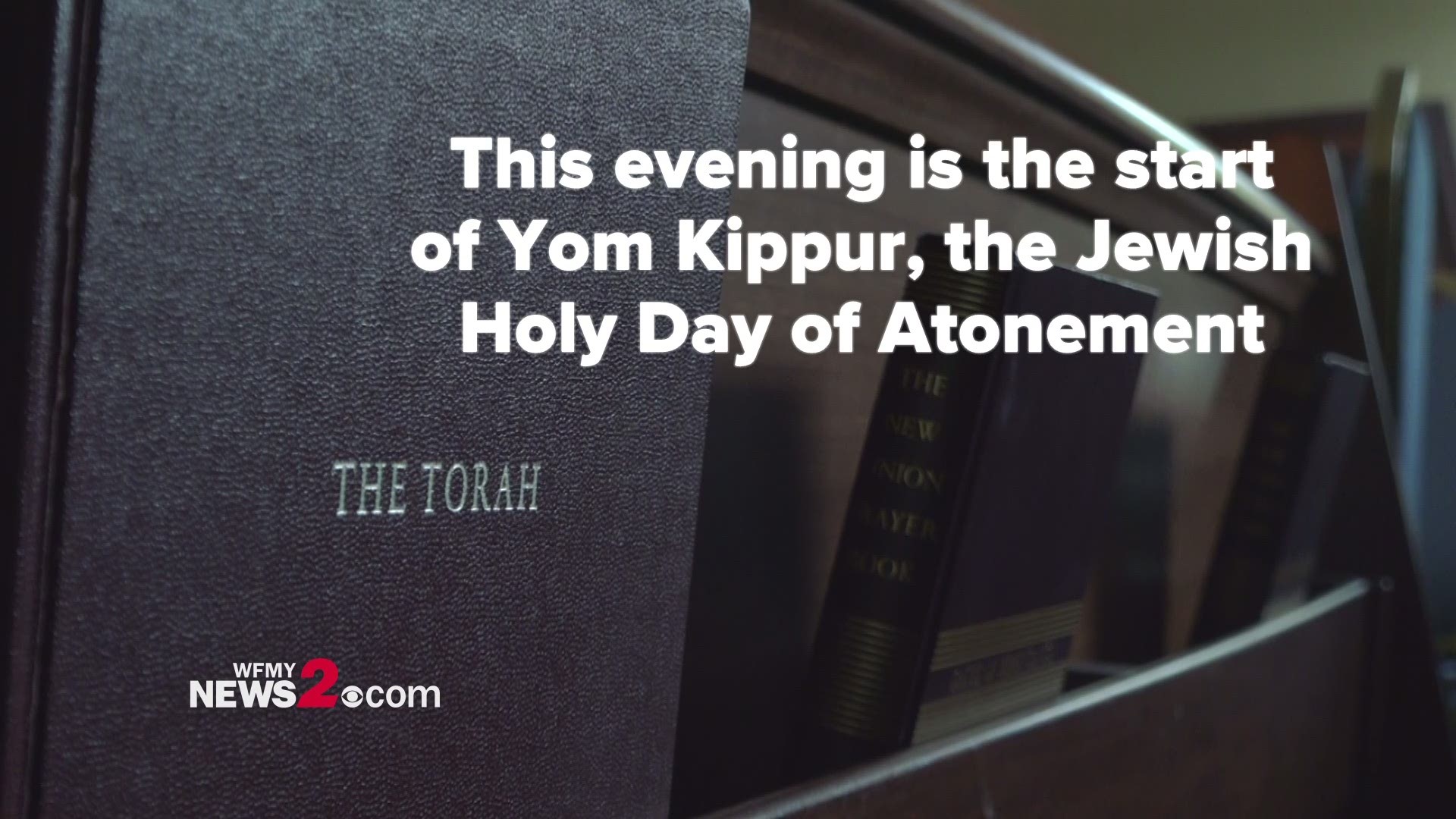 GREENSBORO, N.C. — Greensboro sits at a location that could appropriately be described as the buckle of the 'Bible Belt that wraps around the southeastern United States. Religiously, census data shows more than three-quarters of the area's residents claim religious affiliation underneath one denomination of Christianity or another.

While recent census data lists less than 1 percent of North Carolinians as Jewish (a conservative estimate of around 30,000 individuals), Greensboro Jews have historically found the Triad an accepting place to live.

This evening, those locals will join millions around the world in the celebration of the Jewish faith's holiest day, Yom Kippur. A day of fasting and spiritual repentance, even many secular Jews will refrain from eating or drinking for nearly 26 hours and engage in multiple religious ceremonies and prayer services centered around atonement and spiritual cleansing. Yom Kippur is the 10th day of the Judaic new year, "Rosh Hashana," one Judaism's most culturally impactful and spiritually significant religious events each year.

"While there a number of important days on any religious calendar," said Rabbi Andy Koren, "there's something very special about the Jewish Day of Atonement, Yom Kippur."

Koren has practiced Yom Kippur 'for nearly 50 years' since his coming of age in the Jewish faith known as bat mitzvah, when children become, in the eyes of Judaic law, responsible for their actions. Jews are then required to participate in the Yom Kippur fast, barring any preventative health conditions, the rabbi said.

Fasting, Koren said, while sometimes difficult, provides a certain focus that he said heightens the spiritual experience of the day.

"This is all about minimizing my bodily requirements to increase my spiritual awareness," Koren said, "to the extent that that works, it is a very good spiritual tool."

At Koren's Temple Emanuel, prayer rituals, songs and activities will continue almost continuously until tomorrow night, doubling as a distraction from hunger and a community center to focus on worship.

"Anybody, if compelled, could reasonably abstain from eating or drinking for a day," Koren said, "but this is so much more than that, and it is very important to us."

With antisemitic incidents on the rise in recent years, even awareness and support makes a difference for the minority religious group.

"There's been an uptick in violence, and because of that we've learned to keep our heads on the swivel at certain points," said Koren, "but for those who stand with the Jewish community, those stances are really, really appreciated at this time."

RELATED: Yom Kippur: A time for Feasting as Well as Fasting