Eric Chilton talks with a NASA Program Scientist about what Earth can expect with solar flares in the future. 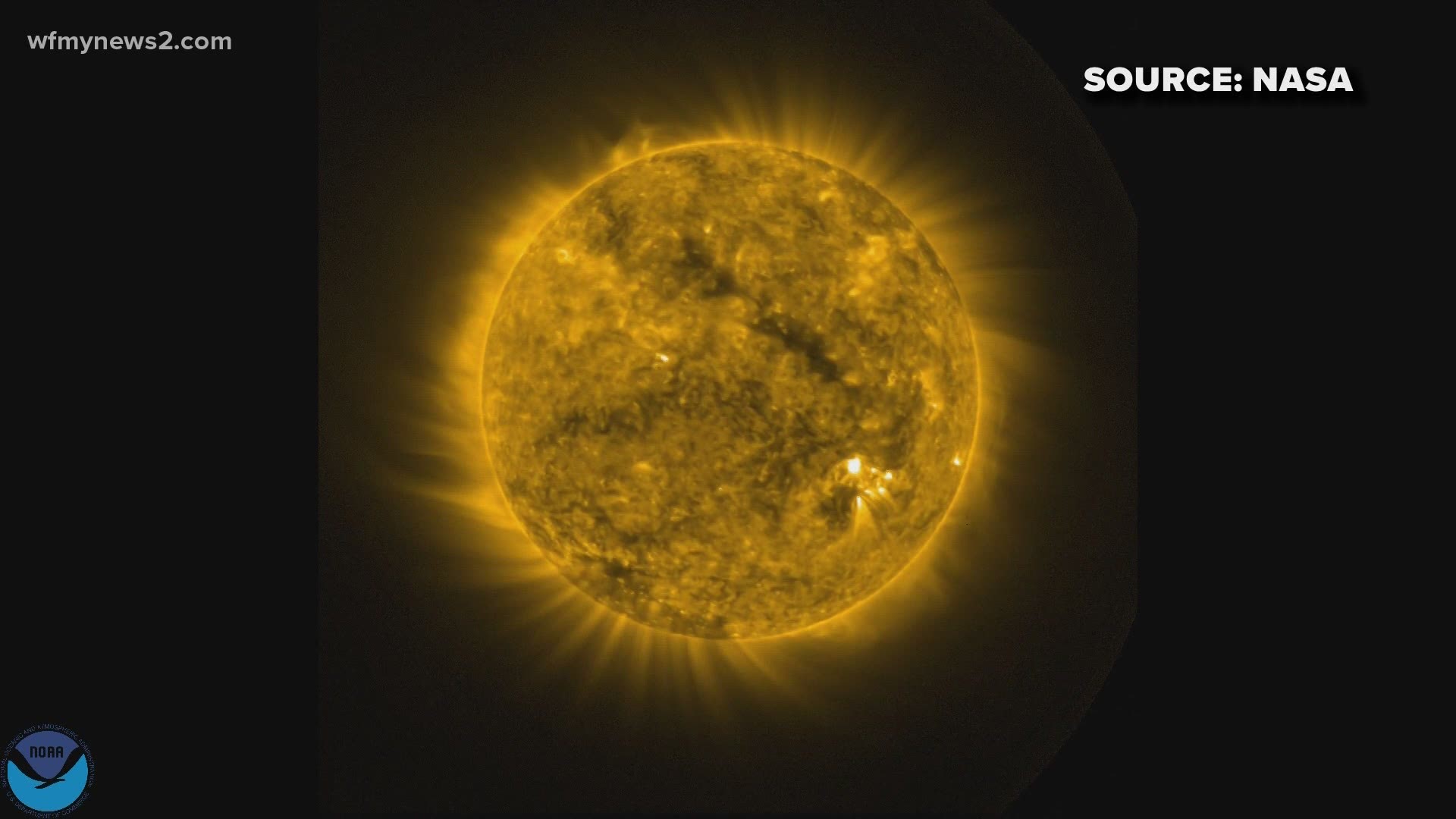 GREENSBORO, N.C. — NASA scientist Lika Guhathakurta says we better keep an eye to the sky over the next 5 years when it comes to solar weather. In her interview with me she said that it is just a matter of time before a solar flare of some unknown level of intensity affects our technology. And it could be bad.

"We are leaving a period of inactivity as far as the sun is concerned," said Guhathakurta. "Just speaking from statistics we are entering a period of high activity over the next few years and it means that we could see some solar weather affect us sometime between 2020 and 2025."

According to scientists like her the sun's activity swings back and forth like a pendulum and if we were to see enough of the radiation from a solar flare it could disrupt our computers, our GPS devices and even the power grid.

A similar flare up happened in the late 1980s and knocked out the power grid in parts of New York and Tibet.

"We don't know a lot about the sun but we do know the general timing of its active periods and we are definitely seeing that active period beginning soon. But we scientists are always watching," said Guhathakurta.

And thank goodness we have her on watch because losing satellites and technology can be devastating in a world that is forever digitally connected. In her words, "Anything with an on and off switch would be in jeopardy."