The Norfolk Police Department challenged Virginia Beach Police to compete in the #LipSyncChallenge. And boy, they did not disappoint. 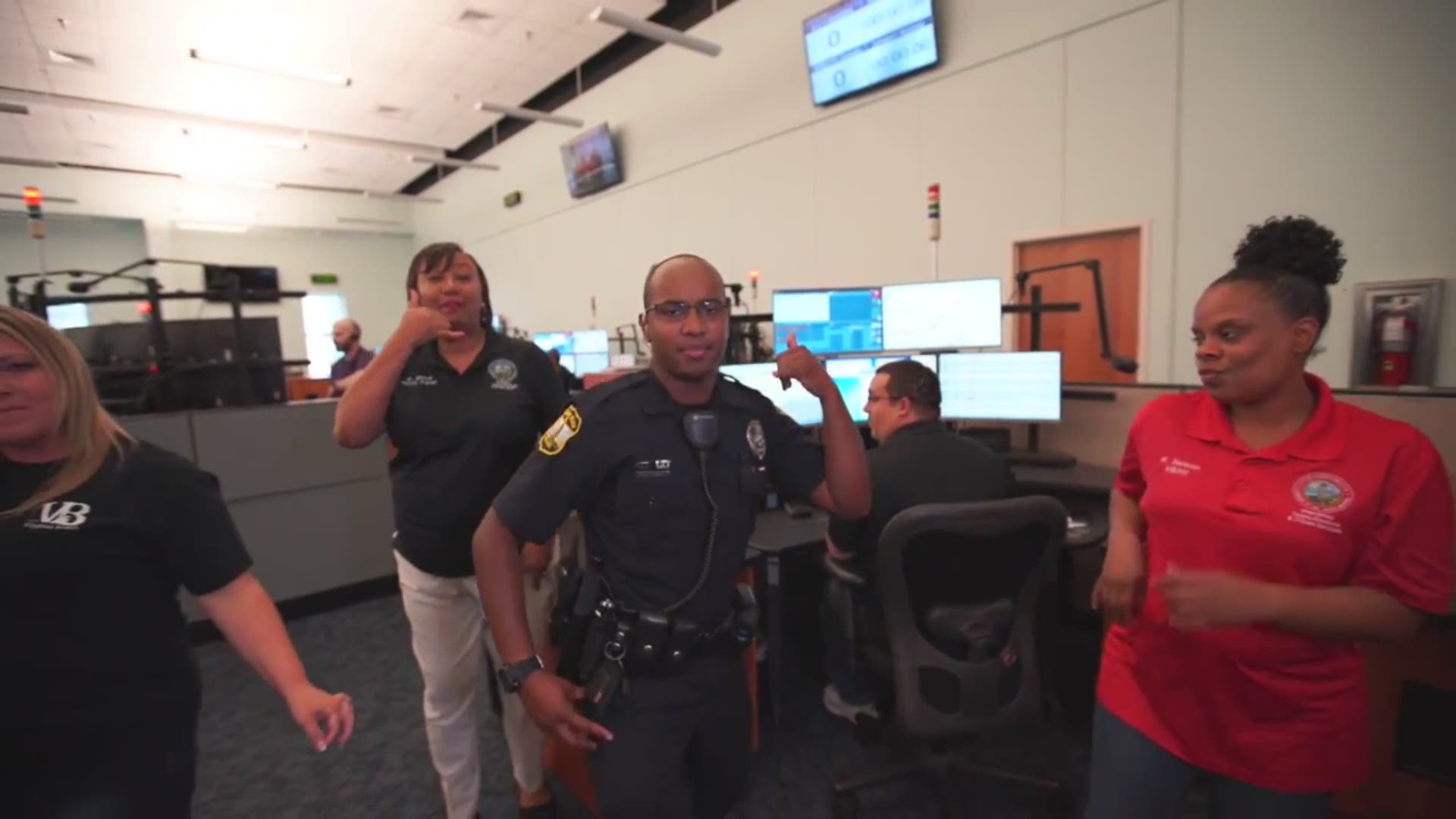 VIRGINIA BEACH, Va. (WVEC) -- The Lip Sync Battle has taken the nation by storm as police all over the country take part in the social media challenge...and Virginia Beach Police brought the heat!

Officers donned in blue uniforms went all around Virginia Beach to film their challenge, from the emergency communications center to the Oceanfront, then finally to Mount Trashmore.

And for every different scene, they lip-synced to a different song! They started with "Hotline Bling" by Drake, then "Happy" by Virginia Beach native Pharrell Williams, and finally ended with "I Need A Hero" by Bonnie Taylor.

Virginia Beach officers initially accepted the challenge on July 13. Then, four days later, they posted a brief teaser, showing an officer viewing Norfolk Police's lip sync challenge and wiping sweat off his brow with a nervous look on his face.

Hampton Police, Virginia State Police and the York-Poquoson Sheriff's Office also participated in the challenge. Check out their awesome videos below!