Developer's plan could double the size of Jamestown

The 460-acre plan would be completed in four phases. 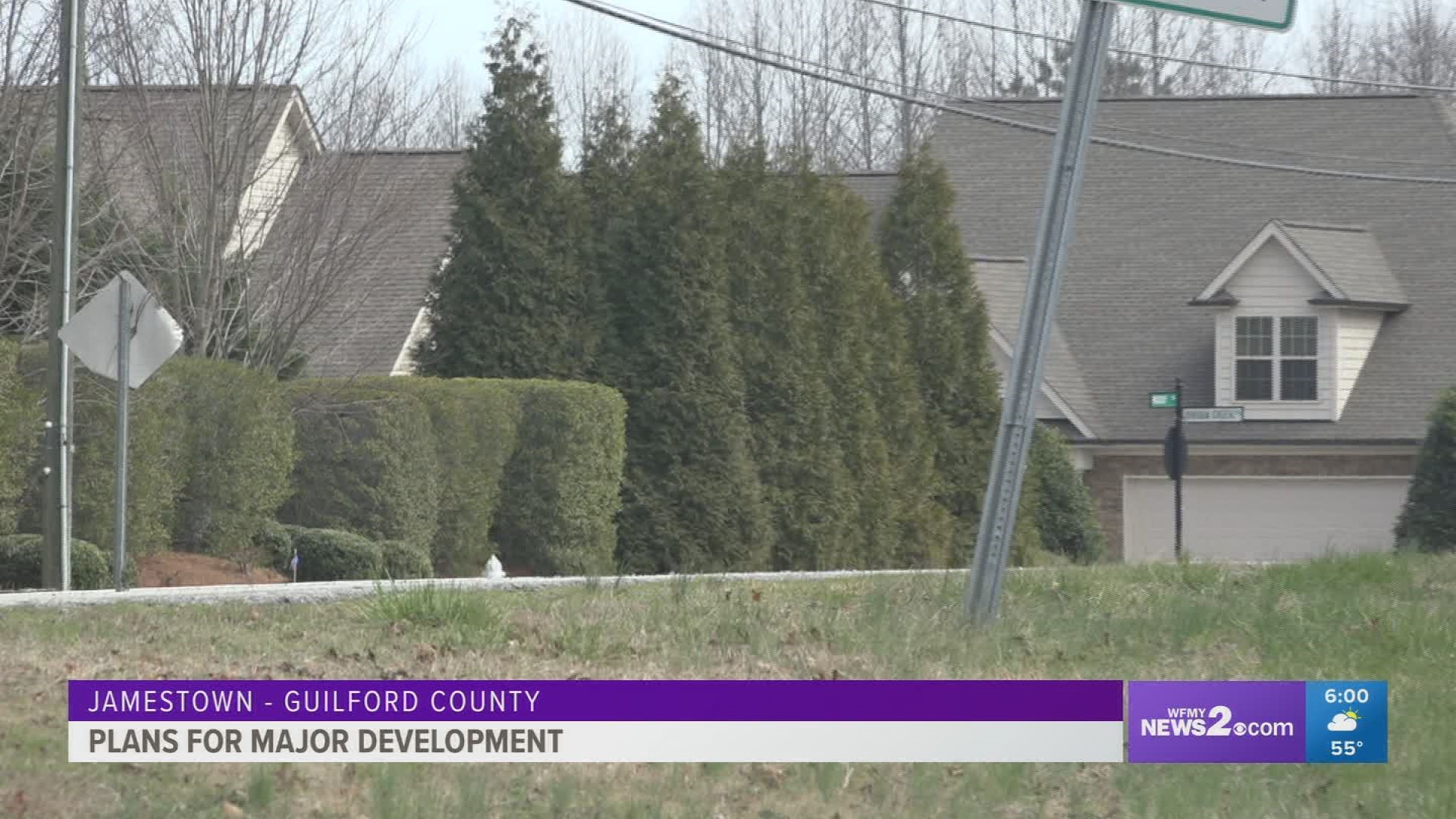 JAMESTOWN, N.C. — Editor's note: WFMY News 2's Jessica Winters is looking into this plan for Jamestown and will have the latest in our Monday evening newscasts.

The size of a Triad community could double in size in the next decade with the development of more than 460 acres.

On Thursday, Diamondback Investment Group unveiled plans for "Castleton Village," a community with 1,700 homes and a commercial area with a grocery store. It would be built on land bordered by Guilford College Road and Mackay Road in Jamestown.

So with this proposed development of 1,700 units, it is realistic to say that Jamestown's population could more than double.

The mostly undeveloped land is now a family farm.

The development is not a done deal. The next step?

Johnson says the town has not yet received any formal requests for rezoning. They expect those rezoning papers within the next month.

Once the rezoning papers are received, the planning board will hold a public hearing. Johnson says because of the magnitude and importance of this proposed development, there will likely be several public hearings spanning a couple months.

The planning board would then take its recommendation to Town Council.

Town Council has the final say.

If approved, the construction of such a project would take anywhere from 5-7 years, according to Johnson.

To read more about the development and what it could mean for the growth of Jamestown, click here to read the full Triad Business Journal article.

RELATED: Triad-based chain opens third Fayetteville location with another on the way