Blind Horses, Combat Veterans Get Second Chance At Life At This Rescue

Flurry's Hope Blind Horse Rescue rescues horses that were going to be euthanized because of their blindness and provides therapeutic experiences for combat veterans with PTSD. 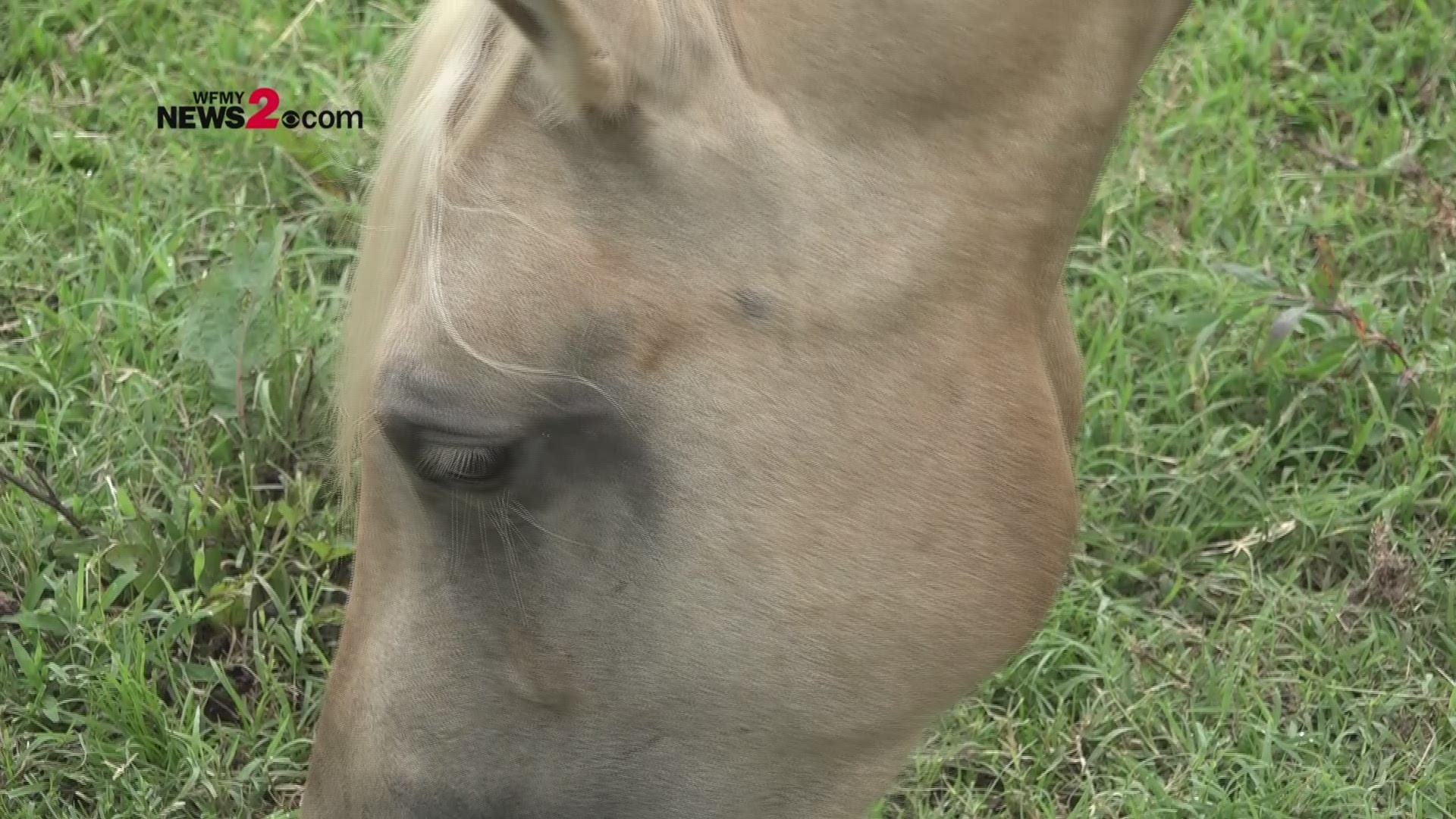 MADISON, N.C. (WFMY) – A couple of right turns off US 220 N in Madison and you’ll come across a farm with a little over a dozen horses.

While you may see them trotting and running through the fields, there’s something you won’t notice.

All of the horses are blind.

“Flurry’s Hope is a blind horse rescue that demonstrates to the world that disability is not inability,” said founder and director Emilie Storch.

According to Storch, all of the horses on the farm were going to be euthanized because of their blindness.

“If you’ve never been in combat, you don’t even know what they’re talking about, you know, and the person doing the talking, the veteran, it’s hard to express the things that need to be expressed,” said Mike Kennedy, a Vietnam veteran, and now Veterans Program Director at Flurry’s Hope.

Kennedy, who suffers PTSD and other counter-effects from the war, has been volunteering at the farm for almost five years now, and he’s certain it’s changed his life.

“You come out here, and these horses will stand there, and they will listen to you, they will not judge you,” Kennedy shared. “It’s just temporary escape from the human world.”

Though he has a special place in his heart for every single one of the horses, which he knows by name, he’s developed a special bond with a 19-year-old horse named Fanny.

“I noticed that my stress level started dropping down,” Kennedy said. “I have no words to express the level of love that she shows me.”

Kennedy says he understands the relationship people have with cats and dogs, but that a bond with a horse, "it touches the soul."

He wants other veterans who have gone through what he has, to understand the escape connecting with these horses can provide.

“I’ve made it my journey to stay here and see if I can get Fanny to teach me how that works,” Kennedy added.

Storch, a retired psychologist, says she sees a relationship between the way the horses she’s rescued have been neglected and society’s fascination with ‘perfection.’

“In this society, perfection is killing us,” she said. “We are a demonstration that God cares about those who are unloved, who feel like they have no place and especially for combat veterans.”

She says that through her experience as a psychologist, she knows horses have a therapeutic nature and an ability to connect with people.

Storch mentioned that although the rescue does not have revenue or paid staff, they’ve “always had enough,” thanks to random donations that just “show up” in their mailbox when they’re needed the most.

“Words are never enough to explain what they [veterans] have been through, no one can know this but them, and words are inadequate,” Storch adds.

Because of this, Flurry’s Hope limits the number of non-military on the farm when veterans are visiting and taking in the experience.