Could coal ash be the one of the building materials of tomorrow? North Carolina A&T State University researchers certainly think so. 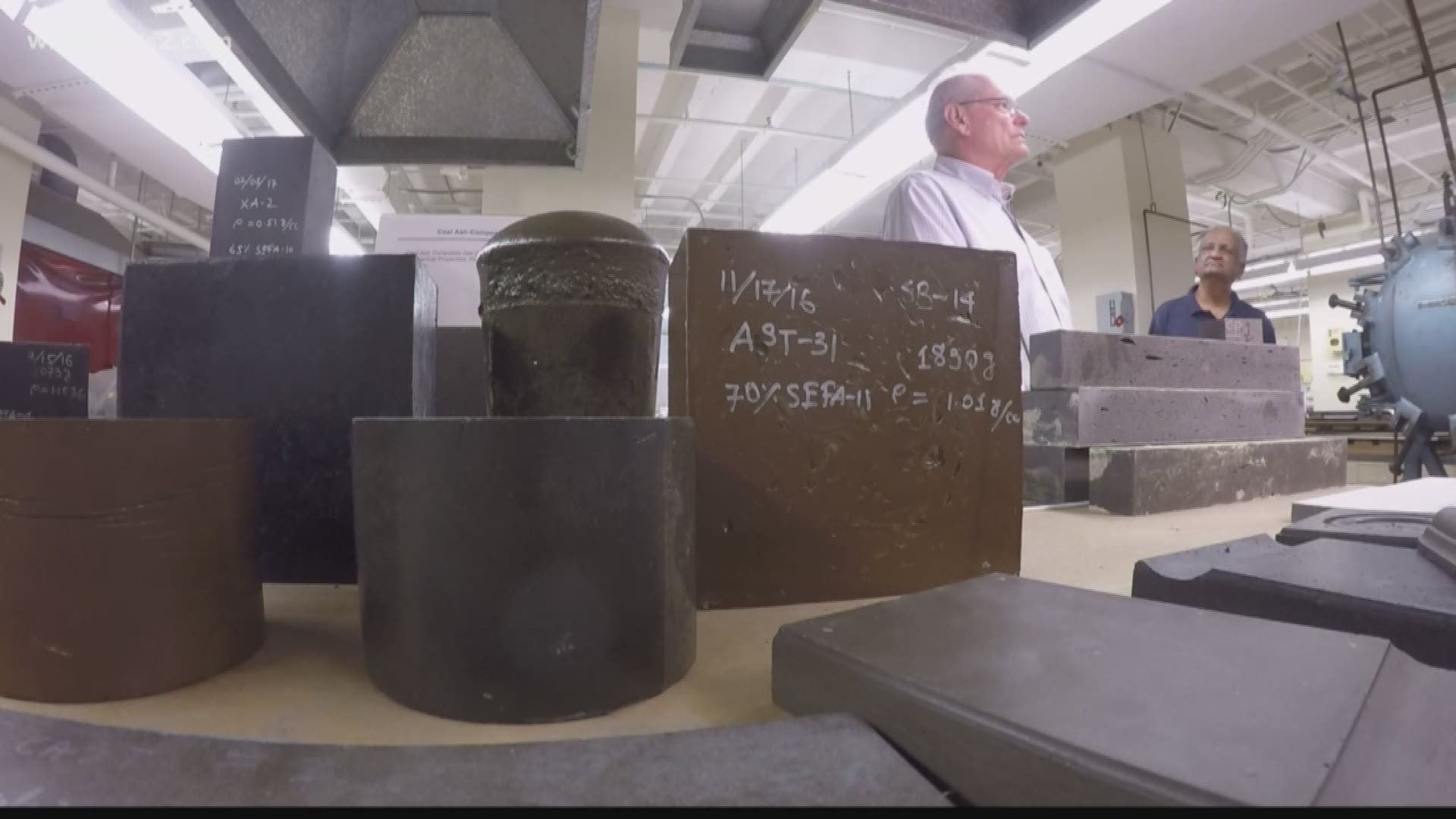 GREENSBORO, N.C. - You recycle glass, paper and plastic. But can you recycle something like...coal ash?

Duke Energy recycles 70 percent of coal ash currently produced, and most of that goes into concrete. The coal ash acts as a strengthening material.

Over at North Carolina A&T State University, researchers Dr. Kunigal Shivakumar and Wade Brown believe they've found another way to do it - to make materials like bricks, tiles, and soundproof barriers. Combined to a polymer, the coal ash used no longer emits the trace toxic elements that it would in streams, rivers, and underground waterways.

The mixing process is simple - like mixing paint. However, they explain the chemistry part can be tricky.

"To have it come out like this, to have the properties you want to, the strength, the stiffness, the shine, whatever, that's the hard part," said Brown.

You might not see coal ash as a material in everyday life right now, but one example sits just the intersection of Wendover and Westover Terrace. Parents taking their kids to Brooks Global Studies School would often miss the turn - but now, there's a sign - clearly showing the way. It's made entirely of coal ash, by former student Dhruva Shivakumar, whose father is a head researcher for the coal ash project at N.C. A&T.