Police are investigating a deadly shooting outside of BJs Restaurant and Brew House near Hanes Mall in Winston-Salem. 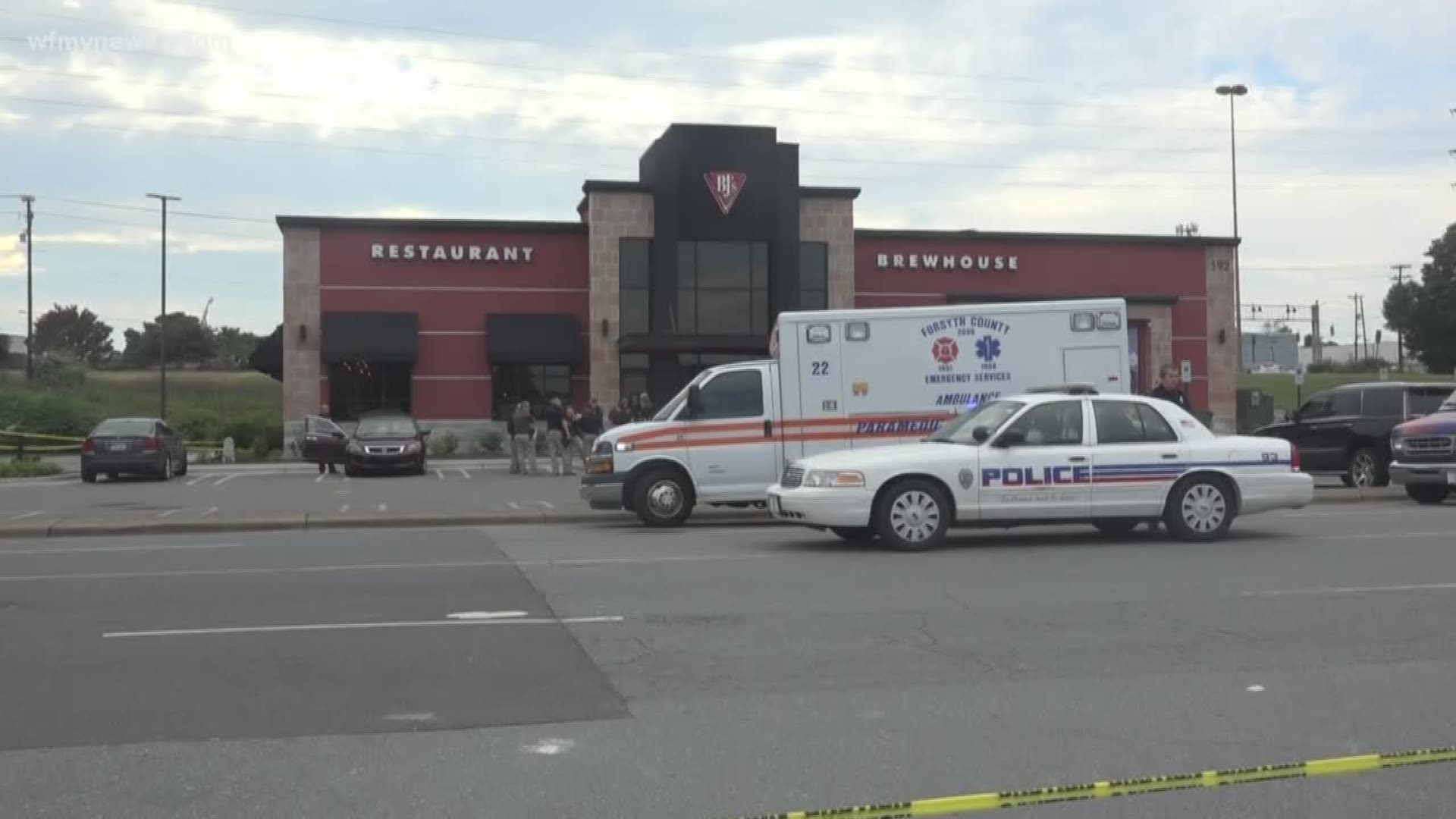 WINSTON-SALEM, N.C. — Police in Winston-Salem are investigating a reported shooting near Hanes Mall. Officers were dispatched to the area just before 3:45 p.m. Tuesday.

In an update Wednesday afternoon, Police said detectives have no information to indicate that the shooting was anything other than a random altercation that started as an argument and escalated. Police Chief Catrina Thompson says a racially-charged term was used in the argument by both men toward each other. Thompson said their findings don't indicate the shooting was racially motivated.

A vigil will be held at the restaurant at 5 p.m. Wednesday.

Police have identified the victim as 32-year-old Julius Sampson Jr. Police say he was pronounced dead on scene.

Police say an argument started inside of the business, and the fight spilled out to the parking lot. Police say at some point during the argument, Robert Granato pulled out a handgun and killed Sampson. Court documents show Granato, 22, was intoxicated when he was arrested.

Granato has been charged with murder and placed in the Forsyth County Law Enforcement Detention Center. Granato has a court appearance on Thursday morning.

Sampson's close friend Terry Angelo says Sampson was a regular at the restaurant, and was just getting a takeout lunch order when it happened.

"There were a few gentleman, one in particular, that was being very belligerent and yelling obscene gestures to a female bartender and Julius then stepped in to defend the young lady," Angelo said.

Angelo said Sampson was a father of three and just got married back in February. He says he worked at Supreme Legacy Barbershop in Hanes Mall and would often give free haircuts to at-risk kids.

"He was a newlywed, just got married, and just came back from vacation yesterday with his family with his wife and his in-laws so it's very devastating."

With tears in his eyes, he said him and Sampson were just talking about the nationwide mass shootings, and how to spread love rather than hate.

"Unfortunately it's eerie because that's a conversation we had earlier in the day and he loses his life, behind something we just spoke about."

Police say this was an isolated incident.

Winston-Salem Police said the parking lot was very busy at the time of the shooting since it was in the afternoon.