Man charged with murders in TN and FL said he was "doing what God told me to do."

Stanley Mossburg, who called himself Woo Woo, was charged with fatally stabbing a man in Greeneville & a man and woman in Florida. 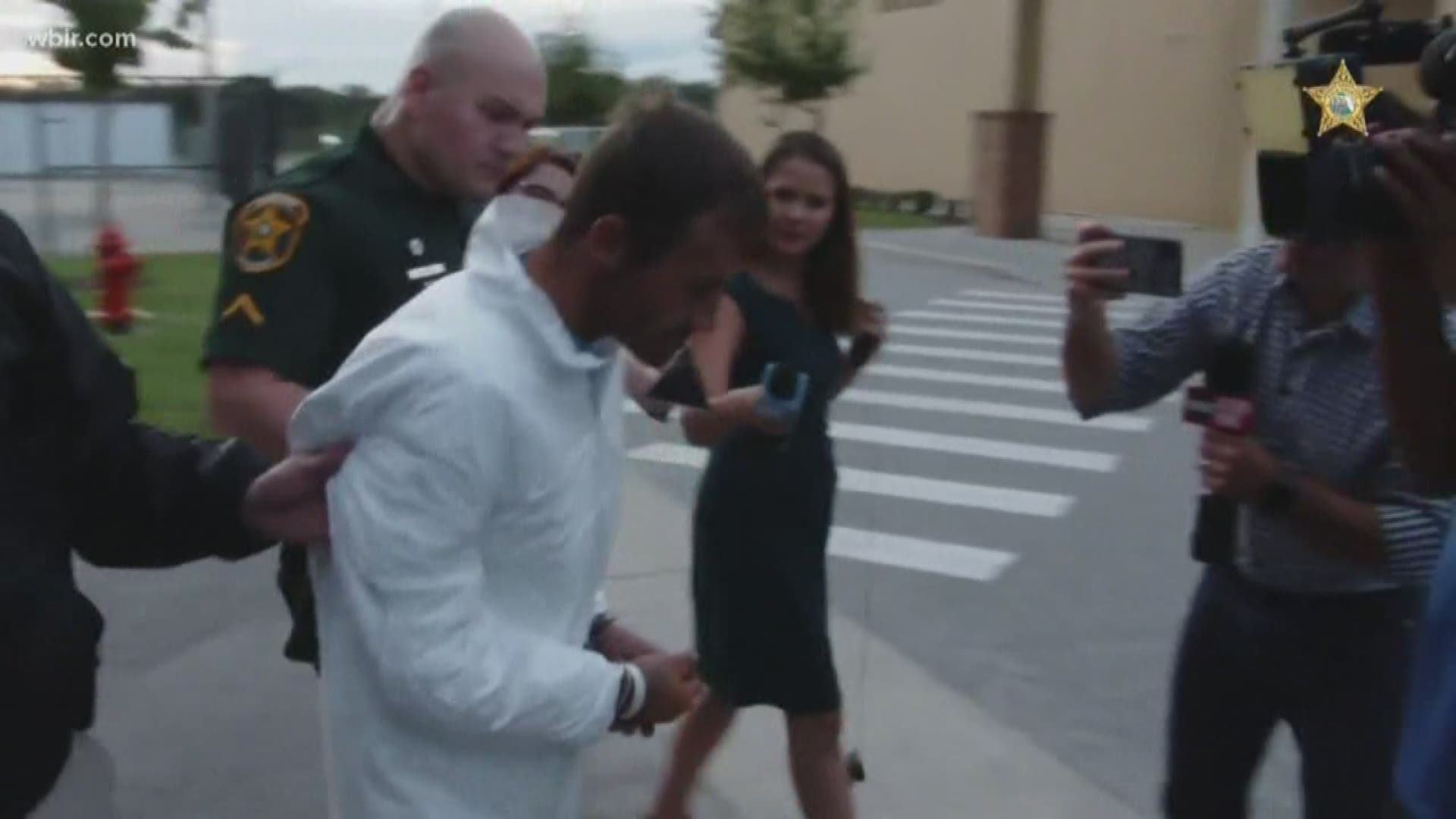 WINTER HAVEN, Fla. — A man accused of killing a Greeneville man and two people in Florida said he was "doing what God told me to do."

Stanley Mossburg, 35, who also goes by "Woo Woo," was arrested Tuesday morning after being barricaded in a home in Winter Haven, Florida.

As he was being escorted to a waiting police car on Tuesday evening, sheriff's office video shows Mossburg responding to reporters' questions, muttering "there's a war."

RELATED: "I like killing people" | Man wanted for murder in TN arrested in Florida, accused of 2 more murders

Mossburg said he's "a prophet, not a serial killer." When asked about the allegations of murder, Mossburg said he was "doing what God told me to do."

"Y'all will see God, and there's going to be an angels and demons fight from God," he said before getting inside the car.

Mossburg had been added to the TBI's Most Wanted List Monday after investigators said he killed Christopher Scott Short at a Greeneville laundromat on Oct. 2. 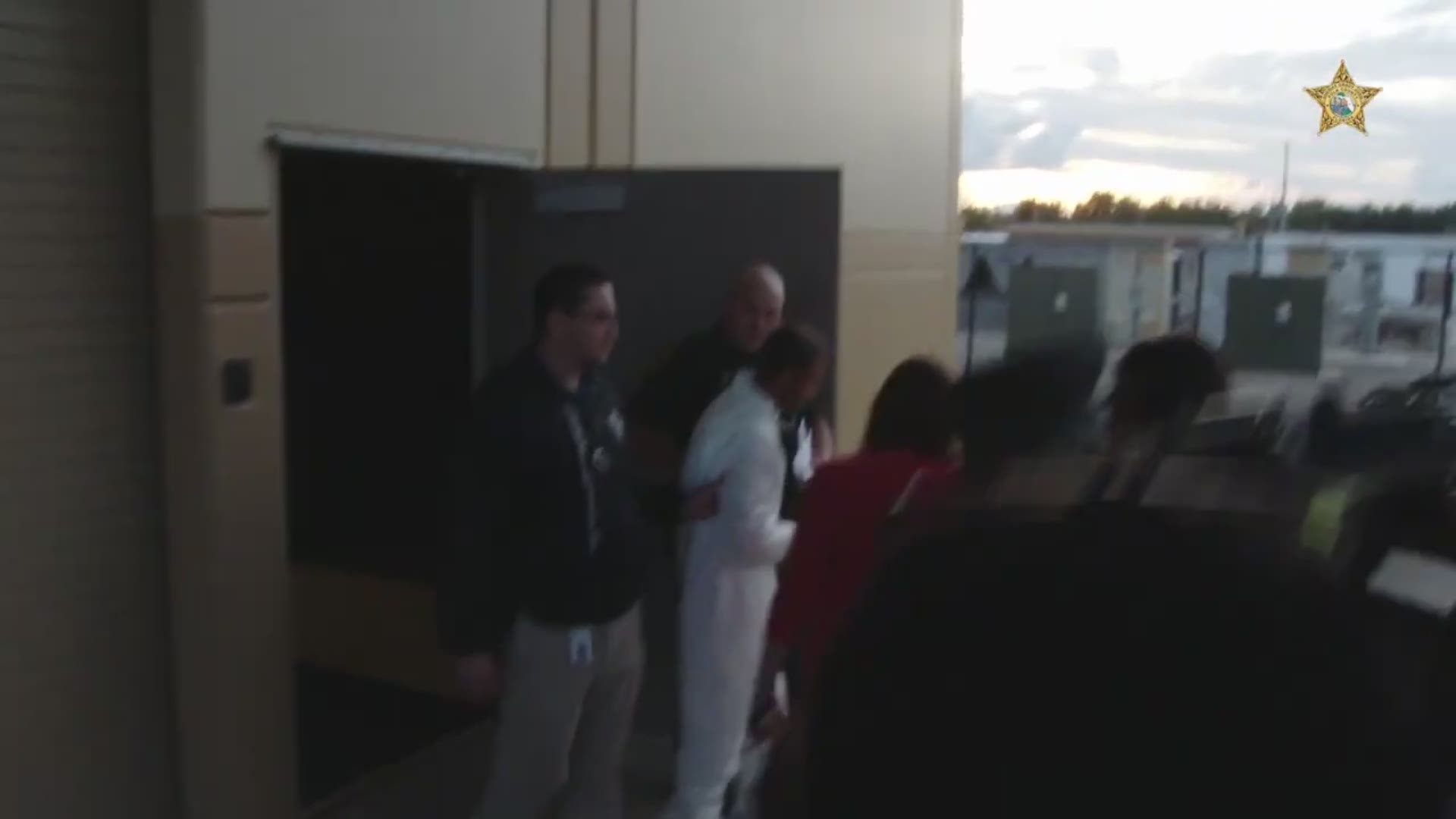 After that, investigators said he fled Tennessee, eventually ending up in Florida where they said he stabbed and killed a man and woman inside a home.

According to the Florida affidavit filed in Polk County, the victims were identified as 66-year-old Kenneth Bever and 61-year-old Marguerite Morey.

A third man who lived in the home, 65-year-old Donald Kohl, survived because Mossburg told him 'God didn't want him to kill him.'

The affidavit said it began on Saturday, Oct. 13 when the suspect jumped over their fence with a BB gun and followed Morey into her home. While inside, officers said Bever entered and lunged at the suspect before he was hit on the head with the BB gun and stabbed multiple times with a kitchen knife.

Kohl then returned home later when he heard Morey tell him to "do everything he says and he won't hurt you."

Investigators said Mossburg had then walked up behind Kohl with a knife taken from the kitchen -- telling him he was also armed with a gun.The affidavit said Mossburg then took Kohl to a back office room, where Kohl saw Morey tied to a kitchen chair with duct tape and rope.

Mossburg then tied Kohl up to an office chair with computer and telephone cables, asking Kohl where he kept money and other valuables. Over the course of the next few hours, Kohl said Mossburg had been in and out of the office demanding money, threatening to kill him if he lied. Investigators said the suspect then told Kohl he had killed Bever and broke a knife off inside him after he attempted to fight back.

Authorities said Mossburg eventually gained access to the victims' safe after being told the code and finding the key, removing documents such as Morey's passport.

Mossburg then left the office and returned a short time later, telling Kohl he had also killed Morey, according to the affidavit. The next morning, Kohl said the suspect untied him and told him Morey and Bever were 'the seventh and eighth people he has killed' and that "God" told him not to kill him.

He also told Kohl that he liked killing people and wanted to be a serial killer.

The affidavit said Mossburg then turned down the air conditioning in the home to keep the victims 'from beginning to smell' and began cleaning the home with bleach.

Kohl said the suspect took various items and clothing of theirs valued at roughly $3,500  before driving away in Morey's SUV. The affidavit said the suspect told Kohl he would return with others to remove the bodies, and Kohl did not immediately seek help out of fear for his life.

Later Monday evening, officers received the call from Kohl. Both victims were found dead with wounds to the front of their necks, as well as other wounds to their chests.

Officers had learned earlier that day Mossburg was wanted for the murder out of Tennessee, saying he had pawned items in Auburndale, Florida on Thursday, Oct. 10 -- a little more than a week after Short's murder. Kohl was able to identify the suspect based on a lineup photo officers received.

Officers were able to track down Morey's SUV at a driveway a street over from where the two murders took place. When they arrived, people told officers the suspect was inside their home.

When officers began to search the home, they said they heard two gunshots from within. After obtaining a search warrant, a SWAT team surrounded the home and the standoff took place.

More gunshots were heard as officers gave verbal commands to the suspect over a loudspeaker. The suspect told them he was armed with a handgun, and as officers tried to enter the garage -- the suspect said he had shot twice to let them know to 'leave him alone.' The suspect then said he fired roughly seven more times as officers were trying to get him to peacefully surrender.

On Oct. 15 around 5 a.m., officers were finally able to take the suspect into custody from within the home.

Mossburg is facing 17 charges in Florida: