According to a warrant, 30-year-old Amelia Ressler performed an 'indecent' sexual act in class while 19 eight-year-old students were present. 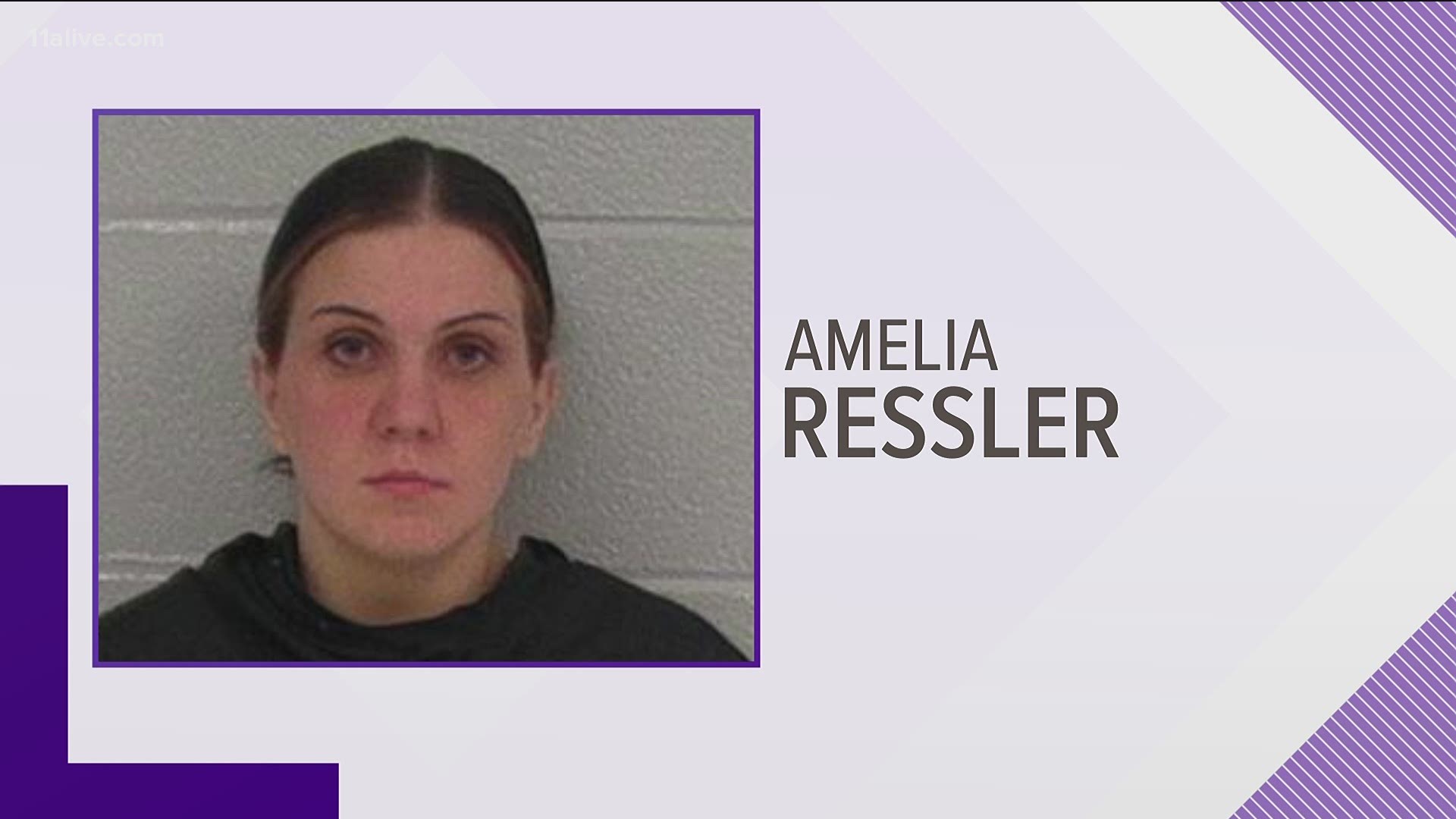 CARROLL COUNTY, Ga. — New details have been released after an elementary school substitute teacher was charged with 19 counts of child molestation on Friday. She is still in jail after making her first court appearance on Monday.

According to a warrant sent to 11Alive on Monday, 30-year-old Amelia Ressler, of Carrollton, performed an "indecent act" in class, allegedly pleasuring herself, while 19 eight-year-old students were present.

On Friday, the county released a statement that didn't suggest exactly what that misconduct was or whether it happened at school. They only said it was "indecent and immoral acts while in the presence of school-aged children." Warrants now offer the new insight into the charges.

According to the Carroll County Sheriff's Office, its investigators were notified on Friday by staff at Mt. Zion Elementary School following allegations of misconduct by Ressler.

"We will continue to work closely with them during the remainder of the investigation," the sheriff's office said on Friday.

Child molestation is a felony charge in Georgia. Ressler is facing charges for each student that was present.

According to the affidavit, "a person commits the offense of child molestation when such person does any immoral or indecent act to or in the presence of or with any child under the age of 16 years with the intent to arouse or satisfy the sexual desires of either the child or the person."

Ressler is still in jail following her first court appearance.

Editor's note: This story has been updated to include the definition of child molestation under Georgia law. It has been included to provide context.