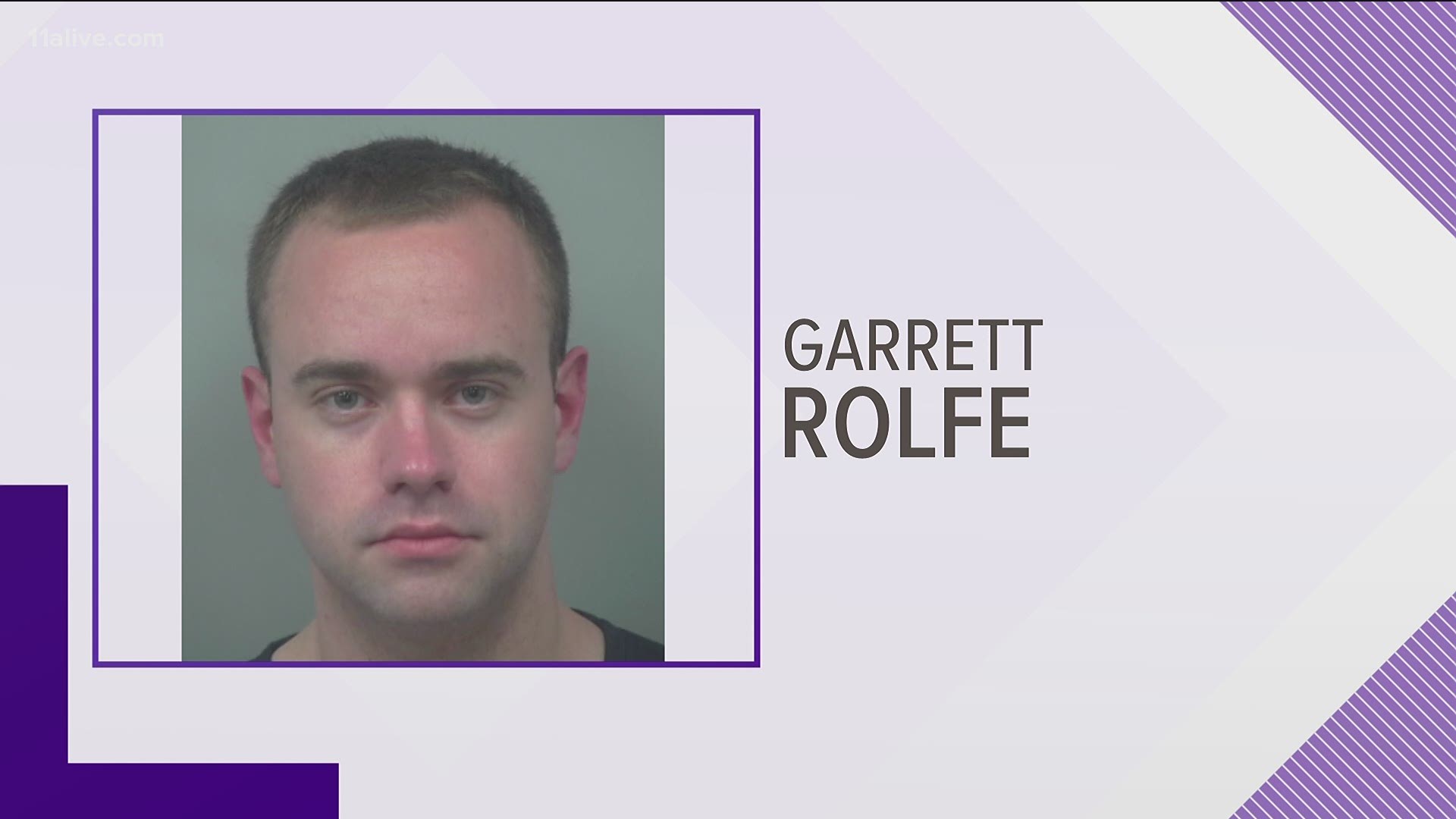 ATLANTA — The fired Atlanta Police officer accused of murdering Rayshard Brooks seeking to get bond is receiving major support from both local and national organizations when in the days before he next appears before a judge.

The Law Enforcement Legal Defense Fund told 11Alive it will be paying for all the costs associated with defending Garrett Rolfe against the murder charge. The national nonprofit based in Virginia chose Rolfe's case - like many that they take on - because they believed he was wrongly charged.

He's also getting funding for his legal team from the Georgia Law Enforcement group, which said it has already raised all the money needed for the former officer's defense.

Rolfe was fired from the force after fatally shooting Brooks in the parking lot of an Atlanta Wendy's June 12 as Brooks ran from officers trying to arrest him and fired a taser in their direction. Fulton County District Attorney Paul Howard later charged Rolfe with felony murder and 10 other counts. The other officer, Devin Brosnan, was also charged with four counts. He was placed on administrative duty.

Georgia Law Enforcement said they started a fund for Brosnan, and will be working with both men's legal teams.

President of the nonprofit Jason Johnson spoke to 11Alive on Wednesday, and said while what happened to Brooks was a tragedy, he does not believe it was murder.

"I think it’s very important - no matter what anyone’s perspective is on policing or where policing is in this day and age - to understand that you really have to investigate what happened in all available evidence before you can make a decision about whether its warranted to take disciplinary action or warranted to pursue criminal charges," he explained.

Johnson said in reviewing the video tape from night of the shooting, he believes Rolfe acted appropriately, and that the district attorney rushed to judgement when filing charges.

"When you cut out the investigative step, you are really setting the bar in a place where, unfortunately, I think down the road, we are going to see a lot of acquittals, and there’s going to be a lot of unhappy, disappointed people who thought that the fact that these officers were charged meant that they were actually guilty," Johnson added.

DA Howard has faced criticism for allegedly rushing to bring charges against Rolfe and Brosnan and playing politics. The Georgia Bureau of Investigation even released a statement saying the case is still ongoing, adding it was never consulted by the DA before the charges were filed.

Howard, however, said video evidence was enough to bring forth the charges.

Rolfe is expected go before a judge next Tuesday, June 30 at 2 p.m. to learn whether a bond will be issued.

Johnson said he hasn't spoken directly with Rolfe, but is working with his legal team. He said all of team's funding will come from private donations, and they expect to spend up to $250,000 to defend against the murder charge.

Meanwhile, a representative for local International Brotherhood of Police Officers Union 623 says it has already cut a check for $150,000 to pay for Rolfe's defense.

MORE ON THE RAYSHARD BROOKS CASE

What do we know about Garrett Rolfe?