Investigators say the men were attempting to speak with family members of people who were inside the clinic. 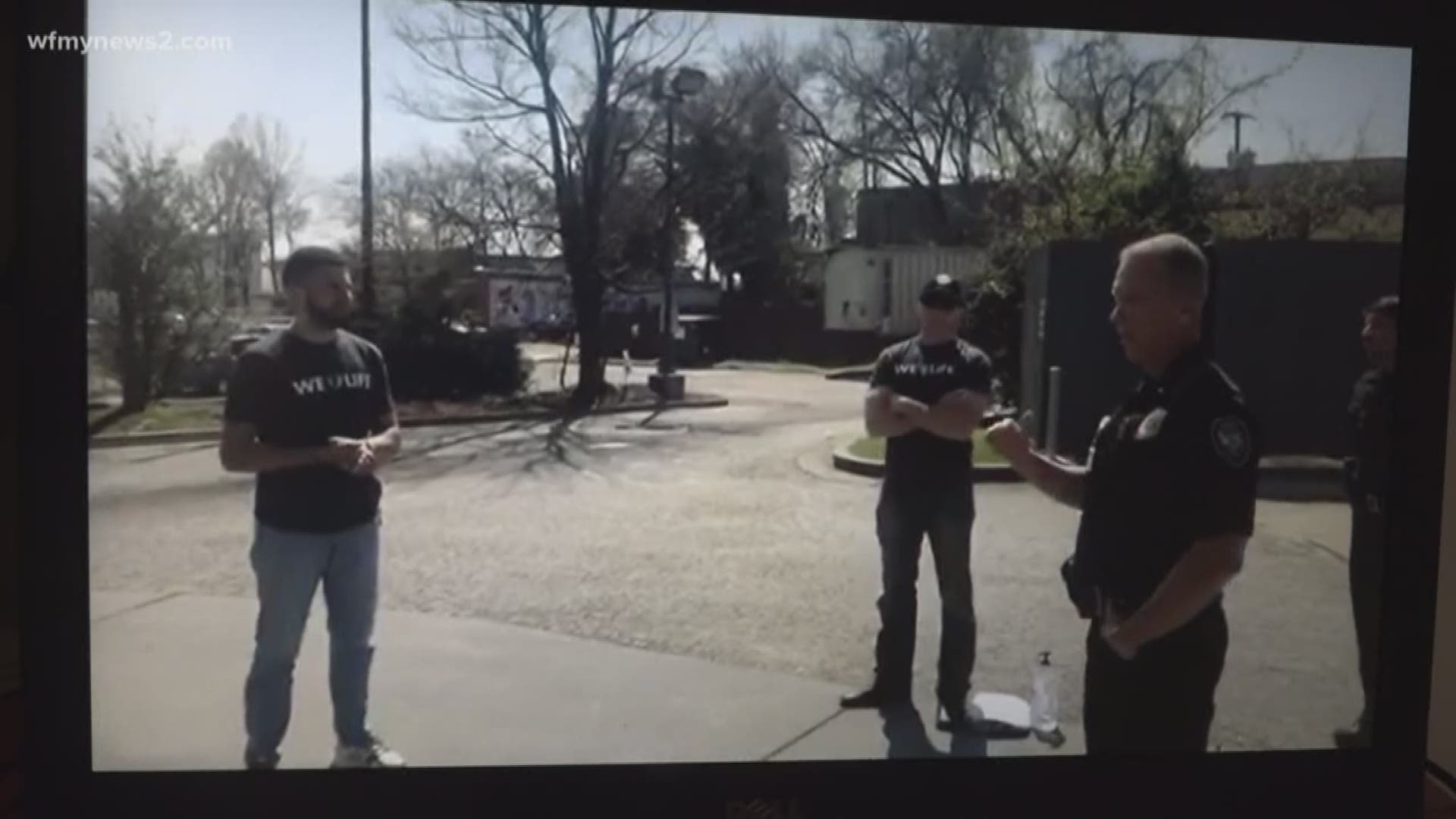 GREENSBORO, N.C. — Three men were arrested while protesting outside an abortion clinic in Greensboro Saturday morning. Another man was given a citation.

According to the Greensboro Police Department, the men are from a religious group called Love Life which is based in Charlotte.

Police said the men traveled from the Charlotte area to stage their protest at the abortion clinic.

Investigators said the men were attempting to speak with family members of people who were inside the clinic.

Jason Oesterreich, 42 of Locust (Stanly County), Justin Reeder, 34 of Huntersville, Carl Ubinas, 52 of Mooresville, N.C and Isaiah Burner, 23 of Statesville, were cited and charged under the stay-at-home order.

Oesterreich, Reeder, and Ubinas were arrested and charged with one count each of resist delay obstruct public officer.

The charges count as a second-class misdemeanor, according to Greensboro police.

A more than six-minute Facebook Live video shows how the incident happened, from the men's perspective. In the video, as one person recorded, two men, including Reeder, the founder of Love Life, walk toward the clinic and then at about three minutes and thirty-second mark, the police show up.

"I'm Lt. Knott with the police department, I am going to tell you now that you need to return to your vehicles, you've got a choice right now to choose to comply with what I'm telling you or you are going to be charged," said the officer.

Love Life wants Governor Cooper to close abortion clinics and to classify them non-essential during the COVID-19 pandemic. An alert on the group's website instructs members on how to protest, and conduct what they call a 'prayer walk.'  The officer can be heard in the video trying to appeal to the protesters, but after repeated commands from the police one man is heard arguing.

"Right now I am giving you a command to leave this location," said the officer.

"You must obey the rule of God and not the rule of man," responded one of the protesters.

"If you do not leave this location now you will be charged. Are you going to comply with what I'm telling you to do?" asked the officer.

The men didn't comply and were promptly arrested by the officers.

A person filming backs up to show the four men sitting on the sidewalk as police looked at their identification.

The men are the first persons in the City of Greensboro to be charged for violating the stay-at-home order.

NC man charged after coughing on Walmart customer, saying he had coronavirus

Gov. Roy Cooper orders all US, NC flags lowered to half-staff in honor of NC House of Representative that passed