Federal investigators said Matthew Wood contacted the FBI on Jan. 25, identifying himself as one of the suspects depicted on the FBI's list of suspects. 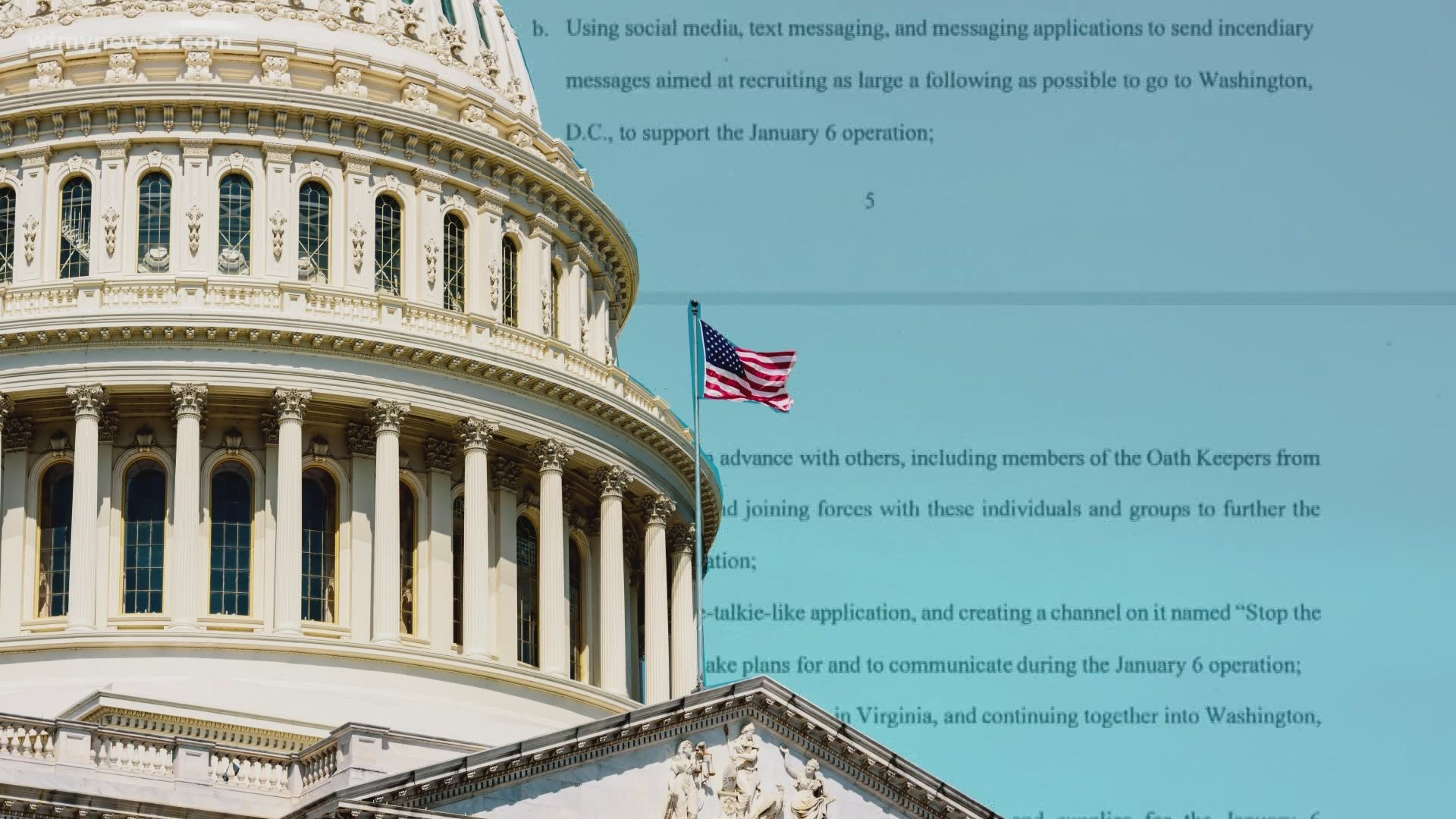 A warrant was issued for a man’s arrest in connection with the Capitol riot.

Federal investigators said Matthew Wood, of Reidsville, contacted the FBI on Jan. 25, identifying himself as one of the suspects depicted on the FBI's list of suspects.

He was interviewed at his home the following day. Investigators said Wood admitted he entered the Capitol through a broken window and walked into House Speaker Nancy Pelosi’s conference room. He also claimed he didn’t intend to march on the Capitol building or disrupt the Electoral College process. He said he was pushed toward the window by the crowd and entered the Capitol in order not to be trampled.

Investigators said Wood claimed he was in Speaker Pelosi's conference room for 2 minutes and in the Capitol for 45 minutes. He also admitted to publishing Facebook posts about his participation but deleted the posts and deactivated his account before his interview with the FBI, according to investigators.

The FBI said they recovered a video that confirms Wood was in the Capitol. Investigators said it revealed he willingly climbed through the window with a Trump flag. They also said Wood was among the first group of people to breach the Senate Wing Door.

Investigators said while Wood was in the conference room, the video reveals he was waving and encouraging others to "engage and confront law enforcement as they attempted to push rioters back and clear the Rotunda.”

They also said he posted photos from inside the Capitol saying, "This is the PEOPLES house. We sent those politicians running. We sent a resounding message to Washington. We the PEOPLE will fight for our country. Make no mistake, the Capitol Police were not our target, they stood between us and the ones we wanted. America has fallen into ruins of division. When diplomacy doesn't work and your message has gone undelivered, it shouldn't surprise you when we revolt."

Wood is charged with the following:

Wood is the third Piedmont-area person to be charged in the Capitol riot.