Both women and man were charged with first-degree murder. Police haven't released the identity of one of the women since she was a juvenile at the time of the murder 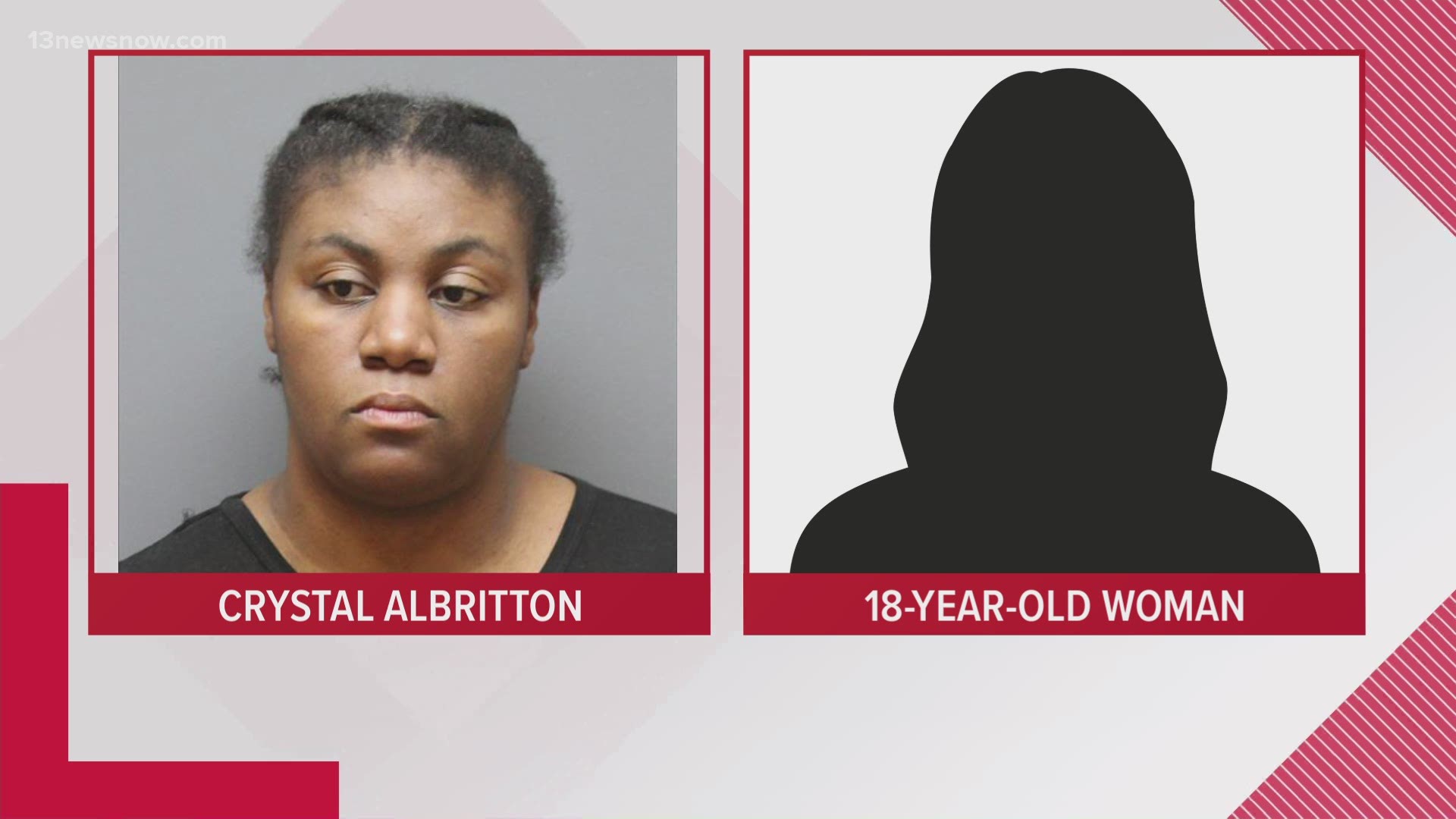 NEWPORT NEWS, Va. — Police have charged with the murder of a Norfolk teenager who went missing and was found dead in September.

Asia Cowell, 17, went missing out of Norfolk on Sept. 7. Her body was found in a woodline off Warwick Boulevard in Newport News on Sept. 23.

Police launched a homicide investigation and worked over the last few months to track down who was responsible for Asia's death. They arrested one woman on Wednesday and secured warrants against another. A man was also arrested on Thursday in connection with the case.

Devin Aris Albritton, 38, is charged with:

Crystal Ashley Rudy Albritton, 30, was arrested at Newport News Police Headquarters on Wednesday, Dec. 2. She was charged with:

Credit: Newport News Police Department
Crystal Albritton, 30, was charged with first-degree murder and abduction in connection to the disappearance and death of 17-year-old Asia Cowell.

Authorities have also secured petitions against an 18-year-old woman who faces the same charges as Albritton, except for criminal solicitation. Police aren't releasing her identity since she was a minor at the time of Cowell's disappearance and death.

Cowell's family released a statement thanking the police for their work in this investigation as well as the greater Hampton Roads community:

“We are very pleased and overjoyed to hear the news regarding the arrest of several suspects in our dear Asia Cowell’s case. We would like to thank the diligent and hard-working law enforcement officials of the Newport News Police Department and the Norfolk Police Department. We would also like to thank the Hampton Roads community and beyond for all the prayers and outpouring of support we have received over the past several months. All of you are very much appreciated.”

“I am proud of the work our detectives have done to bring some closure to Ms. Cowell’s family. They have worked tirelessly alongside Norfolk Police detectives to exhaust all leads and find those responsible. Thank you to Chief Boone with Norfolk Police and our partners at the Commonwealth’s Attorney’s Office for their assistance in this investigation,” stated Newport News Police Chief Steve Drew.

“I am thankful for the unwavering determination for justice that the women and men of NNPD and NPD have devoted to this case,” said Norfolk Police Chief Larry D. Boone. “Asia’s murder struck me emotionally. As a father, I couldn’t imagine the pain the Cowell Family has gone through these past few months. I hope that these arrests will help start the healing process in the midst of their suffering and that the family knows we will continue to support them.”