The building honors J. Marion Sims, an American physician known as the "father of modern gynecology" who performed experiments on slaves. 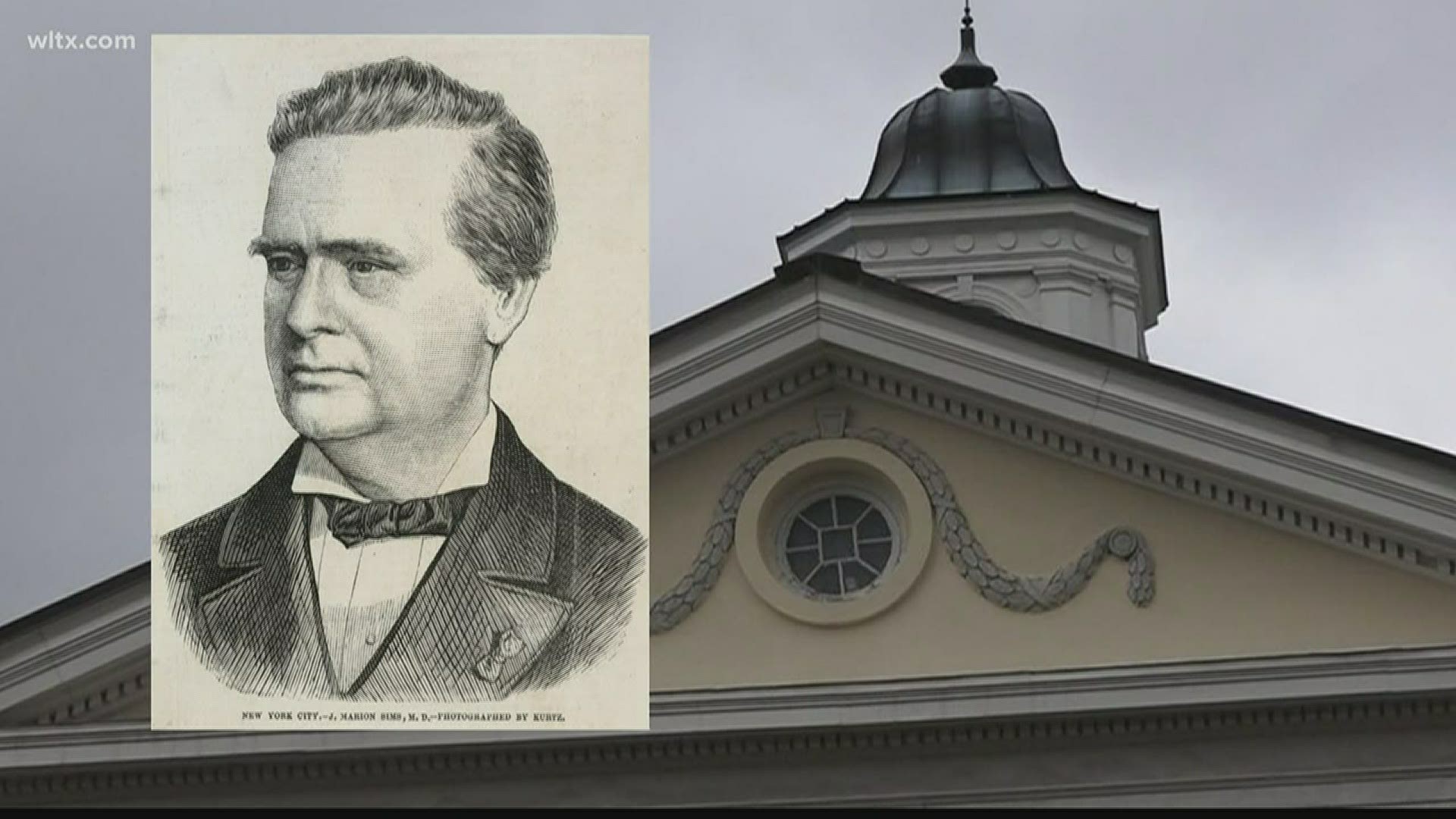 COLUMBIA, S.C. — The USC Board of Trustees approved a resolution Friday that would ask state lawmakers to remove a name off a women's residence hall.

The building honors J. Marion Sims, an American physician known as the "father of modern gynecology" who performed experiments on slaves.

Trustees are looking to the General Assembly to make the change, citing the Heritage Act, which says public monuments and buildings can only be removed or renamed with a two-thirds approval in the House and Senate.

But, as one lawmaker told News 19, removing the name from the residence hall can legally happen right now.

"I don't remember ever seeing a greater act of cowardice by a bunch of school trustees," said State Representative Todd Rutherford. "If they read the law, it's 10-1-165 if anybody has any questions, there is no provision in there for them to ask us to do anything. I told them earlier this week that all they could do under the law is remove Sims's name from the building. That is within the Heritage Act. They don't need to ask us. All they need to do is read."

Rutherford says the law makes a distinction between monuments and structures.

Renaming the Sims building must go through the General Assembly because of the Heritage Act.

"I think when it was enacted, it was before my time in the legislature and it was also at a time when it was compromised in order to get the Confederate Flag off the dome," said Bernstein. "I do feel strongly that we do need to look at the Heritage Act to see what changes and amendments we can make to it."

But handling these matters, he believes, would be best at the local level.

"I think what they're doing, as well as the Board of Trustees here at Clemson, [they're] taking a much needed-stand," said Clary. "I believe that these issues that are going to be brought to the General Assembly, that they could be better made by the Boards of Trustees, by the cities and counties where a lot of these requests are going to be originating, rather than the General Assembly to handle this."

Lawmakers return to the State House next week to deal with nearly $3 billion for the CARES Act.

State Representative Micah Caskey says renaming the Sims building will most likely be addressed in 2021 since the legislature has formally adjourned for the year.

Due to the pandemic, the South Carolina General Assembly has only met three times since March 11.

"We just had thousands of people in South Carolina diagnosed, thousands more diagnosed with COVID-19, and I think symbols matter, but keeping people alive today and now is more important," said Caskey. "Right now, as I understand the rules, we may not be in position to take those up [for renaming] even if we wanted to."

Wednesday, State Senate President Harvey Peeler said on Twitter state leaders are busy dealing with the fallout from the coronavirus and with current social unrest.

He tweeted, "Changing the name of a stack of bricks and mortar is at the bottom of my to-do list."

"That's why this act of cowardice is even worse because they know nobody can answer this for another year while they continue to pay honor and homage to someone who operated on slaves without the benefit of anesthesia," said Rutherford.

The USC Board of Trustees did not take up any other recommendations to rename buildings, including the Strom Thurmond Wellness Center.

This week, a group of prominent former USC athletes, including Marcus Lattimore, A'ja Wilson, and Jadeveon Clowney, said they'd like to see Thurmond's name removed from the building.