School districts across the country, including in the Piedmont Triad, are struggling with recruiting and retaining bus drivers. 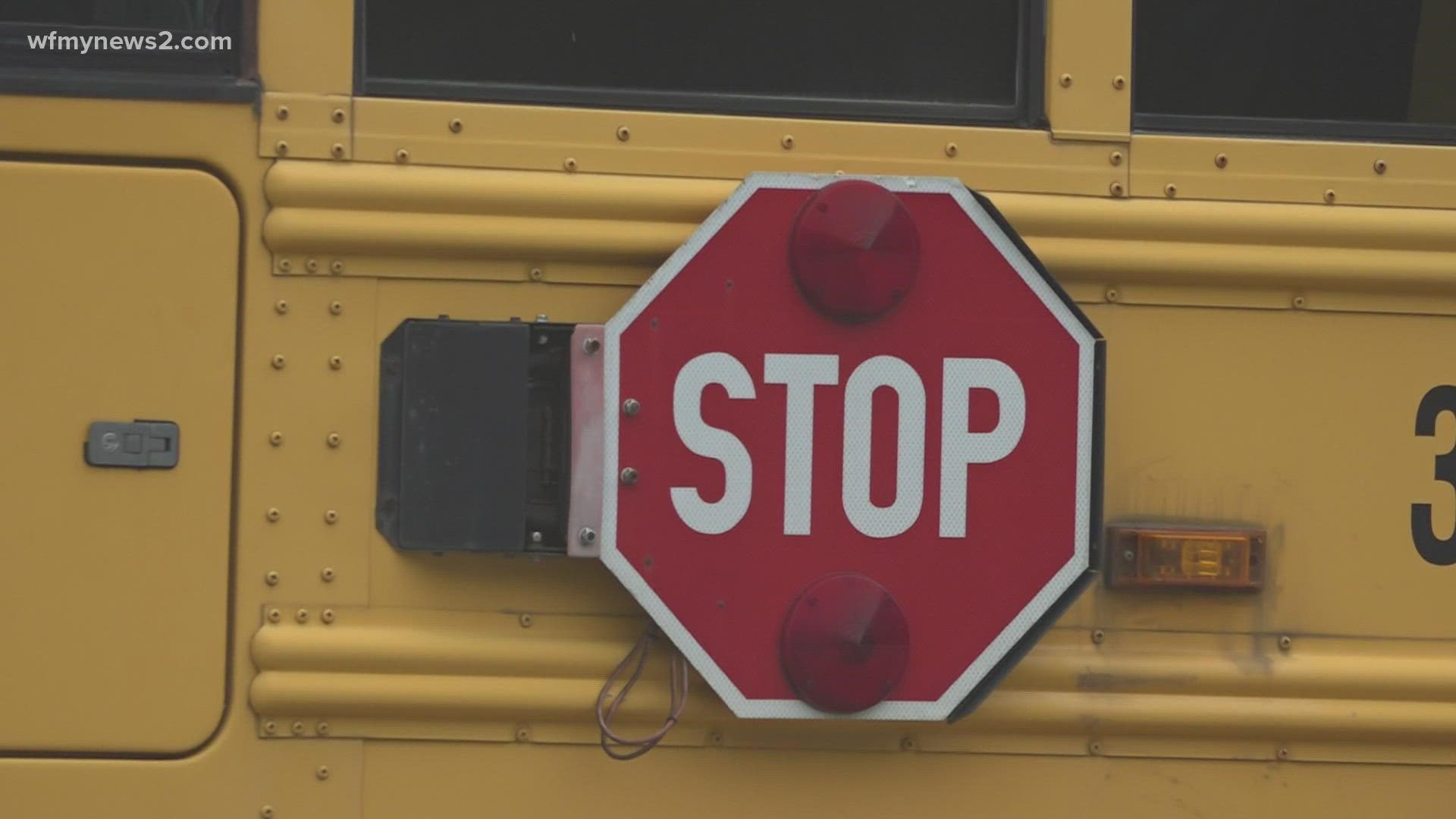 GREENSBORO, N.C. — School districts across the country, including in the Piedmont Triad, are facing a shortage of bus drivers, forcing school officials to come up with new ways to attract and retain drivers.

In Winston-Salem/Forsyth County Schools, there are 87 open positions, up from 66 in September. WS/FCS is offering a $1000 retention bonus in October for returning drivers. They also raised the minimum pay to between $15 and $21, depending on seniority. School district officials say they are talking with drivers about what they want to see, including an extra $20 for each additional run they pick up, with a maximum of $200 per week.

During a meeting Tuesday, district officials invited the board of education to get a first-hand view of the job.

"Let me know if you'd like to ride a bus one day," said Lauren Richards, Chief Operations Officer with WS/FCS. "We think it would be great for you to potentially get on the bus, join the driver at 4:30, 5 o'clock in the morning and watch the pre-check and the boarding of the bus and what that process looks like and the post check at the end to really get a feel for what their day looks like. I know that they would really appreciate that and I think it would be really rewarding for you as well."

In the Alamance-Burlington School System, there are 30 to 35 vacant buses (out of 150) in a given day due to shortages. School officials say they are having drivers double up on routes and are also having other staff members with CDLs (like teachers, coaches, custodians) driving routes on a regular basis.