The moment you hear you're expecting a child -- is priceless. But not every couple gets to experience this joy. And for a small few, that joy quickly turns to sadness when there's a miscarriage. 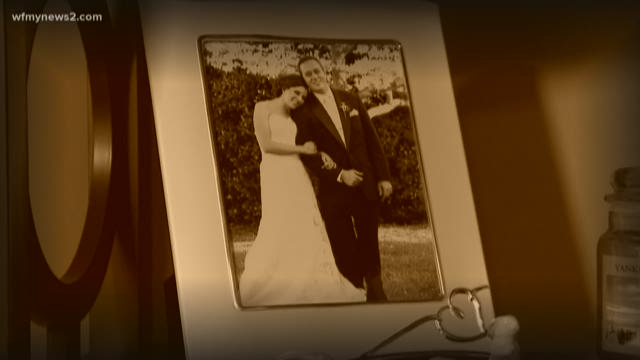 GREENSBORO, N.C.. -- It's an exciting time for every growing family. That moment you hear you're expecting a child is priceless. But not every couple gets to experience this joy and for a small few, that joy quickly turns to sadness when there's a miscarriage.

It's a hard topic to talk about and many couples rarely open up about their loss. But a Greensboro family wants couples to know, you're not alone.

Marianne Hungate says her miscarriages and fertility issues made her feel like a failure.

"It was hard when you're trying and failing and many others are getting pregnant and having babies," said Hungate. "It's sad, frustrating, feeling like your body is failing you."

Back to back miscarriages and defeated attempts to get pregnant, Hungate says it was a nightmare.

The Hungates took their fertility questions to an expert. Through IVF or In Vitro Fertilization, they received four frozen embryos.

And just like that, they were down to their last show.

"It was our last embryo; our last chance. And we hadn't had any luck the natural way," described Eric.

They knew they could miscarry again, but they took the risk. It was worth it. Their fourth try worked!

"It's really exciting! I'm still nervous just because of the previous history. So, it's nice every time I get to the doctor and get that confirmation that everything is still okay," described Marianne.

The Hungates are in their second trimester. Their 3-year-old son Nolan will be a big brother in April.

"We have been extremely lucky with our first, he's such a good kid. And this second one, he's extra special."

The Hungates want other couples trying to have a baby and others who have experienced loss to know, it's not easy.

"I see it in the movies," said Eric. "But it doesn't always happen like that. And I think it's a surprise for a lot of couples and it certainly was for us."

Fertility and miscarriage can be a sensitive topic and knowing what to say to someone going through it is just as important. Eric and Marianne put together a list of do's and don'ts when you know someone who is struggling to get pregnant or has lost a baby.

DO
- Offer support and let them know you are there for them.
- Offer to help in a specific way, such as "can I bring you a meal?"
- Be sensitive when announcing a pregnancy. Understand that it may be difficult to process.

DON'T
- Although it may be hard to know what to say, don't ignore what has happened. This can be hurtful to the person who his struggling.
- Be too general, as in "let me know if there's anything I can do". The person may be too emotional to think of something, or not feel comfortable asking for anything specific.

You can also find support groups at Women's Hospital. We've linked you to their page, here.