'There Is Hope!' More Women Are Surviving Breast Cancer Thanks To Improved Treatment and Screening

More women are surviving breast cancer as screening and treatment improve. In this week's 2 Your Well-Being; the options bringing hope to breast cancer survivors 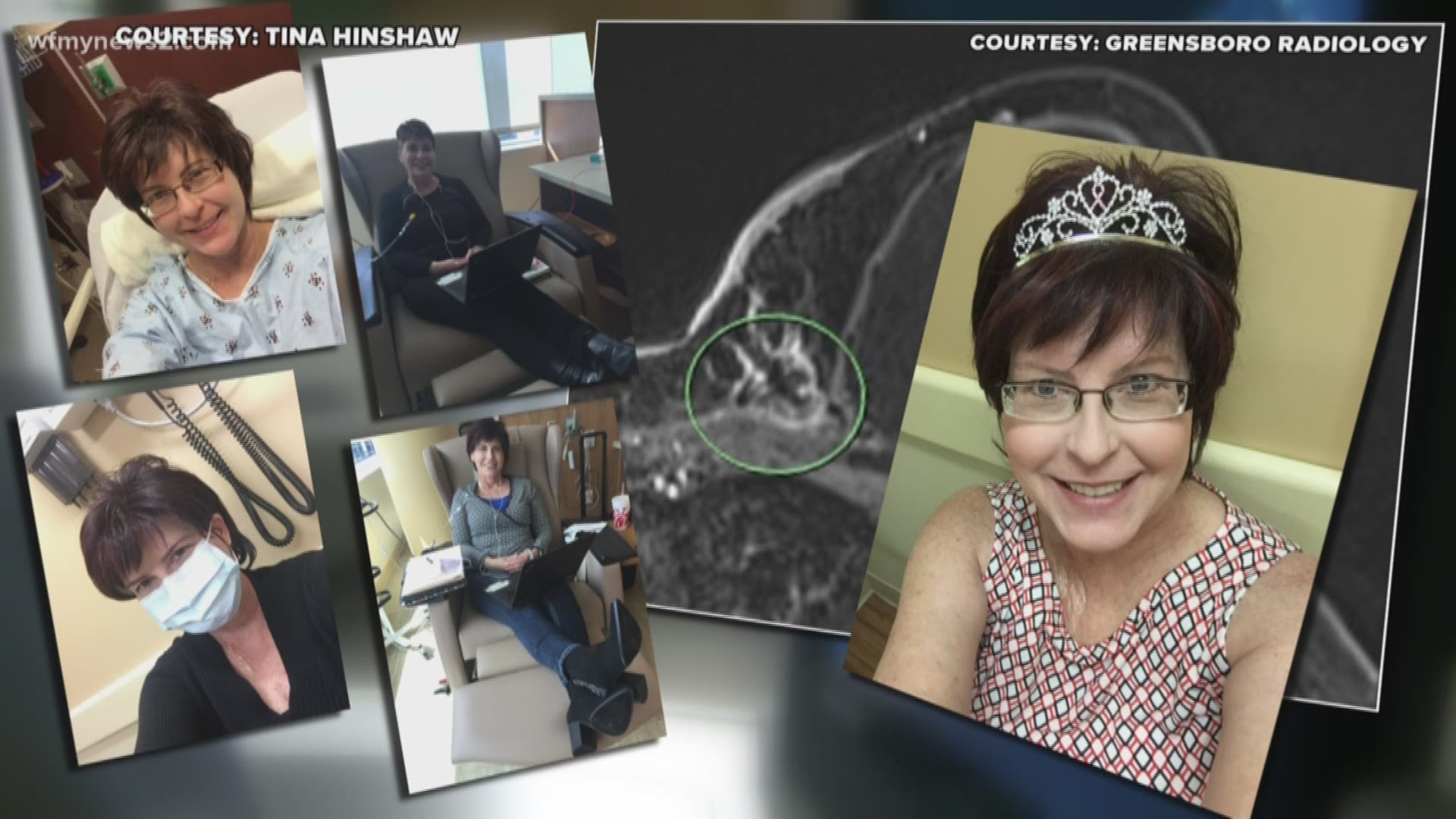 BURLINGTON, N.C. — There's some really good news about one of the most common cancers among women. First, more women are surviving breast cancer as screening and treatment improve and on top of that, there are new ways to treat it without chemotherapy and radiation.

In this week's 2 Your Well-Being segment with Cone Health, WFMY News 2's Tracey McCain breaks down the new science and increased hope for a cure. Tina Hinshaw heard the words no cancer survivor wants to hear for the second time in April.

"I'm really sorry, but I think you have cancer," Hinshaw remembered the words as though it happened yesterday.

Hinshaw's breast cancer was back. Her second battle was about to begin, just two and a half years after beating it the first time.

"I'm going through it right now.  I just completed chemotherapy and have had a revised mastectomy on the left side," she explained.

Hinshaw caught it early, discovering the initial lump during a routine self-exam in 2016.

"Even though I only had cancer in one of my breasts, I went ahead and elected to have both of my breasts removed and then had implants put in."

The chances of a recurrence after a bi-lateral mastectomy are slim; less than  5%; so when she discovered the second lump during a self-exam, it was an even bigger shock.

"I know all of the statistics, I know what breast cancer looks like and it almost fooled me," said Hinshaw.

She knows the statistics because she is usually on the other side of health care.

Hinshaw is determined to beat it again.

"It's curable, it's treatable and it's okay," said Hinshaw.  "There are some really dark days, but not as dark as I thought they would be."

"It seems like every day we're coming out with new regiments or new drugs from pharmaceutical companies that really help advance cancer and advance the treatment of cancer," said Dr. Timonthy Finnegan.

Finnegan is a medical oncologist at the Alamance Regional Cancer Center in Burlington.  He says one of the most common forms of treatment can be avoided if the cancer is caught early enough.

"Sometimes we can avoid chemotherapy.  I like to tell my patients, I give chemotherapy for a living, but I do everything I can not to give it," he said.

Dr. Finnegan says advances in screening and treatment for breast cancer have improved survival rates dramatically since 1989.  According to the American Cancer Society, the chance of a woman dying from breast cancer is around 1 in 38 or 2.6%.  That's down 40% in the last three decades.

"The majority of cancers we treat here, we treat them, they go away and they're gone forever," said Finnegan.  "However, the percentage of them coming back is not zero so we have to pay attention to catch those few that unfortunately have occurrences."

Dr. Finnegan reminds women over 40 to get screened.

"My number one, two and three recommendation is to make sure they get a yearly mammogram."

Hinshaw says she's thankful to be a living example!

"There's hope!  There's so much hope and the earlier you can detect it, the better," she said.

Check out our YouTube playlist of 2 Your Well-Being/Cone Health stories.