A day before he died Joyce Lewis talked with her son. The 31-year-old appeared in good health. It took four months before she got answers. 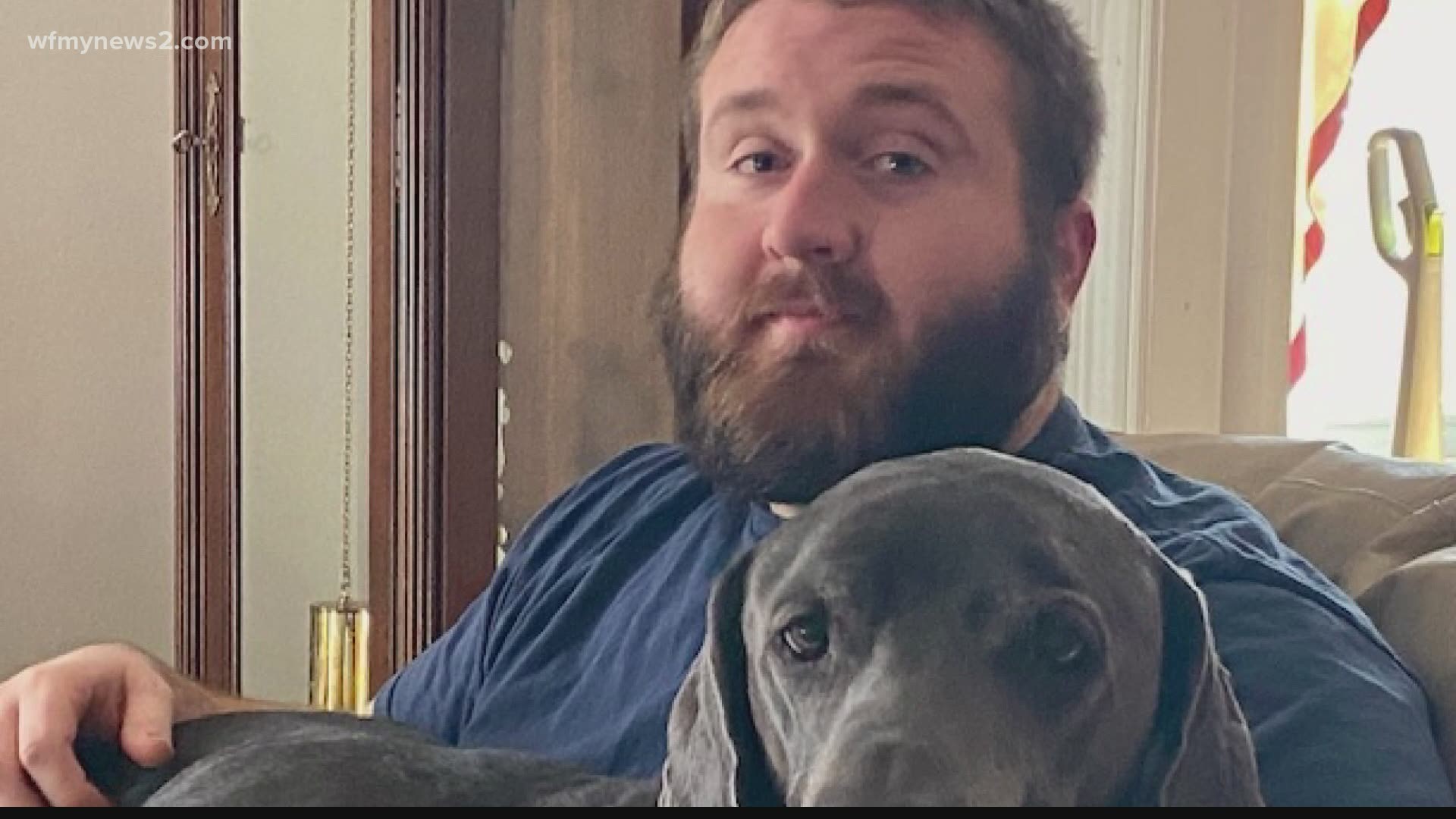 ASHEBORO, N.C. — Luke Lewis was born on June 17, 1988. It was a day his mom cherishes and yet there were moments she was terrified.

“He did not breath for the first five minutes,” Joyce Lewis said.

The youngest of two boys, Luke Lewis had to fight from the moment he came into this world. He battled severe ADHD as a child.

“His whole life, I prayed that God would help him find something he was good at because he was not going to be that 'sit in the office do paperwork person,'” Joyce Lewis said.

Luke Lewis would grow up and find that passion his mom prayed for all those years. A wizard with his hands, he put it to use repairing furniture. He would eventually start his own repair business with his brother.

“I think each person in a family has a role and I think his role was the heart and soul of our family,” Joyce Lewis said.

A big man with a bigger heart and the patience of a pastor, Luke Lewis was kind and gentle. He and his mom would often talk on the phone. Mom remembered a call earlier this year.

“I was so grateful for that conversation. He told me how much he loved his brother and his family and how grateful he was for his life,” Joyce Lewis said.

The next day her son passed away at his home. He was just 31 years old.

“I miss him every day,” Joyce Lewis said.

There was a funeral a couple of weeks later, but mom wanted answers. Why did he die? How did it happen?

An autopsy was done at the State Medical Examiner’s Office in Raleigh. Joyce Lewis waited for answers that seemed to never come. Days, then weeks, and even months would pass without any answers.

“It was very difficult not to have closure. You must experience it to understand,” Joyce Lewis said.

After contacting WFMY News 2 for help, we contacted a representative at the North Carolina Department of Health and Human Services. The next week she emailed the autopsy results. Luke Lewis died from an enlarged heart. It took four months before Joyce Lewis knew why her son died.

“I feel like my state let me down. There is no excuse for that,” Joyce Lewis said.

While the autopsy results were a start, Joyce Lewis still did not have a copy of the death certificate. The certificate was needed to file the life insurance policy she took out on her son when he was a baby.

“To me this is criminal. I just didn’t expect my state to fail me like this,” Lewis said.

When we reached out to DHHS to understand why it took so long for the autopsy results and why a death certificate was still not available, they told us they did not have a backlog of cases and that this is a typical time frame for an autopsy result.

They acknowledged COVID-19 has impacted workflow, but that any delays were minimal. Sending an email that reiterated that point.

“We are able to perform our mission, but in times of pandemic, our responsiveness can take longer,” a spokesperson said.

It took almost two more months but eventually, the death certificate arrived, and Joyce Lewis sent it to the insurance company. The delay was more frustrating than problematic. She did not need the money for a funeral or other expenses, but fears some families may, and that six months is too long to wait.

“I just hope this sheds a light on the issue,” she said.

Nine months have passed since her son died and every morning, he is the first person Joyce Lewis thinks of as she starts her day. Time has in some ways healed but the scars are deep. Some days are better than others but every day is an opportunity to also remember the amazing and wonderful person Luke Lewis became.