More NC counties move into critical, substantial COVID-19 spread zones, but there is 'some progress'

NCDHHS Sec. Mandy Cohen reports 99% of counties are in red or orange zones on the county alert map, but cases and percent positive are stabilizing. 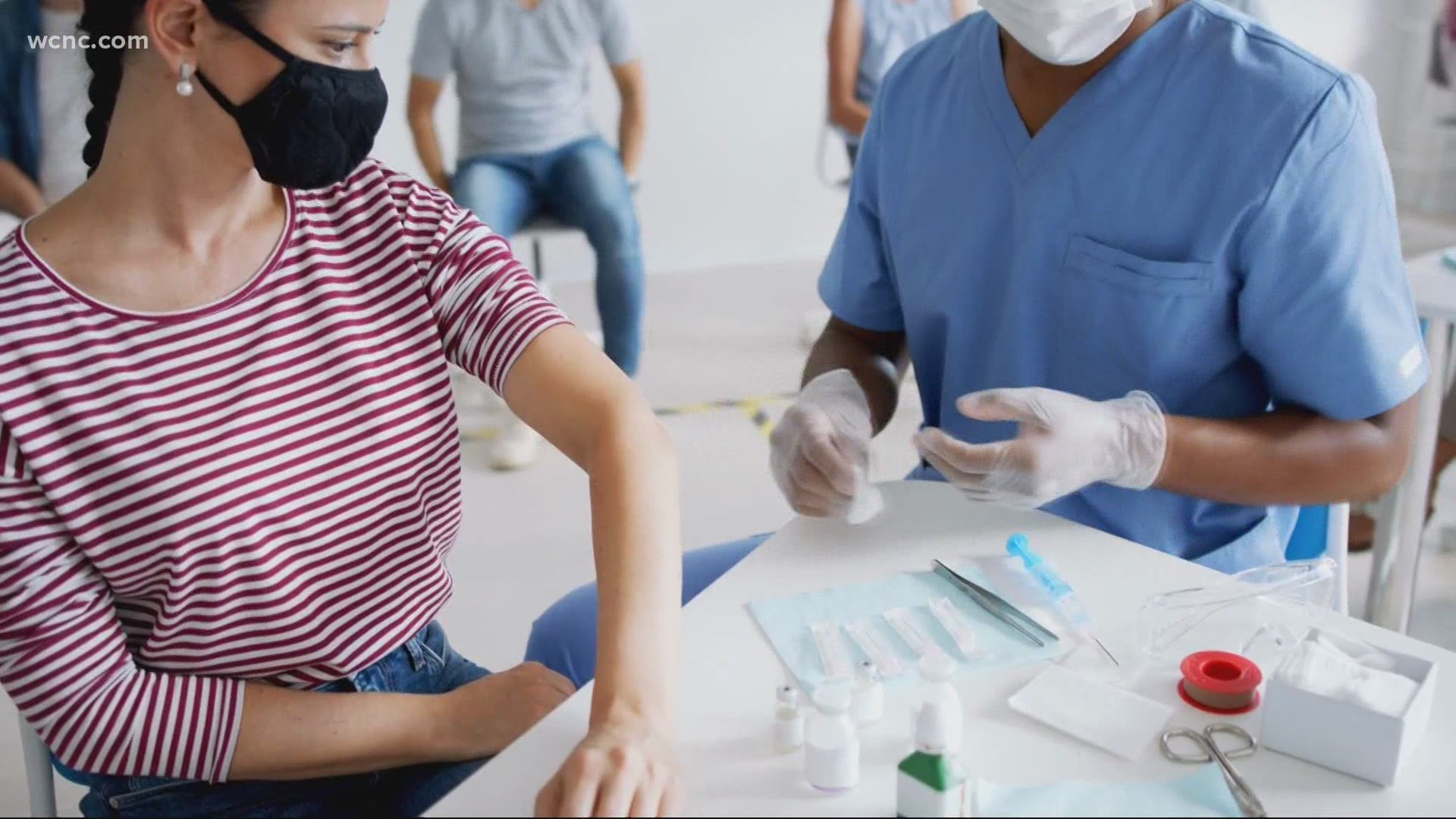 CHARLOTTE, N.C. — The latest North Carolina county alert report shows viral spread grew in more counties, but there are some signs that the COVID-19 metrics are improving.

Dr. Mandy Cohen, secretary of North Carolina's Department of Health and Human Services, announced the development Thursday. She also updated the state's response to the virus and its plans to ramp up vaccinations.

NCDHHS just released the new county alert map. In the #CLT region, looks like the only change was #Burke County, which moved from the orange to the red zone. @wcnc pic.twitter.com/uhSnoYc2Kn

However, Cohen also stated that daily cases and percent positive are starting to flatten statewide.

"We are seeing some progress in our key metrics. They remain much higher than we want to see, but they are stabilizing at the moment," said Cohen.

North Carolina reported 7,187 new cases Thursday afternoon. According to DHHS data, there are 3,666 people hospitalized statewide with 8,339 deaths linked to the virus.

Thursday's report is the latest in a string of encouraging signs that North Carolina's metrics are going down. Daily case levels and positivity rates continue to level off, with the percentage of positive tests dropping to 12.2% over the past two weeks.

Health experts say they're optimistic about these numbers that indicate the state is starting to get past its holiday season spike, but want to see more data before getting too excited.

Cohen also announced that the state Department of Transportation will provide funding for North Carolinians needing assistance in getting rides to their vaccinations.

The state is allocating $2.5 million in coronavirus relief funding to local transit agencies to foot the bill for rides.

MORE on free rides to COVID vaccinations: NCDHHS says people who need transportation assistance to a COVID-19 vaccine should reach out to their local transit agency. Find your agency here: https://t.co/jS7EWaQ1KZ @wcnc

RELATED: VERIFY: Will smokers in the Carolinas have access to COVID-19 vaccines ahead of the general public?

Several counties in the Charlotte area began scheduling appointments for adults 65 and older, including Mecklenburg. Those appointment slots, which are scheduled for next month, quickly filled up. According to WCNC Charlotte's Chloe Leshner, all available appointments were booked by noon Thursday.

Mecklenburg County Health Director Gibbie Harris said this week that any person who receives the first dose of the vaccine will have access to a second dose for maximum effectiveness. Harris said about 80,000 people are eligible for the next round of vaccinations.