The medical director in the emergency department at Brenner Children's Hospital said they've seen more teens come to the ER for mental health each year since 2014. 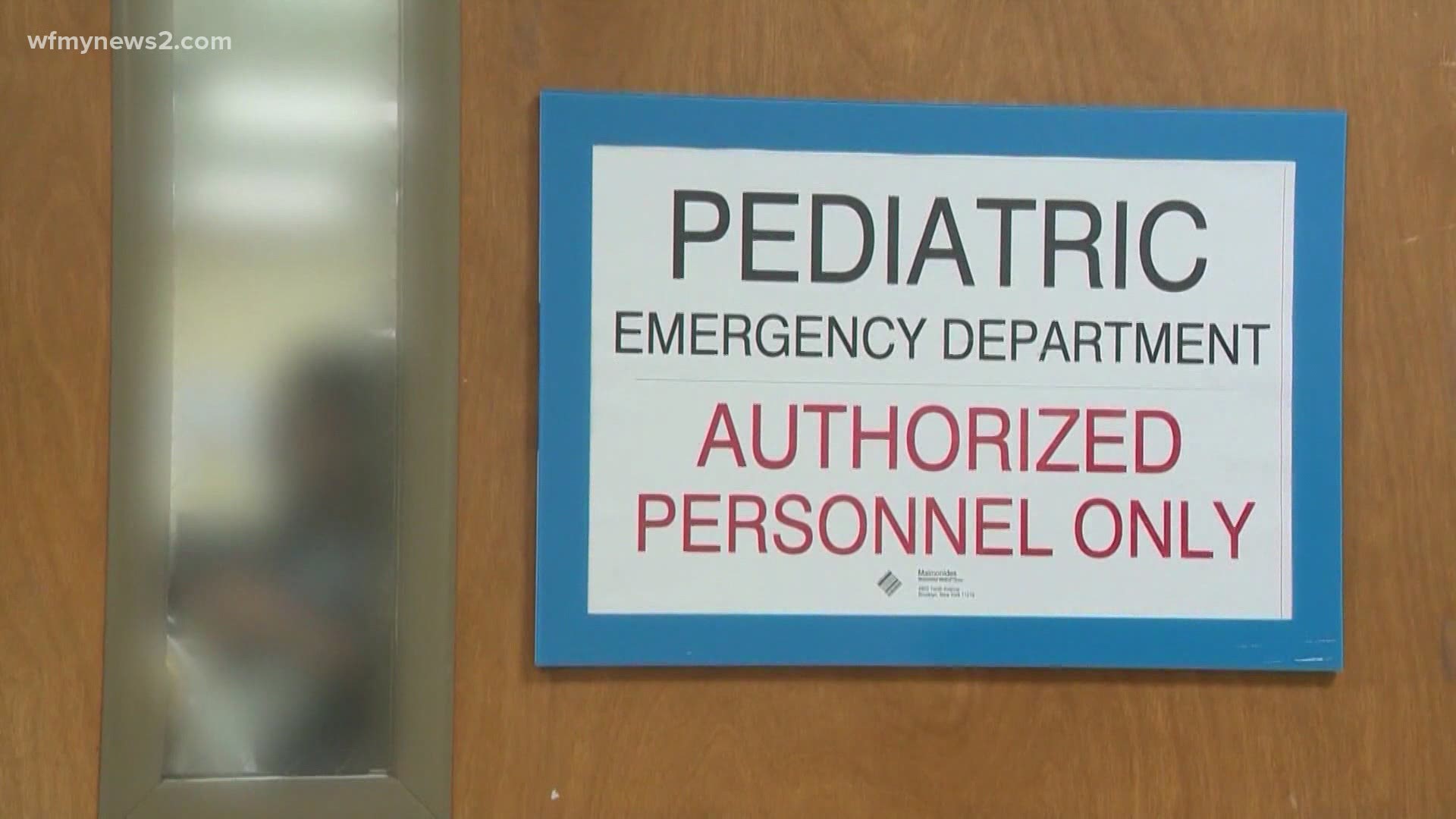 WINSTON-SALEM, N.C. — A CDC study found an increase in teenagers visiting emergency rooms for suicide attempts since the start of the pandemic, a troubling trend a Triad hospital has seen even before last year.

The CDC study found that the increase in emergency room visits among teens ages 12 to 17 was up 31% compared to 2019. Since February 2020, suspected suicide attempt ED visits were 50.6% higher among girls than the same time period the year prior.

It's a trend that Dr. Mitchell said overall, they've seen an increase in, not since the start of the pandemic, but over the last several years.

RELATED: Adjusting to a New Normal: 2 Your Well-Being

"From 2014 even to 2020 it was a pretty large percentage increase year by year that has sort of become unsustainable," he said, "Adolescents are in crisis, they need our help, and whatever avenue we can help them. Because whenever a child or adolescent lands in the emergency room for a behavioral health concern, it's really a crisis state at that point."

"These kids are digitals natives and they've never known a world before social networking and social media, and it's hard to navigate that when you're a 13-year-old, 14-year-old kid," said Dr. Mitchell.

Psychotherapist Dr. Nannette Funderburk said there are signs to look out for in your child to help you spot when they might be struggling mentally.

"If you see a child who was happy go lucky and now they're a little bit more withdrawn or now they're easily irritable or they're just tired all the time now or just something that is different. Those are the things you want to pay attention to," she said.

Dr. Funderburk said if your child comes to you to vent about their troubles, listen and encourage them.

If you or someone you know is struggling, call the national suicide prevention lifeline at 800-273-8255.

Dr. Funderburk said there are resources online like psychologytoday.com and cliniciansofcolor.org for families.