This type of cancer usually affects 5 in 1,000,000 people every year. However, in the Huntersville area, nearly 20 cases of ocular melanoma have been reported since 2014. 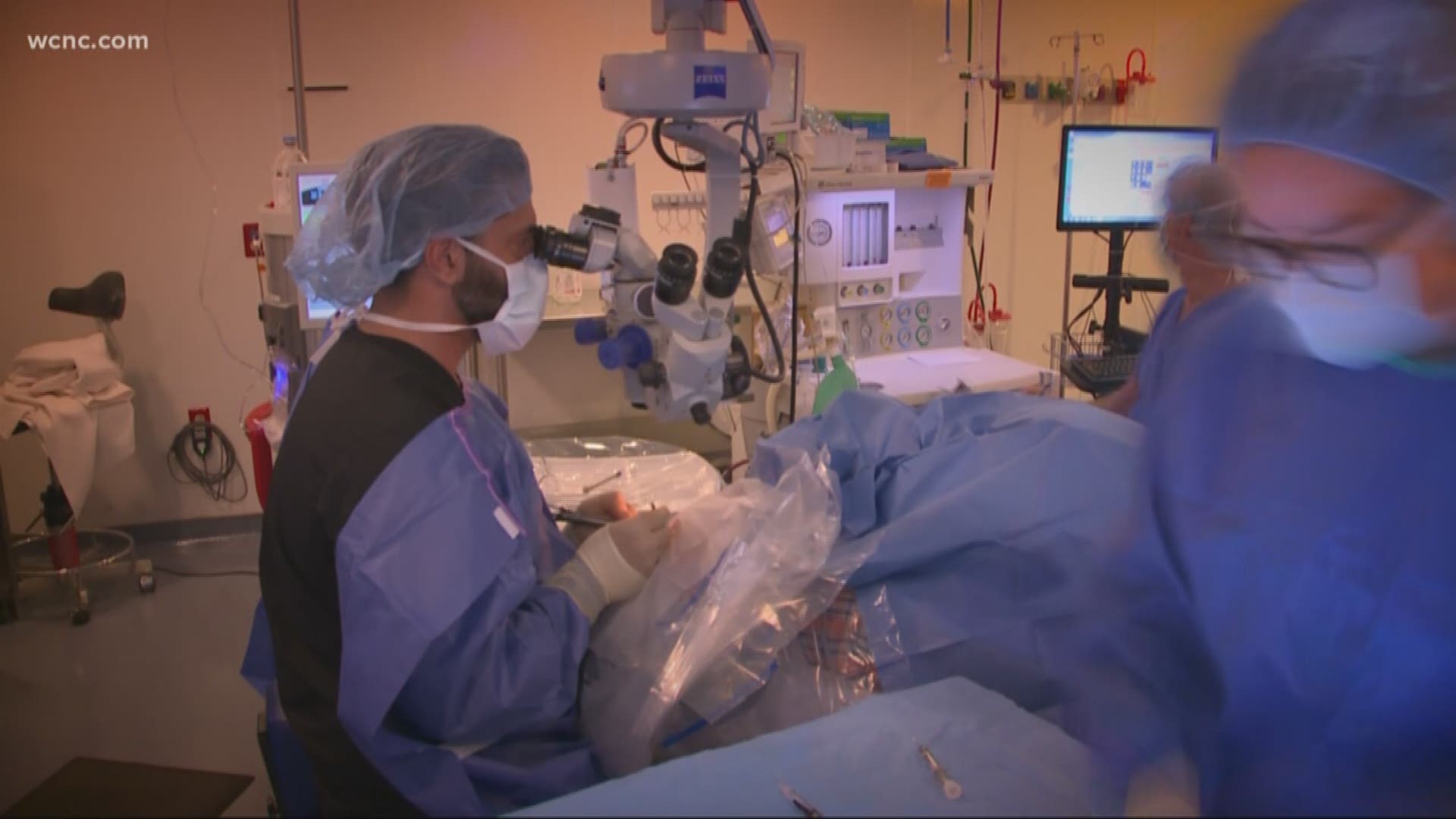 HUNTERSVILLE, N.C. -- A rare form of eye cancer that is disproportionately affecting women in Huntersville remains a mystery to doctors.

Nearly 20 people in Huntersville have been diagnosed with ocular melanoma since 2014.

The thing is, this type of cancer usually affects just five in 1,000,000 people every year. And doctors have just uncovered something else that is very odd.

“I don’t know if there’s another area in the country that has this type of issue,” Huntersville Mayor John Aneralla told NBC Charlotte last summer.

However, new research suggests the town of Huntersville may not be the only home of the mysterious cluster of ocular melanoma.

According to Healthline, a health information site, medical professionals have found a high number of cases in Auburn, Ala.; 33 to be exact.

In Huntersville, at least 18 cases have been reported in the last four years.

Last fall, Jessica Boesmiller, a mother of four, was diagnosed with ocular melanoma. Doctors had to remove her eye.

And 28-year-old Kenan Cole died after she was diagnosed with the condition in 2009.

“It makes me wonder where it’s coming from. And I wish they would kind of do some more investigating to get to the bottom of it,” one woman said.

The town of Huntersville received a $100,000 grant to fund research. So far, studies have only shown it doesn’t seem to be genetic.

However, doctors have found one commonality among patients. In Huntersville, all 18 have lived, worked or spent significant periods of time in the town since 2000. In Auburn, all 33 have lived or worked in the town between the 1980 and the early 1990s.

But residents who attended a meeting on this issue back in February are anxious to learn much more.

“Nobody can really tell us what’s going on,” said one woman at the February meeting.

Research efforts are underway by specialists from Duke and Columbia University.