The Cashatts' chances of naturally having a child without Cystic Fibrosis were low, but thanks to IVF and pre-genetic testing their baby Ollie is happy and healthy.
Author: Taheshah Moise
Published: 3:29 PM EST February 13, 2020
Updated: 11:35 AM EST February 14, 2020

WINSTON-SALEM, N.C. — Rachel and Zack Cashatt's journey to parenthood started about 4 years ago.

They both wanted to have kids but knew getting there would be difficult.

"Cystic fibrosis is a genetic lung disease I've had it since birth," Zack Cashatt said.

The disease makes it nearly impossible to have children naturally. Not to mention living with it means multiple surgeries, higher risk for infections, and daily treatments.

Dr. Jeffrey Deaton, director of the Center for Fertility, Endocrine and Menopause at Wake Forest Baptist Health says the Cashatt's situation was unique.

"The stakes were so high kind of every step of the way," Dr. Deaton said.

The only way they were going to have a biological child was if they did in vitro fertilization (IVF) which is costly.

There was no guarantee IVF would work. It's something Dr. Deaton says he tried to convey tactfully.

"I believe that hope is what drives us. I believe hope gets us out of bed, but I do have to be honest," Dr. Deaton said.

The odds were so stacked against us, but we just kept pushing and kept pushing," she said. "Keeping that end goal in mind really helped drive us."

To keep their child from being born with cystic fibrosis, they asked Dr. Deaton to do preimplantation genetic testing or PGT.

It's a process of testing embryo's before they're placed into a woman's body.

PGT has two forms. It can be used to test the number of chromosomes a baby has.

"If they don't have 46 chromosomes we really don't use them because they lead to miscarriages or just not working," Dr. Deaton said.

It can also look for specific gene defects, like cystic fibrosis (CF). The Cashatt's did both forms.

An embryo could either have two CF genes meaning the baby would have cystic fibrosis like Zack, or one CF gene making the baby a CF carrier like Rachel.

Out of four, only one embryo had one CF gene.

"So if you think about a coin flip for each one we just ended up having three tails and one had one good to go and that was our Oliver," Rachel Cashatt said.

Dr. Deaton says PGT is more widely used today than in years past.

"Three years ago back in 2017 which doesn’t seem that long ago virtually nobody was using pre-genetic testing," Dr. Deaton explained.

He said the tests a few years ago weren't as reliable as they are now.

"So we’ve seen this change almost overnight of the whole field around the country. Virtually nowadays all IVF couples do genetic testing." Dr. Deaton said.

Baby Ollie is a carrier of the cystic fibrosis gene, but will never develop the disease. This means if he has children one day he could pass the CF gene to his kids.

Ollie was born March 31, 2019, a few weeks premature but only needed to spend eight days in the NICU.

Ollie will lead an otherwise normal life, a welcome relief for his parents who say they are just happy he's here despite the long journey.

"He came out bigger than we thought but he's healthy and that's the biggest thing," Zack Cashatt said.

PHOTOS | Baby Olie and his parents 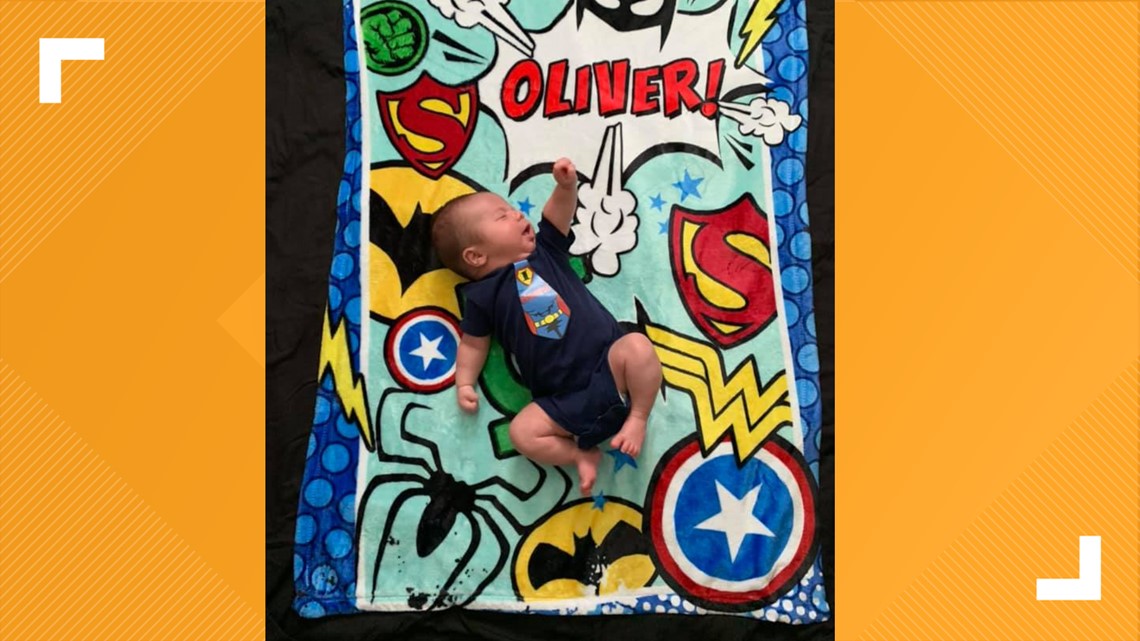 RELATED: You're trusting this health app with your personal info and the app is telling all!

RELATED: She gave birth to 3 of her own grandchildren so her daughter could be a mom