Jack Morningstar said he did have symptoms for a few hours after the injections, but the shot was much better than the alternative of getting the coronavirus. 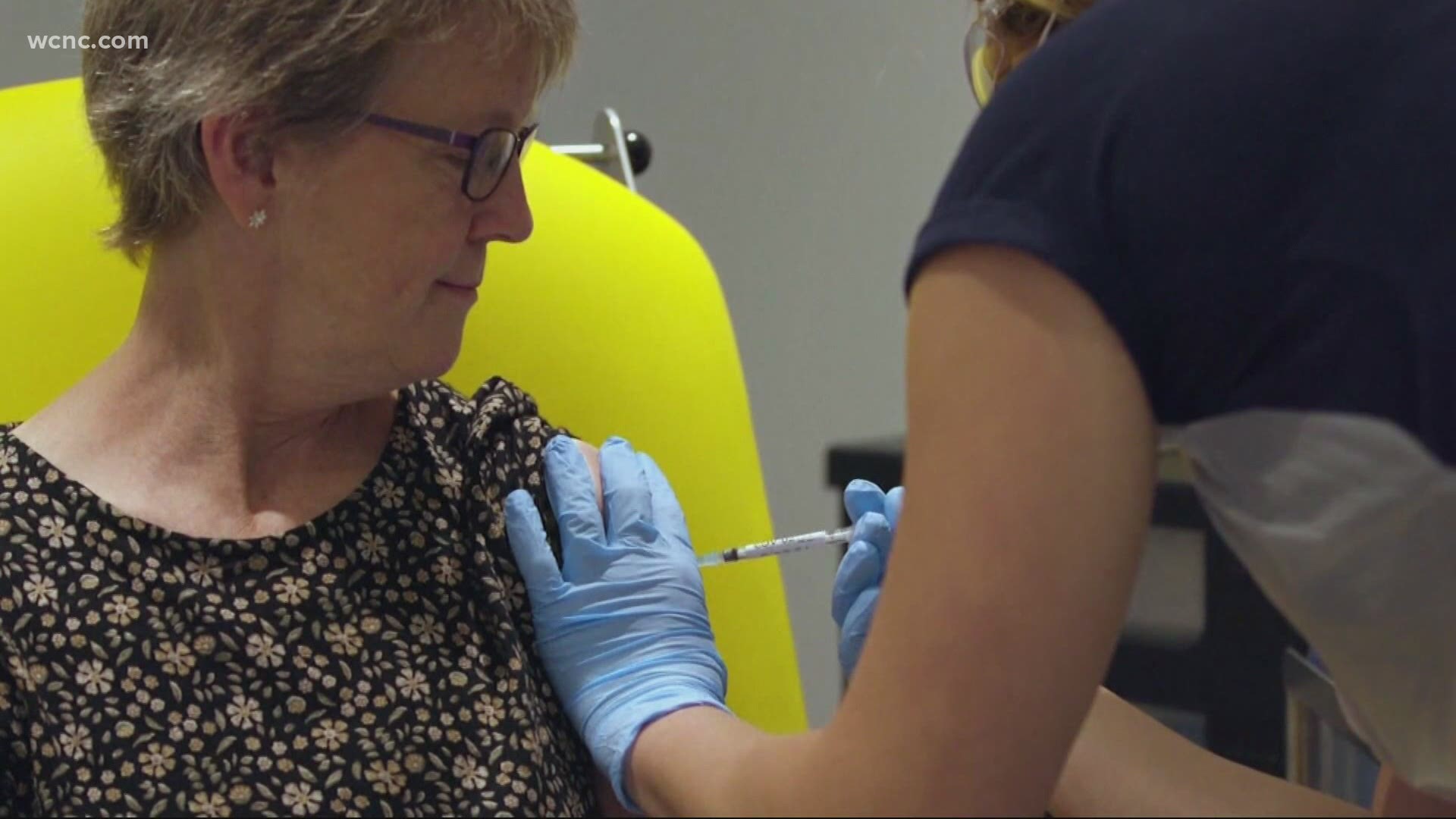 CHAPEL HILL, N.C. — A University of North Carolina at Chapel Hill student who was part of a coronavirus vaccine trial is urging people to get vaccinated once the COVID-19 vaccine becomes widely available.

Jack Morningstar is the student who participates in the Moderna trial at UNC Chapel Hill. Moderna said their vaccine is about 95% effective and no significant safety concerns were reported. The drugmaker said they plan to apply for Emergency Use Authorization in the coming weeks.

RELATED: What does emergency use for a COVID-19 vaccine mean?

Morningstar said he did have symptoms for a few hours after the injections, but he said it was ‘a walk in the park’ compared to the alternative.

The UNCC junior said he decided to help after feeling like he was watching and waiting during most of the pandemic.

“I've been spending the past seven or eight months or so just twiddling my thumbs waiting for this whole nightmare to be over, and I just found myself frustrated I couldn't do anything about it,” said Morningstar.

Morningstar witnessed UNC Chapel Hill cancel in-person classes as COVID-19 spread.  When he learned about the Moderna trial at UNC, he jumped at the chance.

RELATED: How mRNA vaccines from Pfizer and Moderna work to provide COVID-19 protection

“I saw it as a good opportunity to take action,” he said.

After each of the two injections, Morningstar says he had short-term symptoms, including chills and a fever.

“I got a fever, I think it got up to like 101, but I took two ibuprofens and it went away within a couple hours, and that night I was back at 98.4,” said Morningstar.

Moderna announced their vaccine is about 95% effective and there were no significant safety concerns reported.

“The side effects aren't really a concern for me,” said Morningstar.  “Especially considering the alternative which is COVID, which is has hospitalized even some people my age, this vaccine was a walk in the park.”

Rachel Lieff Axelbank who participated in the same vaccine trial said she hasn’t had any major issues either.

“I noticed my temperature was up maybe a degree in a half for the first 18 hours,” said Lieff Axelbank.

“I would strongly encourage people to get vaccinated so we can get the ball
rolling on ending this nightmare,” said Morningstar.

With everything at stake, Morningstar’s message to anyone who is hesitant about taking the vaccine is don’t be afraid.