Hervis Rogers claims he was unaware that voting while on felony parole was illegal in Texas. 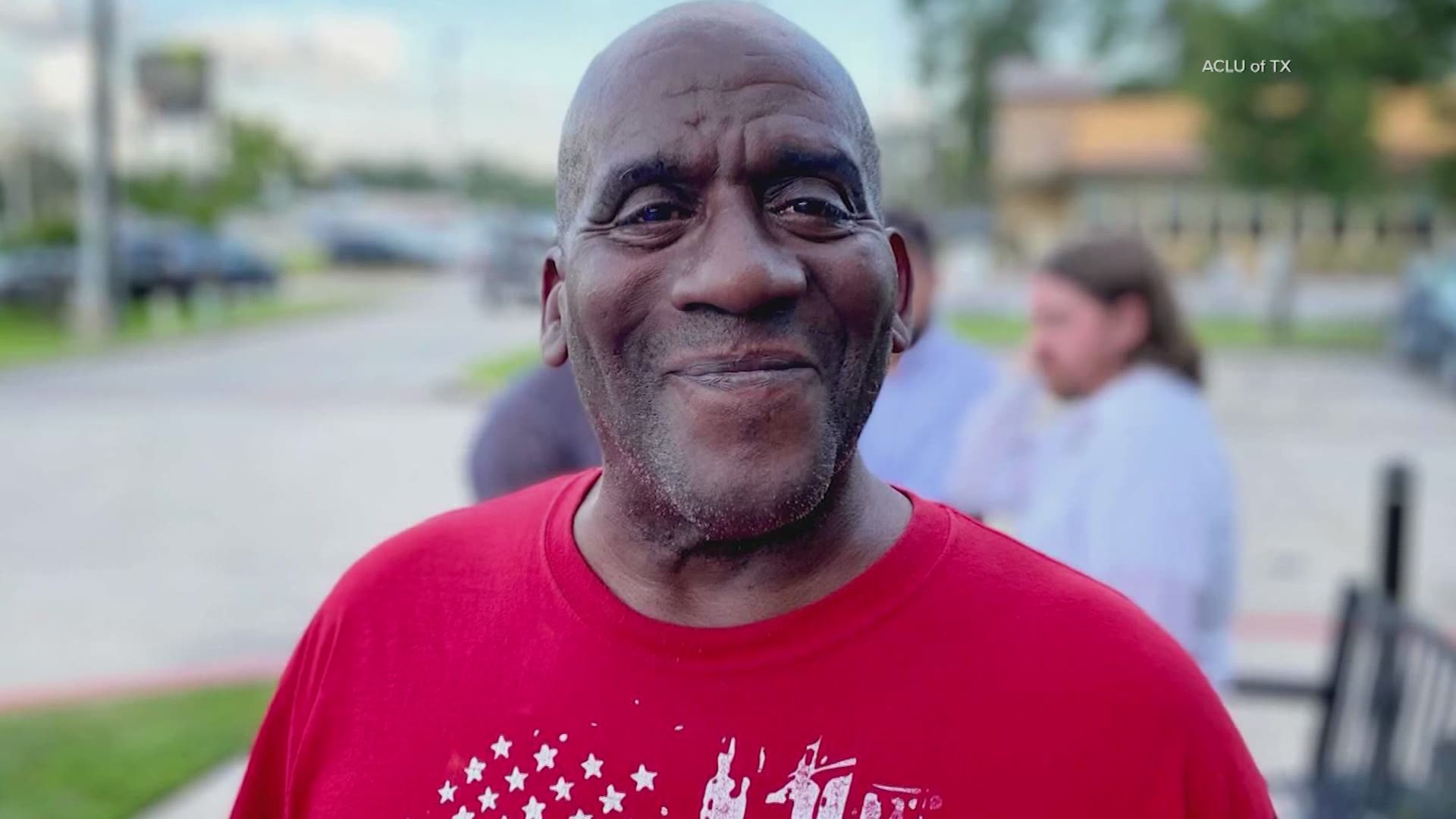 HOUSTON, Texas — It was well after one 1 a.m. when Hervis Rogers finally exited a TSU polling place in March of 2020 after waiting in a long line for some six hours.

"I feel like it was my duty to vote," said Rogers at the time.

It's something that resulted in lots of media coverage then and Rogers's arrest more than a year later.

"He’s charged with having voted while being ineligible to vote,” said ACLU of Texas legal director Andre Segura.

Segura conceded that Rogers, who got help making bond this weekend, is a convicted burglar and, under Texas law, is prohibited from voting while on felony parole.

But he said Rogers was unaware of the rule that should be better explained to people.

“No one would stay in line that long if they knew it was wrong.” Hervis Rogers got attention in 2020 for waiting 6 hours to vote. Now he’s facing 20 years for doing so. But @ACLUTx says a law prohibiting parolees from voting was news to him. More: @KHOU at 4:30 + 6:00 #khou11 pic.twitter.com/nDhQ2s5EDs

"And, right now, what’s important and what everyone should think about is that Mr. Rogers thought that he was doing the right thing,” said Segura.

Rogers is being prosecuted by Texas Attorney General Ken Paxton’s Office, which doesn’t comment on pending cases. Although Paxton tweeted that Rogers is “a felon rightly barred from voting under Texas law."

“I prosecute voter fraud wherever we find it,” Paxton added.

"In 20 other states, what Mr. Rogers is alleged to have done would be fine and perfectly legal,” said Segura.

The arrest came just a day before the Texas Legislature began a special session to take up, among other things, a controversial voting bill.

And Rogers was indicted in more conservative Montgomery County, not Harris County, where he actually lives.

“Democrats will see this as malicious, as evil," said KHOU political analyst Bob Stein. "They’ll see it as manipulative and grandstanding."  "The Republicans will say “we told you, voter fraud.”

Rogers faces decades in prison for allegedly voting illegally at least three times whether he knowingly did so or not.