Rep. Walker wrote on Twitter: "China’s lack of transparency created this. Now we are asking American taxpayers to foot the bill? Not hardly!" 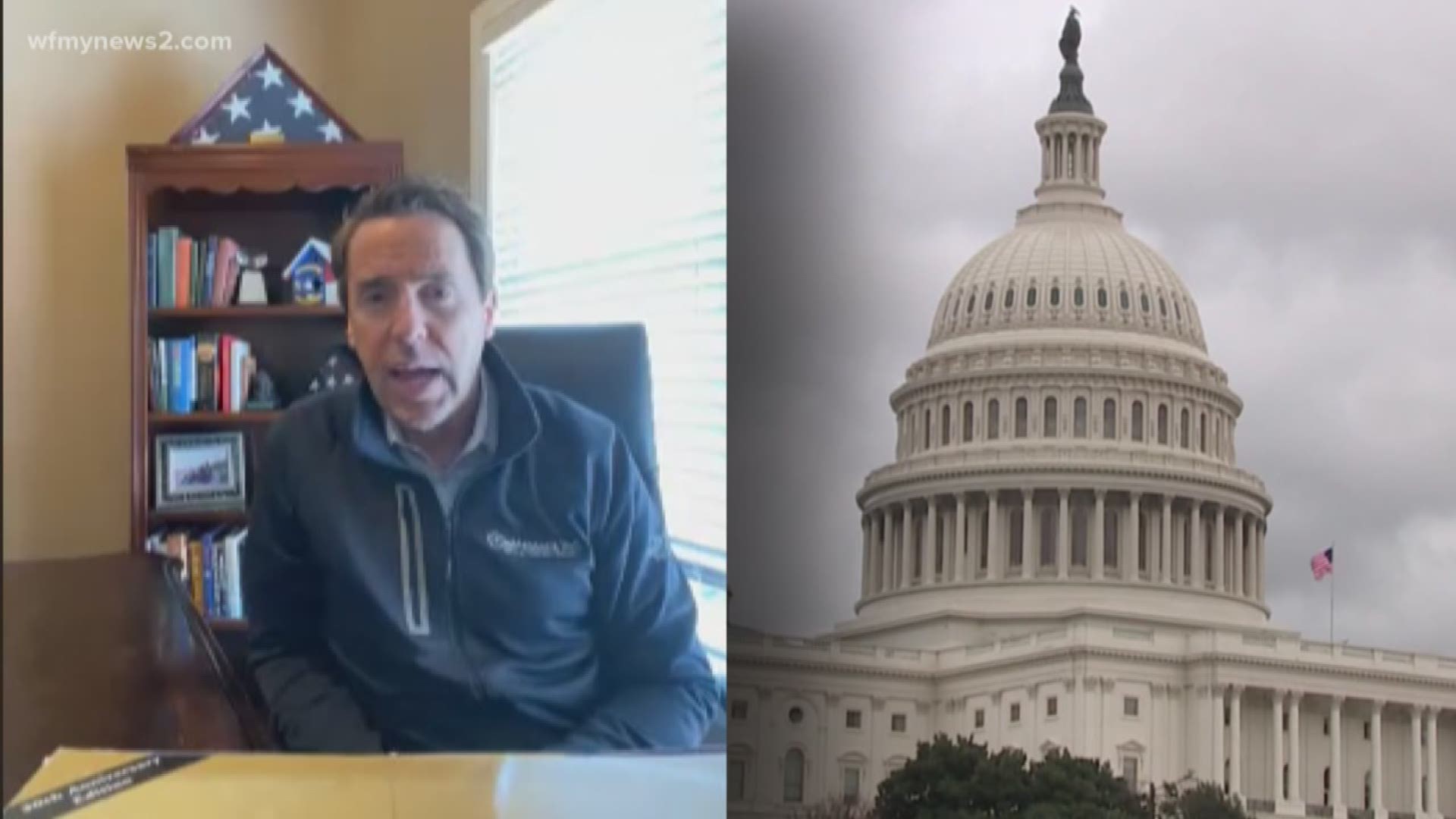 GREENSBORO, N.C. — A North Carolina congressman is working on legislation that would make China pay for the multi-trillion dollar coronavirus relief package passed by the federal government on March 27.

Rep. Walker wrote: "China’s lack of transparency created this. Now we are asking American taxpayers to foot the bill? Not hardly! I am working on a plan to make the Communist Party of China pay for this stimulus package. More to come soon."

WFMY News 2 spoke with Rep. Walker on Sunday about the legislation. He said the bill's framework has already been completed and its main points outlined, and now they are fine-tuning it to make sure the procedural aspects are correct.

"The whole reason behind proposing such legislation is to make sure that we are holding China accountable," Rep. Walker said.

Walker is the Ranking Member of the Subcommittee on Intelligence & Counterterrorism for the Committee on Homeland Security.

"If you look at the timeline when they first discovered what was going on in the wet market, to the time they were reporting this, even to the World Health Organization, to other countries, that time lapse was crucial and it really probably created more of an international situation than what we needed, if we had a few more weeks heads up to be able to curve some of the disaster we are seeing specifically when it comes to the toll of human life," Walker said.

Reports by the Associated Press indicate to date there is no "smoking gun" that China's ruling Communist Party covered up the virus' spread. But there are indications that more people became sickened with and died from COVID-19 than is officially reported in their data, according to the AP.

There have already been lawsuits filed by Americans against China's government, accusing them of hiding information about the outbreak and seeking billions of dollars in damages.

Rep. Walker said that China's government continue to carry out cyberattacks against the United States -- even during the COVID-19 pandemic. He said this behavior adds to his conviction that China should be held accountable.

"Even during a time America is facing a crisis, more positive results of COVID19 than any other country according to our science at this point, China still behaves in this certain way," Walker said. "I believe we should have some bipartisan support of holding china accountable at least in some measure."

When asked how the Chinese government would specifically be held financially accountable, Walker said, "I hope this isn't something that's just aspirational or a shot in the dark. I do believe there is some merit. Right now our focus is to make sure that we are salvaging human life, we are in a survival place."