An England police officer has been fired after a video was posted on Facebook of him telling a group of black men that they "don't belong" in his city. 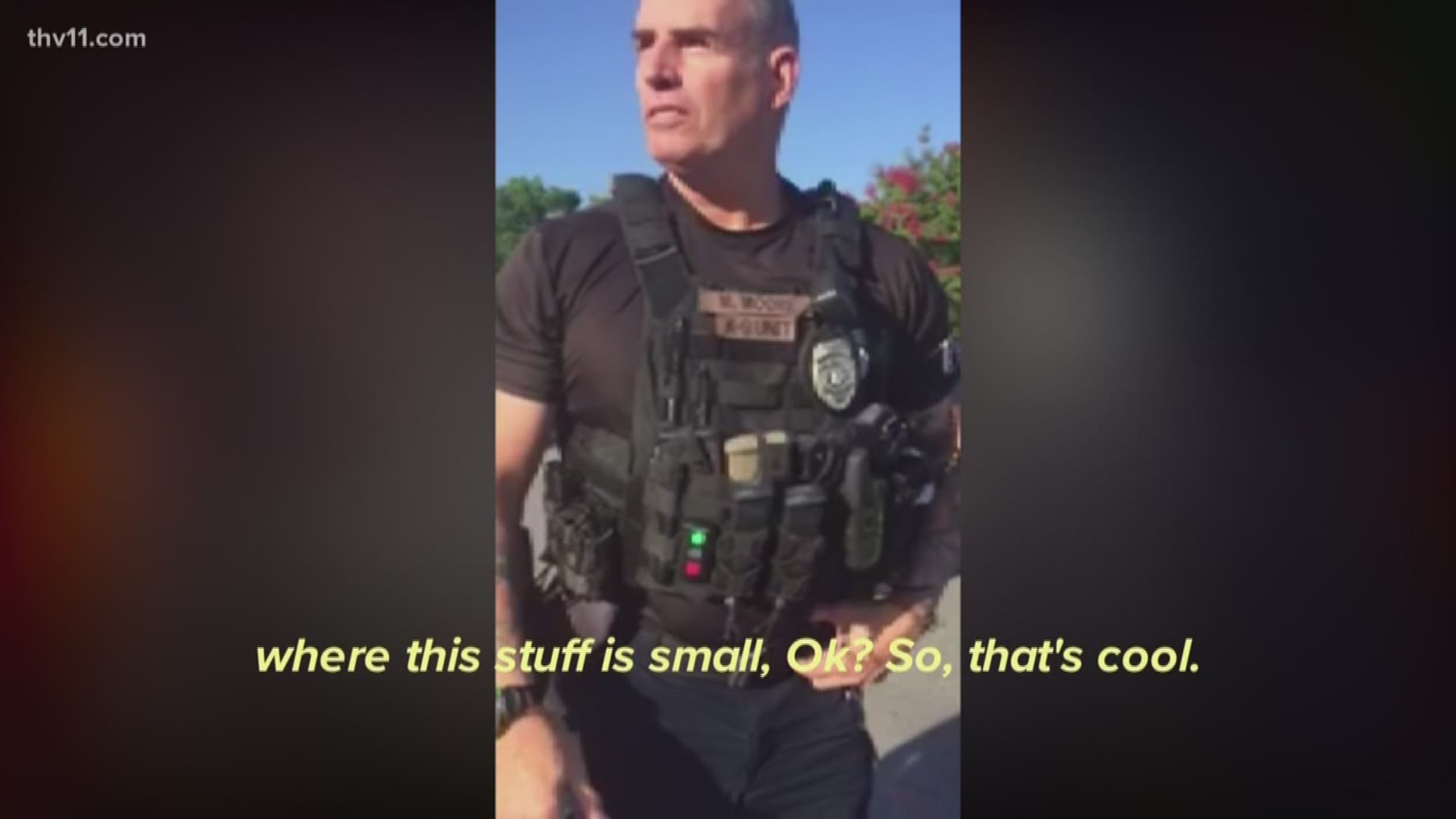 An England police officer has been fired after a video was posted on Facebook of him telling a group of black men that they “don’t belong” in his city.

Although the video was posted on Tuesday, it was filmed on July 21 by Demarcus Bunch in his hometown. He and his cousin Shannon Scribner were in town shooting a music video.

They told us the from the first moments they entered the small town of nearly 3,000 people that Officer Mike Moore was on their heels.

"With all the racial discrimination that's going on across the world, will I be another victim? Will I be a statistic?” Bunch asked.

Both Bunch and Scribner said they weren’t doing anything wrong and think that Moore and Chief Danna Powell should be held accountable for his actions.

Bunch said that while they were filming a part of their video, the officer allegedly slowed down and parked nearby until the group packed up and left.

“I was wondering, ‘Why is he doing this,” Bunch wondered. “We’re in small England. Everybody knows everybody.”

Feeling uncomfortable, Bunch and the filming crew went to their final shooting location.

The officer pulled in shortly after them.

"He slowed down again just to see what we were doing,” Bunch said. “That's when my cousin and I said, 'Let's go let him know who we are and what we are doing.’”

Bunch and Scribner's uncle is also an England police officer.

In the video recorded by Bunch that was posted on Facebook, the group talks to Moore.

Below is a transcript of the conversation in the video:

Bunch: "We are Dale Scribner's nephews."

Scribner: "We are here just trying to record a video."

Bunch: “We just noticed you’ve been following us everywhere.”

Ofc. Moore: “You know why? Because you don’t belong in my city.”

Ofc. Moore: "But you understand, I know who my people are, right, who belongs here and who doesn't? We've got gang wars going on, we've got all kinds of stuff. I come from the big city where this stuff is small, okay? So, that's cool. Do your thing."

Bunch: "You said we don't belong in your city, though?"

Ofc. Moore: "Can I say something? I have never seen you here before, and I know almost everybody here."

Ofc. Moore: "Well good for you, my name is Mike Moore. I'm not from here. Step away from my car, I'm about to get my dog out."

The officer allegedly stayed in the area for nearly three minutes, getting his K-9 out of the vehicle then putting it back in.

Bunch said he talked to another uncle, Kevin Scribner, who advised they reach out to Chief Powell.

"We wanted to give the chief the opportunity to perform her investigation,” Scribner told us. “So we held the video close to our chest and waited for her to provide a response.”

It has been 15 days since the men filed their official complaint. They say they still haven't received their copies or the findings of the police harassment investigation.

On Tuesday, they released the video on Facebook, where it has been shared nearly 1,000 times.

Chief Powell would not agree to go on-camera.

During our investigation, Officer Michael Moore and the Lieutenant that has been interviewing Bunch and Scribner both came to the England Police Department from the Lonoke County Sheriff's Office.

Lonoke County Sheriff John Staley said Moore was terminated from his position at the sheriff’s office prior to his employment at the England Police Department, where he was also fired.

"It is not a race issue, it is a personality issue. He was terminated from Lonoke County Sheriff's Office because he couldn't get along with other officers and other agencies," Staley said.

Rizelle Aaron, a former England police officer and community activist, said he also filed a police complaint against the department after an incident in October after a homecoming football game.

"The summarized version of what happened is an investigative stop," he said. "I told him, 'I used to be a cop.' He said, 'Where?' I said, 'Right here in England. You don't have the right or probable cause to pull me over.'"

Aaron said the officer claimed he was concerned about the safety of another officer that he alleged Aaron was following with his high beam lights on.

"We hadn't been following anyone around," Aaron said.

Bunch said he hopes Moore is not allowed to work in law enforcement again after the interaction that was caught on video.

"Personally, I feel like the Chief should be held accountable as well for allowing him to even continue to work as long as he's worked after showing of the video,” Bunch said.

Powell sent a press release Wednesday evening saying that Officer Michael Moore was terminated from his position on the police force.

This article has been updated to include the news of Moore's termination.