Ishmale Powell said he applied for dozens of scholarships but has yet to get a positive response from anyone. The lack of money is poised to jeopardize his future. 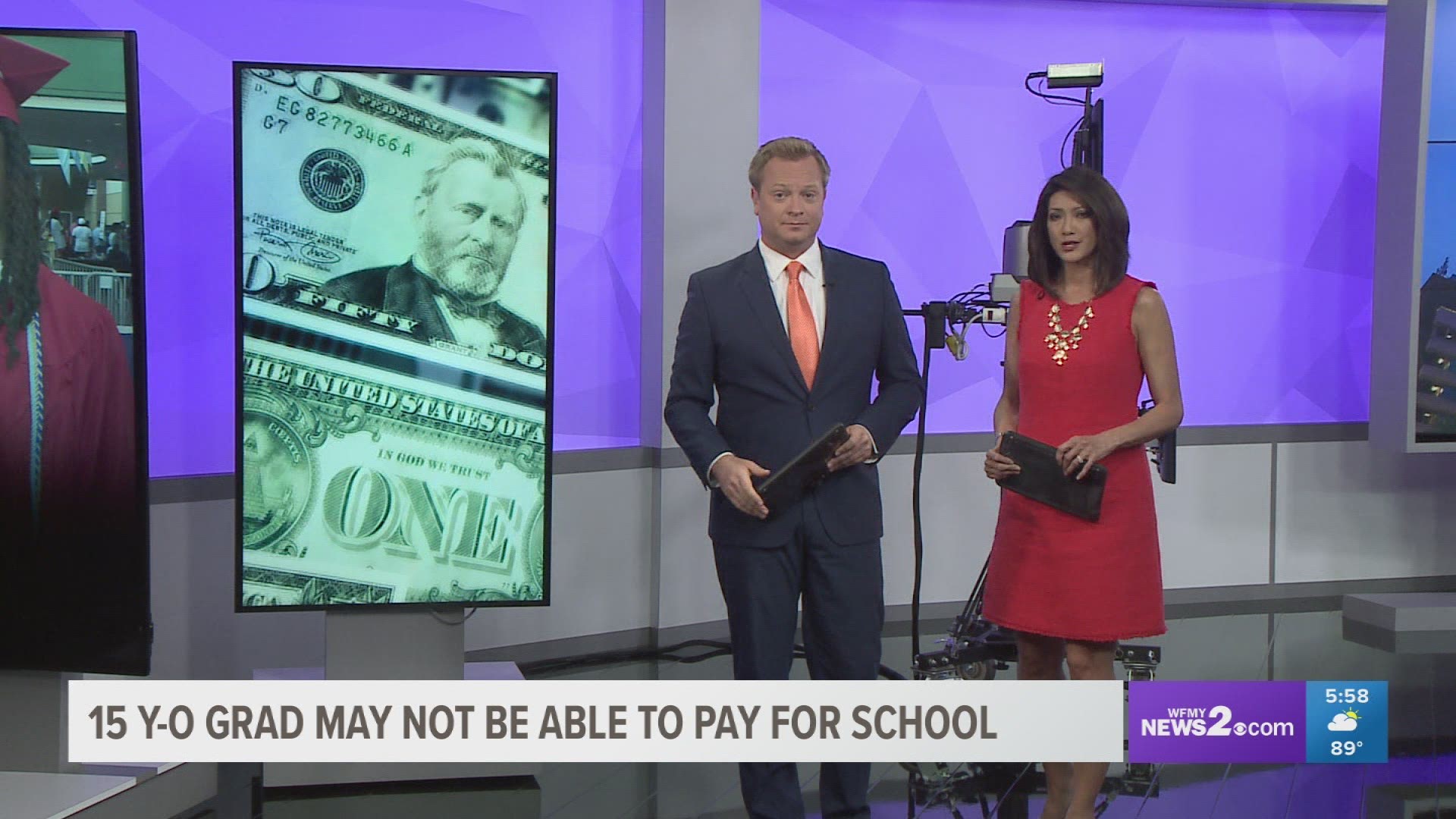 GREENSBORO, N.C. — A 15-year-old prodigy who graduated with a 4.5 GPA from Page High School in Greensboro Thursday has hit a bump on the road to college.

Ishmale Powell said he applied for dozens of scholarships but has yet to get a positive response from anyone. The lack of money is poised to jeopardize his future.

Powell and his family were nothing but smiles and laughter at the Greensboro Coliseum where the graduation event took place.

"It is unbelievable, it came so fast and I just can't believe it, it feels great," said Ishmale. He skipped two grades and took high school classes in middle school which catapulted him into his senior year two years early.

The teenager plans to start studying this summer and preparing himself for the next step. He is headed to UNC Charlotte in the Fall to study computer engineering as a major and aerospace engineering as a minor. Ishmale want's to be an astrophysicist, but the reality of what lies ahead is setting in and the challenges are mounting.

"Going at such a young age, it might be difficult for me but I think I am ready, " said the bright-eyed young man. However, Ishmale is not ready financially and had hope with his academic excellence he would be offered a number of scholarships to choose from. But so far, every single scholarship he has applied to has turned him down.

"That's really worrying me. I'm not sure how I'm going to pay for tuition or anything because I come from a single-parent home and it's been rough," said a disappointed Ishmale.

"I have been always on my son real hard and trying to make sure he does the right thing," added Shawn Powell, Ishmale's dad. Currently, Ishmale has $3000 in Pell Grant and $6000 from the U-N-C system for his first year of college. Powell said he is on a fixed disability income and cannot afford the remaining $20,000 for the room, board and other fees (an earlier version of this article listed the out-of-state estimate of $40,000 instead of the In-state cost estimate).

So he has decided to move to Charlotte so that his son can go to U-N-C-C from home. "I'm trying not to think about the stuff now but it's really real because he's just walked across the stage," said the proud father.

The Powell's are holding out hope on one more option. They are still waiting to hear from Say Yes which Ishmale applied to as early as November 2017. But award letters will only go out in July or August and the funds will only cover the difference in tuition, not other fees.

"That's a situation where we were in college and you have a student to fit into that category to give us a call," said Donnie Turlington, the Interim Director of Say Yes Guilford. Turlington says it's possible Ishmale's age and the fact that he skipped Junior year played a factor.

He has begun a review of Ishmale's case and has met with the teen and his father. "High-performing students like him, we want to find a way that we can make sure we can break down the cost barriers involved with the college," added Turlington. "I just pray that a blessing will happen," concluded an optimistic Ishmale.

In the meantime, the teen took matters into his own hands and started a GoFundMe. Powell's GoFundMe asked for $20,000 and it's raised almost double that over the weekend after former NFL star Matthew Cherry tweeted about it.

To contact the Powell's, you can send an email to Powellof7@aol.com or pishmale@yahoo.com. If you are a Guilford County student and need more information on Say Yes or to check that your status is updated, contact 336-814-2233.