E-cig users, like smokers, may now have to pay more for life insurance 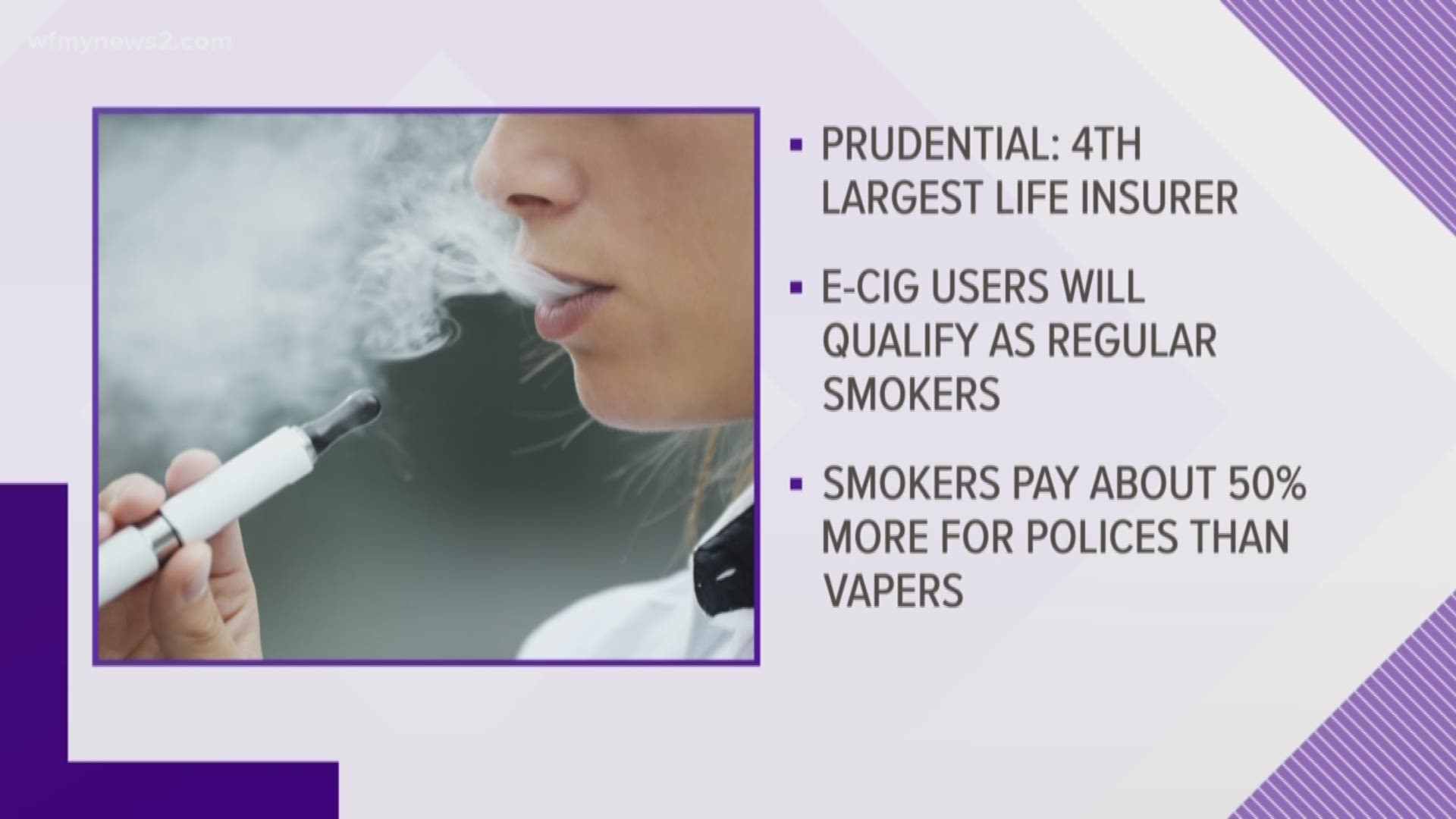 E-cigarette users may no longer be able to purchase life insurance at cheaper rates than those who smoke regular tobacco products. As more illnesses and, in some instances, deaths are reported from vaping, insurers now appear to be charging the same high premiums for both categories.

The nation's fourth-largest life insurer, Prudential, says vapers who inhale from a hand-held electronic vaporizer rather than a traditional cigarette will now be classified as regular smokers and pay more when applying for individual life coverage, according to a company statement on Wednesday.

"Prudential will reclassify users of e-cigarettes to treat them as smokers and in line with our cigarette smoking guidelines," a company spokesman said. "Smokers typically will have higher-priced policies."

Smokers pay about 50% a year more than vapers, according to the website Dipsurance, which provides insurance quotes. Those savings for a term life policy could amount to $350 to $800 a year, depending on the health of the applicant.

Prudential's announcement is the latest blow to the e-cigarette industry, which is already reeling from negative publicity, chain stores refusing to sell its products, as well as state regulators taking action against the once-burgeoning business. Earlier this month, the Centers for Disease Control and Prevention (CDC) warned against its use, citing more than 1,000 illnesses related to vaping and 18 deaths.

The tide of bad headlines is unfair to the e-cigarette industry, said American Vaping Association President Gregory Conley: "They are the result of so many governmental officials spreading misinformation and doubt about nicotine vaping products. Those illnesses and deaths are almost exclusively caused by the use of illicit and contaminated THC (marijuana) cartridges."

But that may not be enough to satisfy the conservative life insurance industry, which relies on extensive multi-year data to reach its decisions.

"There hasn't been enough statistical data to say whether or not they're as bad as traditional cigarettes. Let's not forget that it took 20 or 30 years before that connection was made," said Vice President Loretta Worters of the Insurance Information Institute.

"Before you pick up that e-cigarette, people should ask themselves, 'Is it worth the risk?' "she added.

According to insurance quote sites, other companies providing a discount to vapers include Global Atlantic Life, MassMutual and United of Omaha. The insurers didn't return calls or email requests seeking comment. The American Council of Life Insurers said it doesn't request this information from its members since insurers usually don't discuss premiums or policy guidelines.

E-cigarettes have grown in popularity because they're considered a way to wean traditional smokers off tobacco and don't have the harmful side effects of the contaminants in cigarettes, such as tar. Conley said studies have shown that nicotine vaping products pose at least a 95% less risk to the public than cigarettes.

Evidence of smoking either e-cigarettes or tobacco shows up in the blood test that is usually given to those applying for a life insurance policy. Term life policies, which generally expire after 10 to 20 years, offer no death benefit or payout at the end, as opposed to whole life policies, which do.