Greensboro has more ICU beds per person than national average 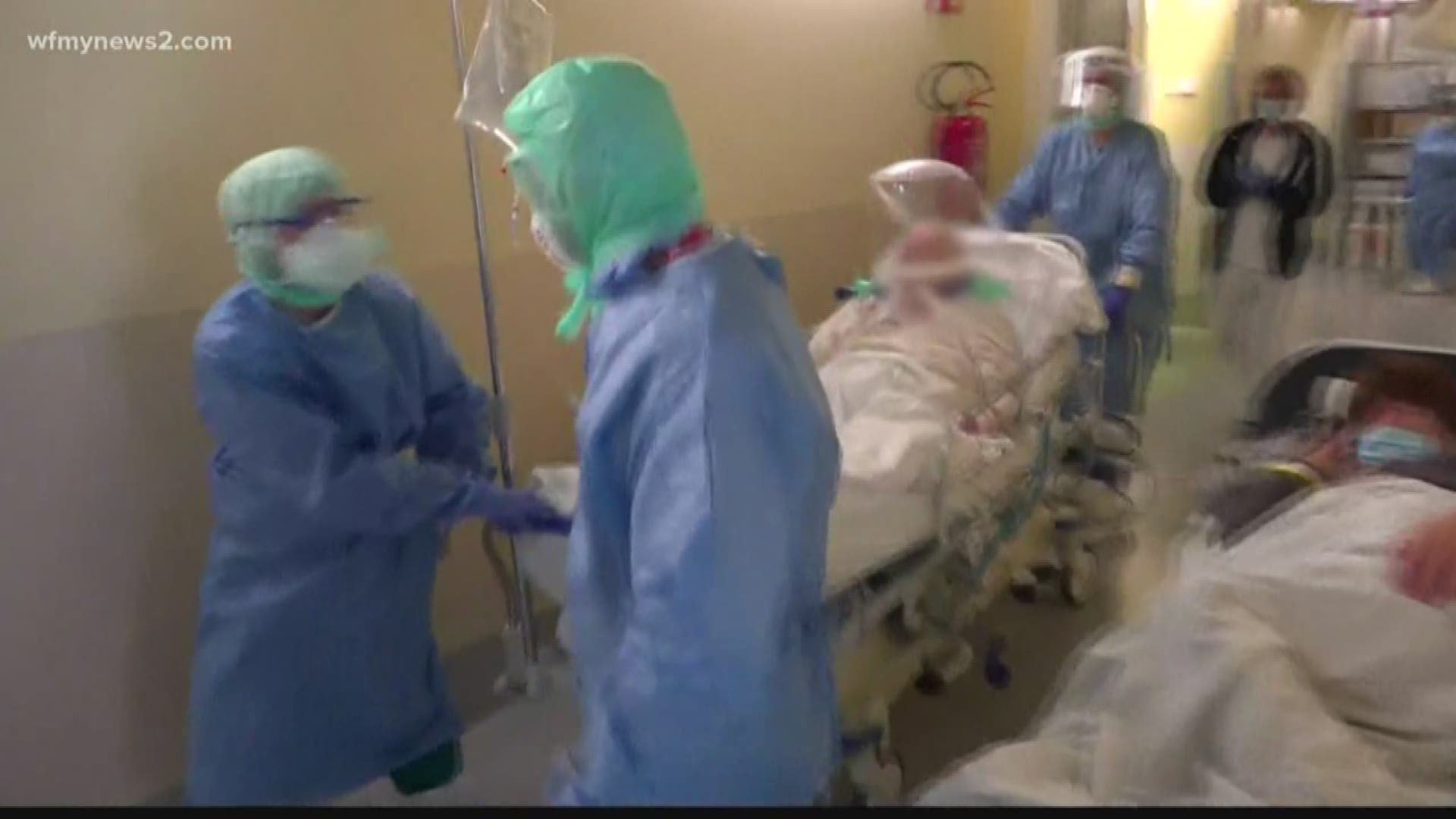 We’ve all seen the videos of hospitals overrun in Italy, patients forced to sleep in the hallways. That’s what made this article from NPR so scary.

Using data from Dartmouth Institute for Health Policy and Clinical Practice, they originally said Greensboro had the least ICU beds per capita in the entire nation.

“I understand why a community member would see this and be scarred. So I’m very happy to get the message out thorough you and other media sources to let people know this is not the case," said Dr. Brent McQuaid from Cone Health.

Credit: WFMY
Orginally NPR showed Greensboro having the least amount of ICU beds per captia in the entire nation. They later removed this part of the article.

McQuaid says he reached out to NPR which has seen updated their article to remove the claim about Greensboro. But the original idea is still being shared on Facebook. So here are the real facts:

McQuaid says Cone Health has 97 ICU beds in Greensboro. That's 33 ICU beds for every 100,000 people in our city which puts us above the national average of 29.

Plus they are working on creating more spots right now.

“We have a large number of beds that can be converted to ICU beds," McQuaid said.

Even though Cone Health and other Triad hosptials have a plan for when that surge in cases comes, health experts say it’s also up to us to stay home, help flatten the curve and keep the hosptials from being overwhelmed.

“There’s no health system on the planet that would be capable of managing this if we were to carry on with day to day living the way that we have been for decades," McQuaid said.

For proof, look to places that didn’t slow down in time like Italy.

RELATED: Impact of social distancing could take weeks to measure