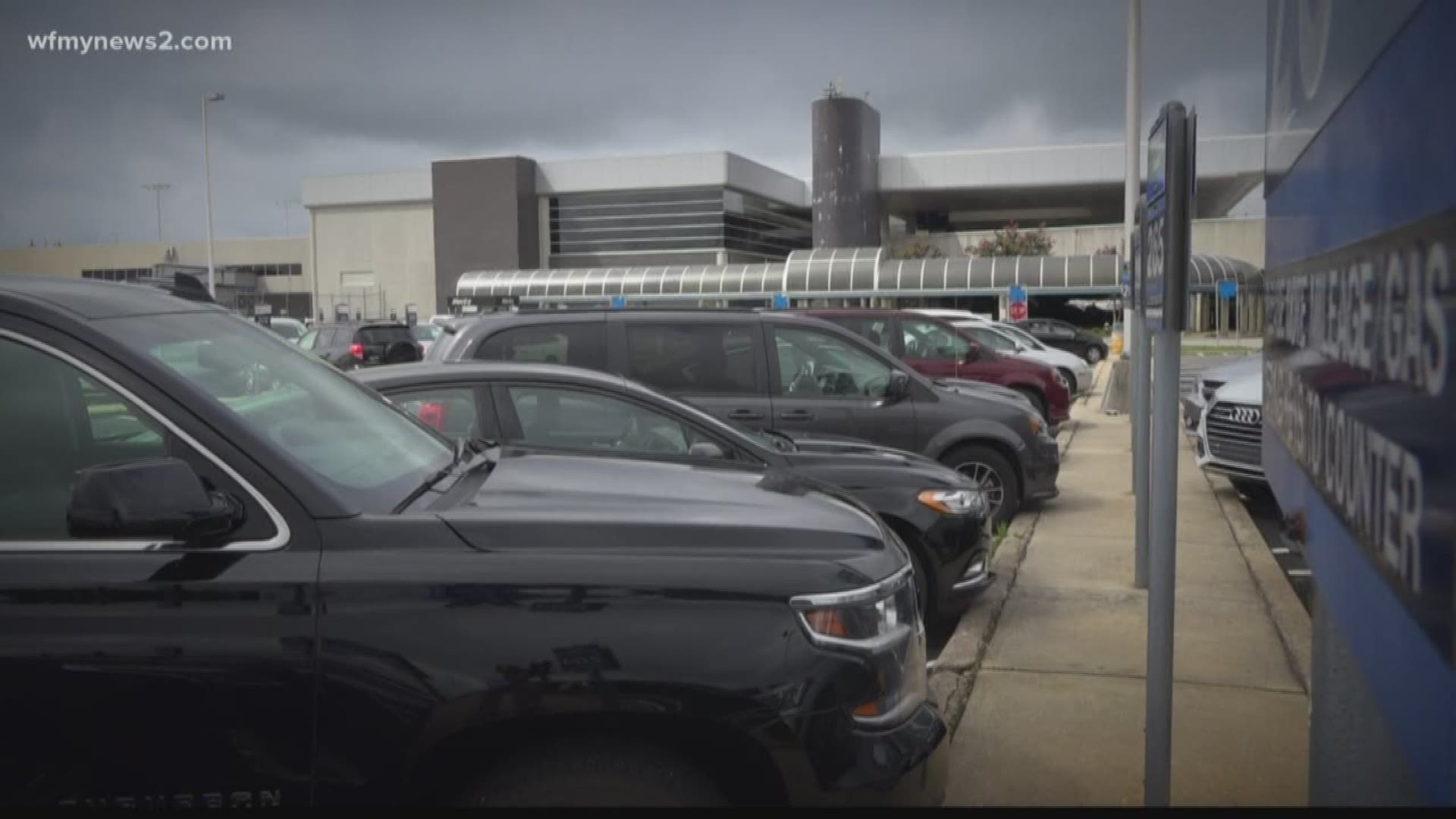 GREENSBORO, N.C. (WFMY)--Elizabeth Bilisoly was on the road for work as she often is and this time it was Philadelphia, “I travel a lot,” said Bilisoly.

Bilisoly decided to rent a car after after having an issue with her flight back home to Greensboro. She went to the Budget counter in Philadelphia and rented a Toyota Camry for the drive back to North Carolina.

Bilisoly pulled into the Budget parking lot at Piedmont Triad Internation Airport (PTI), in Greensboro, around 8:30 in the evening. “There was nobody outside to drop the car off with so I went inside,” said Bilisoly. She talked to a man at the counter who told her to put the car keys along with her contract in the metal box by the counter, according to her.

“I did what the Budget guy told me to do.”

A couple weeks went by when Bilisoly received a letter from Budget, “It was a certified letter saying I did not return the car.”

A few minutes after opening the letter she called Budget to sort out the problem. Bilisoly says the lady she spoke with said it was probably an oversight on their part and not to worry about it.

Unfortunately, that wasn’t the end of it and Budget would eventually email and call Bilisoly about the car, “They said I didn’t return it,” said Bilisoly. After talking with several managers and executives Bilisoly drove back to the airport to look for the car herself, “We drove up and down the isles looking,” said Bilisoly.

Confused and concerned about what actually happened Bilisoly says Budget kept calling and eventually told her if the car was not found they would consider pressing charges. Bilisoly said she had a voicemail from the repo guy telling her she was going to be arrested.

A Budget Rental executive told her they would charge her debit card $30,000 if they couldn’t find the car. Bilisoly went to Police herself, “I filed a stolen car report because Budget wouldn’t.”

WFMY News 2 reached out to Budget looking for answers. The company told us it was still looking into the matter and would not comment. A couple days later Bilisoly informed us the car was found at a Budget parking lot in Winston-Salem.

We called Budget again asking what happened? The company would not talk on the phone but sent us a statement:

"We pride ourselves on delivering an excellent level of customer service, and regret that on this occasion we failed to do so. The vehicle that Ms. Bilisoly returned had been erroneously logged in our system. We have worked with Ms. Bilisoly directly to reach a resolution."

Bilisoly says Budget has not yet apologized for the mistake and has only provided some coupons for any future rentals, “I will never, never rent form them again,” she says.

While this appears to be a simple mistake, Airport police tell us they often have cars stolen from the rental car parking lots at PTI.

There is no guarantee you won’t find yourself in the same spot Bilisoly did, so it’s probably a good idea to video yourself parking the car and dropping the keys off before driving away.