One veteran says he now wishes he hadn’t turned to Veterans Guardian for help with his disability benefits. 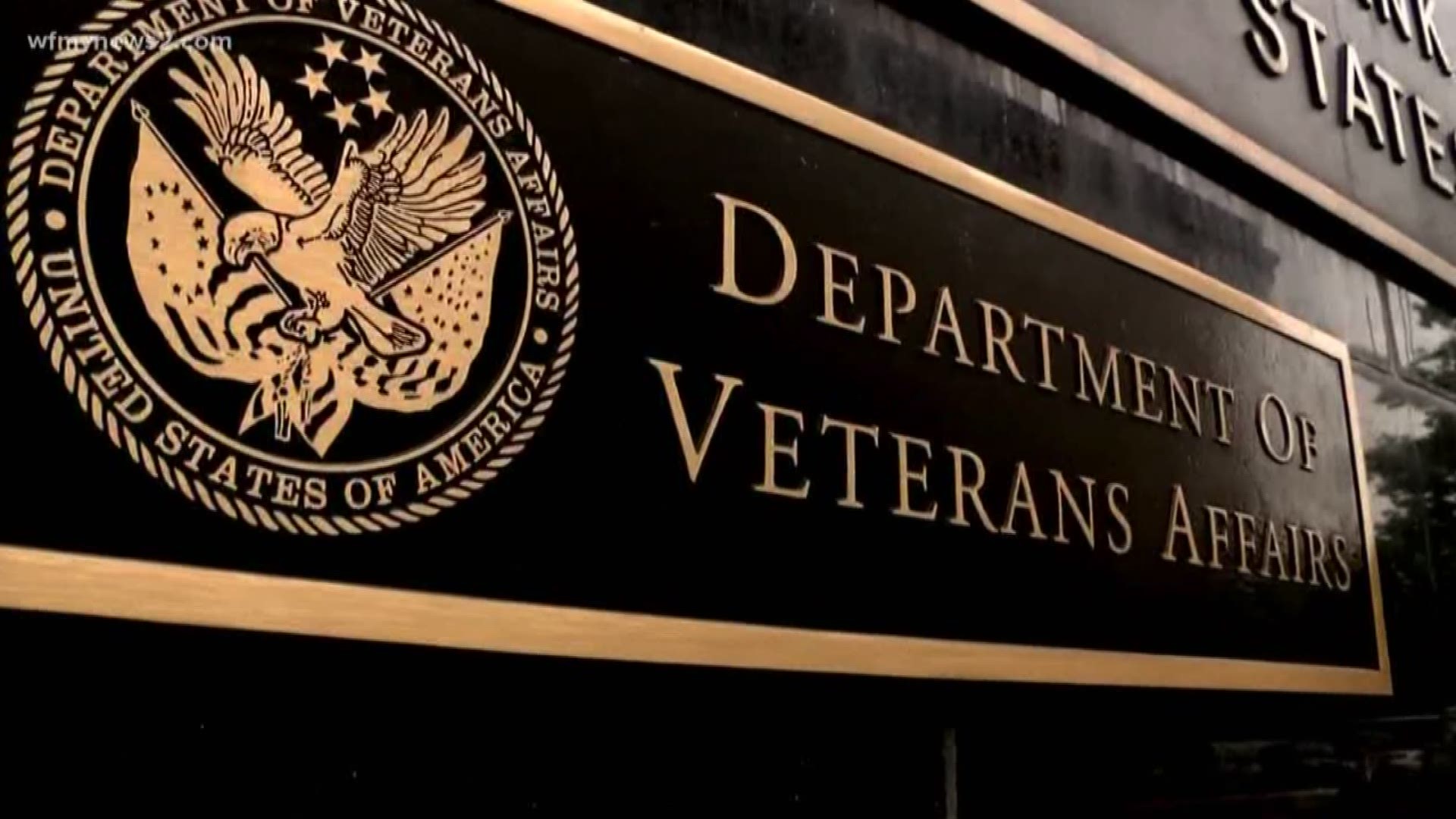 MOORE COUNTY, N.C. (WBTV) – A North Carolina company is charging veterans thousands of dollars for services obtaining disability benefits that veterans could get for free, a WBTV investigation has found.

The investigation started with a tip about a company that charges veterans to help them submit disability claims to the US Department of Veterans Affairs.

VA guidelines allow veterans to be compensated for long-term conditions ranging from hearing loss to orthopedic injuries to mental health issues including PTSD.

Scott Patterson was looking to apply for VA disability benefits after spending 17 years on both active and reserve duty in the Navy.

He told WBTV the process was full of government bureaucracy and specific regulations that made it hard for him to even submit his paperwork.

Patterson said he signed documents for his claim electronically and then Veterans Guardian submitted his claim to the VA on his behalf.

WBTV says he provided an email confirming his benefits had been submitted by the company. The email asks Patterson to tell the company if they hear anything from the VA.

Patterson said he got his disability rating, and the monthly check that comes with it, just three months after Veterans Guardian submitted his claim.

But the VA has warned veterans of companies that advertise themselves as benefit consultants in an effort to avoid having to follow the VA’s rules.

WBTV reports a 2018 article written by an attorney at the VA’s Office of General Counsel, which still links to the article on the office’s website, spells out the process by which the VA accredits representatives of veterans service organizations, attorneys and representatives to act on behalf of veterans in the disability claims process.

But, the article said, the VA has limited ability to police companies that are not accredited but still engage in prohibited conduct in the course of helping veterans obtain disability benefits.

The article specifically references “pre-filing consultants, who attempt to avoid the law that prohibits charging Veterans a fee for claims representation, by disguising their fee as a charge for ‘general information about federal benefits,’ and claiming that the benefit claim is filed ‘free-of-charge.’”

Veterans Guardian is not accredited by the VA.

“A ‘consultant;’ I don’t know if that’s a means of, you know, getting around the agency regulations but as an attorney, we’re also bound by the rules of ethics and the rules of professional responsibility.”

Adamson said she typically charges clients twenty percent of their back-benefits recovery at the conclusion of an appeal. But that’s after the veteran has submitted a claim on their own and then worked with her—typically for a number of years—on a benefits appeal.

WBTV asked Adamson specifically about Veterans Guardian’s practice of charging veterans five times the increase in their monthly benefits, including after an initial benefits submission.

A spokesman for Veterans Guardian declined an interview request with WBTV but said in an email the company does not submit benefits applications on behalf of clients. The spokesman stood by that statement in a follow-up phone call in which WBTV told him of the email Patterson got from the company confirming his benefits had been submitted.

“We are deeply troubled that WBTV would give credence and credibility to these accusations. Veterans Guardian has worked with more than 8,000 of our nation’s distinguished veterans to help them secure the disability benefits they are due for their honorable service to our country. The quality of our work is highlighted in our 5-star ratings across numerous platforms, including the Better Business Bureau.”

Patterson said he now wishes he hadn’t turned to Veterans Guardian for help with his disability benefits.

“Finding out what we found out, I would not recommend them,” he said.

He said he and his wife still have not paid the company the thousands of dollars they owe the company after getting their benefits.

“Was it worth it?” a WBTV reporter asked.

“Not for the amount,” Patterson’s wife, Victoria, said.

Veterans in North Carolina can get free help submitting initial benefits applications to the VA by calling their county’s veterans service officer.