Quest's Data Breach Means One Thing For You

If it wasn't this data breach, you've been affected by another. Here's how to prevent scams. 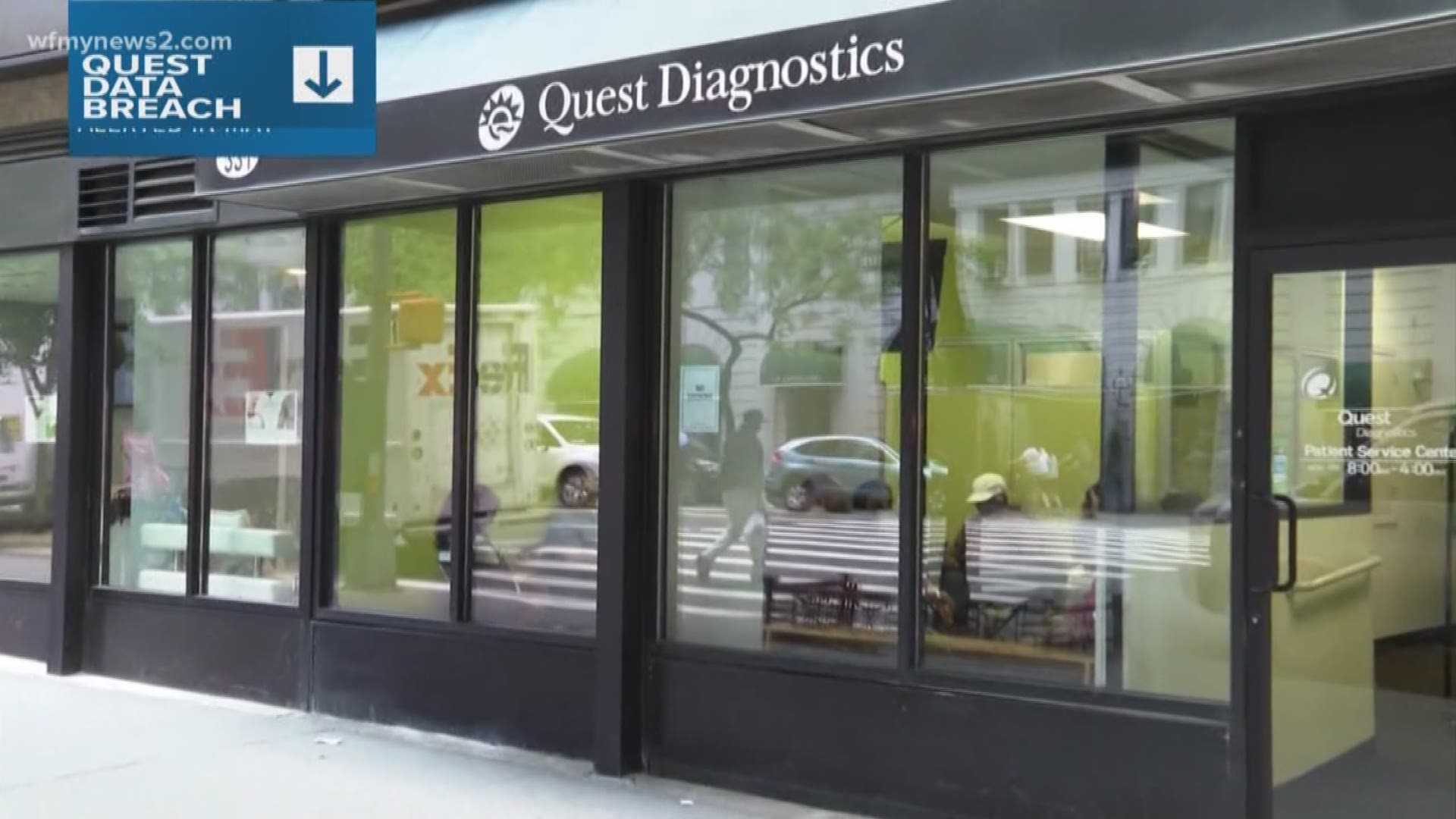 GREENSBORO, N.C. — Need a blood test for work? The doctor's office? There's a good chance you went to quest diagnostics. It's one of nation's largest blood testers and they just had a major data breach.

Quest Diagnostics says they were alerted in May that an unauthorized user got into third-party billing vendor American Medical Collection Agency's system and accessed all kinds of private information.

That could include things like medical records, social security numbers, and even credit card and bank account numbers.

RELATED: Another Breach! How To Check and Freeze Your Credit NOW!

"It's outrageous," Delbert Thompson said. "So far, knock on wood, I haven't personally been affected that I know of."

And that’s the key phrase, "That I know of." Think about how many data breaches there's been. Target saw up to 70 million customers affected. More than 145 million consumers were compromised in the Equifax data breach. And about 3 Billion Yahoo accounts were compromised back in 20-13 and 20-14.

And those are just the big ones. You've probably had your information compromised at some point.

So here's what you need to do. You’ve got to freeze your credit. It’s the most effective way to prevent hackers from doing anything with your money.

There’s a step by step guide on how to do it. It's right under this sentence.