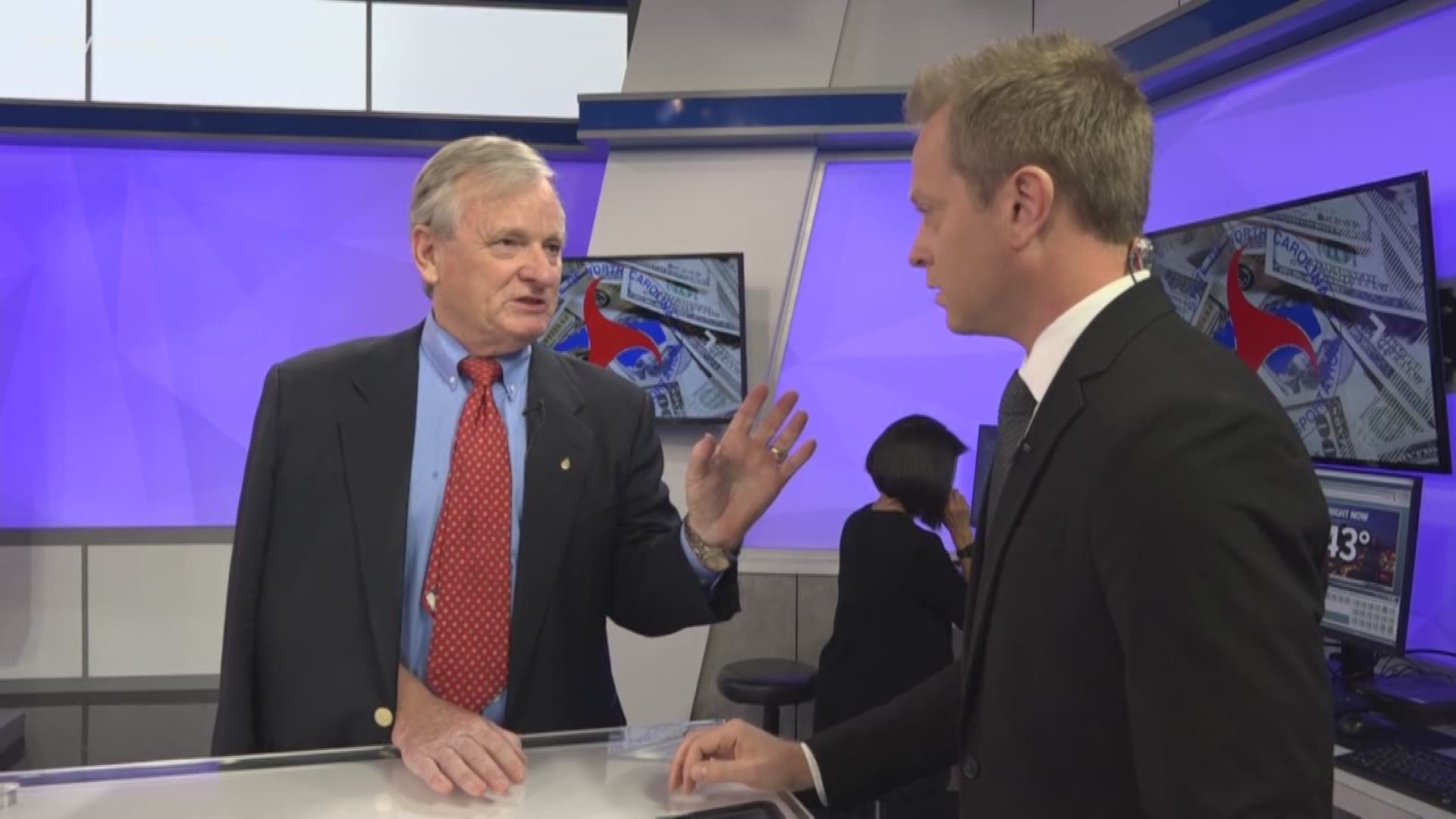 GREENSBORO, N.C. — State Treasurer Dale Folwell is looking for a change in the state Department of Transportation.

Treasurer Folwell says the NCDOT has spent $2 billion dollars over budget this year alone. So, we spoke to the treasurer about what exactly is happening at the NCDOT.

Q: What is the hardest part about running our state budget?

A: Well as the previous story talked about, it all starts with discipline. Especially when you're dealing with the state purse and taxpayer money. The legislature sets the budget, but each department has the responsibility of living within theirs.

Q: What lead to this overspending and did severe weather play a role?

Q: There were some headlines last week where you called for the governor to remove the DOT secretary and said we need to fix the overspending. So how do we do that?

A: Well you fix the overspending by living within your budget so that you are not harming taxpayers, you're not harming the roads themselves, road contractors who depend on this work, and we need to have a sustainable plan. The second piece of this is to transfer the spigot of money from the department of transportation to the office of state management budget. You know the governor runs both of those things. So let the office of state management budget control the money spigot, let the DOT do what they do best, which is build roads.

The DOT Secretary of Transportation released this letter in response to Treasurer Folwell's comments from last week.